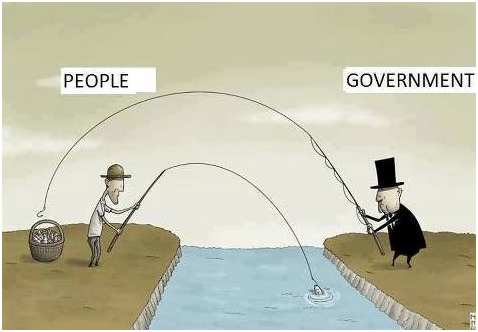 Gold bounced sharply higher yesterday as traders went long, leading to a bout of short covering. Gold looks very oversold according to the relative strength index and other indicators. Gold was also supported by the emergence of Indian demand as jewellery, coin and bar providers stocked up at these lower prices for the ongoing marriage season.

Ongoing speculation that data tomorrow may reinforce the case for the Federal Reserve to cut back on its radical $20 billion per week bond buying programme is making traders hesitant to go long.

This is leading to a lack of bullishness and animal spirits in the paper gold market. But the global physical market is seeing a different dynamic with continuing robust global demand and gold demand set for new records this year – particularly in China and Asia.

Indian gold premiums hit another record today, driven by low supplies to meet firm demand for weddings, which will continue until May. Local prices were $150 to $160 per ounce higher than London prices, compared with $125 earlier this week, traders said as reported by Reuters.

Shanghai gold closed at $1,259.88/oz, a premium of $22 over COMEX prices showing Chinese demand continues. Chinese New Year is on January 31, 2014, and we would expect to see renewed Chinese buying on this latest dip in prices. 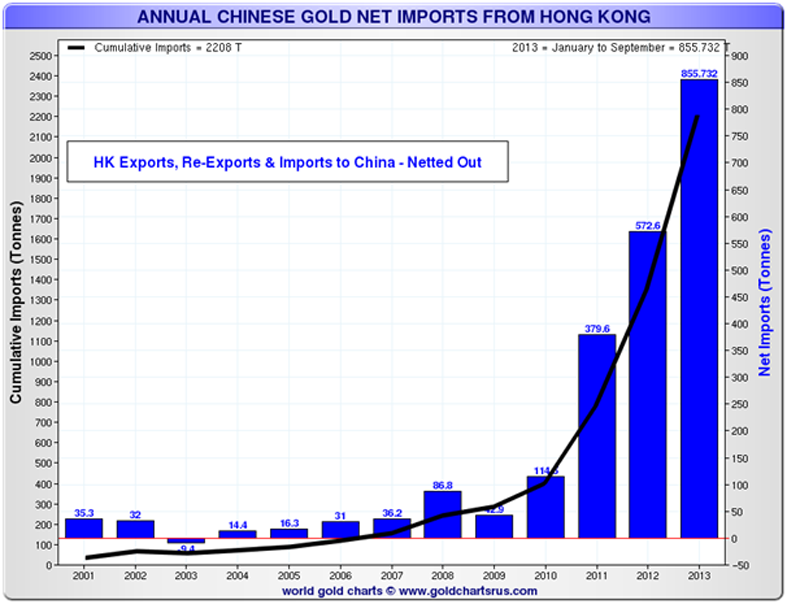 Chinese imports through Hong Kong alone are set to top 1,000 tonnes this year and this does not include other gold imports into China ex Hong Kong. Therefore, total Chinese gold demand could be as high as 2,000 tonnes. Total annual gold supply is expected to be around the 2,700 tonne mark. Therefore, China could swallow up nearly 75% of global gold mine supply.

It is important to note that the huge demand in tonnage terms, 1,000 tonnes and possibly as high as 2,000 tonnes, is only worth roughly $39 billion and $78 billion in dollar terms or nearly what the Federal Reserve is printing every single month since late 2012.

Why Bail-Ins Are Important To Investors, Savers and Corporate Depositors
‘From Bail-Outs to Bail-Ins: Risks and Ramifications’ is a research document about one of the most important risks facing investors, savers, corporate and all depositors today – bank and financial institution bail-ins.

Preparations have been or are being put in place by the international monetary and financial authorities for bail-ins of both banks but also other financial institutions. The majority of the public are unaware of these developments, the risks and the ramifications. 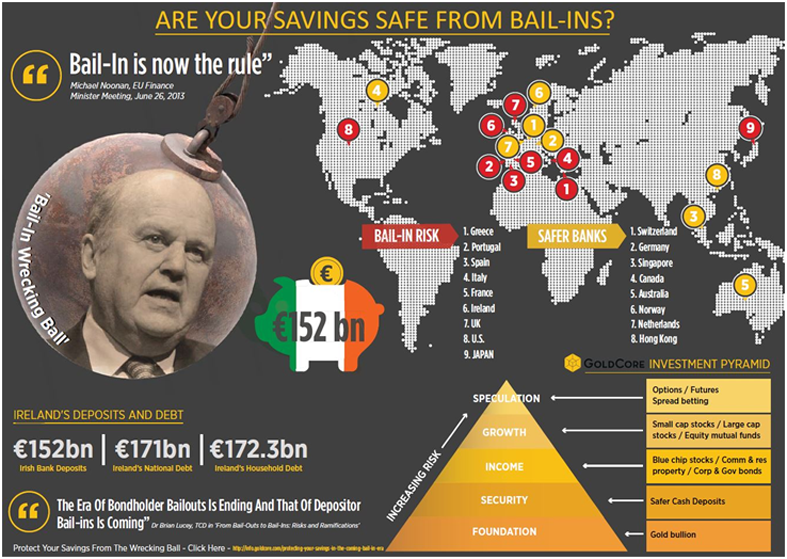 In March 2013, the EU and IMF spearheaded the restructuring of the troubled Cypriot banking sector. Although the terminology of bank ‘bail-ins’ first entered public consciousness during the Cypriot financial crisis of March 2013, the idea of bail-ins as a central bank rescue mechanism has been openly discussed for a number of years amongst international central bank policymakers.

Cyprus became the defining event since it revealed the preparations and planning of international banking regulators and governments at the highest levels for the coming ‘Bail-In Regime’.

The market’s expectation was that Cyprus would be similar to previous Eurozone rescue packages applied to economies such as Greece, Ireland and Spain, where banks had their losses ‘bailed-out’ by governments, with the bail-out cost and risk transferred to the sovereign nation and funded by the taxpayer.

However, the backlash from taxpayers and certain political parties and a vicious circle of sovereign bank-induced debt was leading to recessions and the possibility of an economic depression. This may have contributed to the international monetary authorities, central banks and governments altering the approach to burden sharing, pushing the losses onto bank depositors.

The important shift from bail-out to bail-in had not been signalled in a very public way. The market’s expectation was therefore confounded when Eurozone finance ministers imposed bail-ins on Cyprus. This forced bondholders to convert into shareholders, and critically, imposed an element of bank deposit confiscation and the forced conversion of these deposits into bank equity.

Never before in the public’s perception had bank deposits been countenanced as potential financing sources for the rescue of insolvent banks. The public was shocked by the freezing and confiscation of deposits and the use of them in a desperate attempt to prevent banks from failing.

The coming bail-ins regimes will pose real challenges and risks to investors and of course depositors – both household and corporate. Return of capital, rather than return on capital will assume far greater importance.

Evaluating counterparty risk and only using the safest banks, investment providers and financial institutions will become essential in order to protect and grow capital and wealth.

It is important that one owns physical gold and not paper or electronic gold which could be subject to bail-ins. 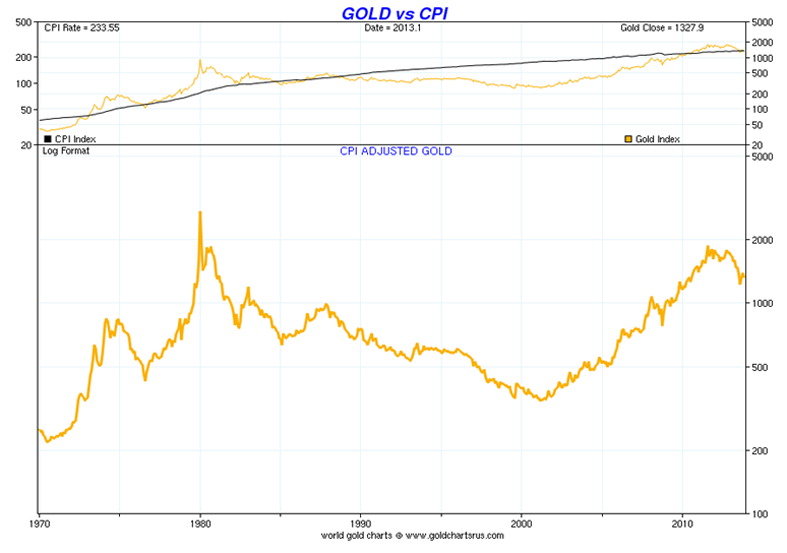 Owning a form of paper gold and derivative gold such as an exchange traded fund (ETF) in which one is an unsecured creditor of a large number of custodians, who are banks which potentially could be bailed in, defeats the purpose of owning gold.

Many in the financial services sector have paid lip service to diversification in recent years. This has led to many investors experiencing sub par returns and returns below the market rate of return. Those who have achieved real diversification involving owning inter
national equities, high credit bonds, property, cash and gold have been protected from the recent volatility.

If there is a failure to observe the fundamental tenet of investing in the coming years – real diversification – we may be subject to further financial pain.

Gold will again have a fundamentally important role to play in order to protect, preserve and grow wealth in the coming bail-in era.

Download our Bail-In Guide: Protecting your Savings In The Coming Bail-In Era(11 pages)

Download our Bail-In Research: From Bail-Outs to Bail-Ins: Risks and Ramifications (51 pages)