New York City Mayor Bill de Blasio took to the stage on Thursday to deliver his State of the City address – the sixth such one he has delivered since being in office. The theme was clear: money in the city is in the wrong hands and needs to be redistributed to others.

The State of the City address was uncharacteristically held at 11 o’clock in the morning on Thursday, after being held in the evening in years past. In fact, 2019’s busy media schedule and the “campaign like backdrop” that he delivered his speech in front of have been uncharacteristic for the Mayor. The socialist mayor has held five news conferences where he took media questions since the beginning of 2019. 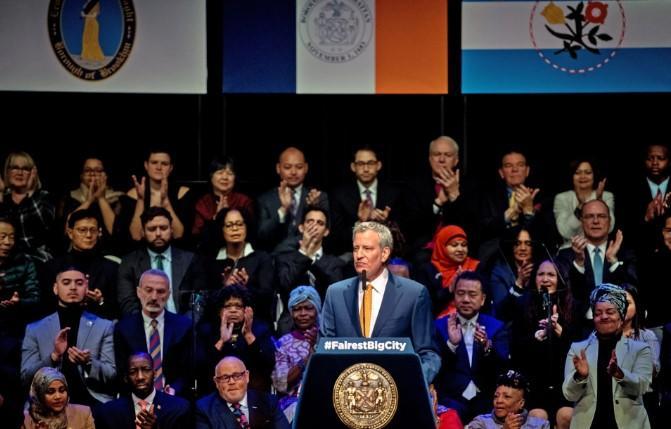 de Blasio, inspired by the raging success of Democratic socialist Alexandria Ocasio-Cortez, made sure that there was no confusion about what side of the aisle he was standing on. He pushed hard for progressive ideology and tried to do his best to position the city’s working class as victims of the system.

In addition to mulling over perfunctory pleasantries at the speech, like thanking city workers, his speech carried a tone that the NY Times described as making de Blasio out to be “Robin Hood”. The mayor continued: “This country has spent decades taking from working people and giving to the 1 percent. This city has spent the last five years doing it the other way around. We give back to working people the prosperity they have earned.”

He also addressed his plan to improve the city’s public hospitals and to help uninsured residents, in addition to plans introduce legislation to require paid vacation for workers in the private sector. 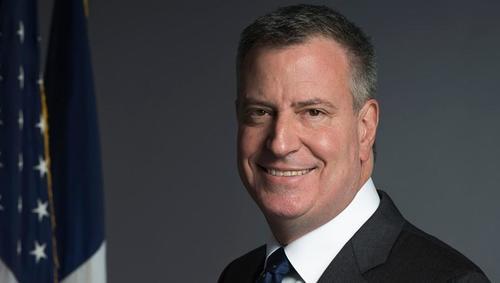 The Times also stated that de Blasio came off like a “life coach” at times. At one point during his speech, de Blasio channeled his inner Tony Robbins and asked: “Are you spending enough time with your kids? Do you have time for that? When was the last time you and your partner could go out on a date? Do you see your life getting better this year? Or are you just holding on?”

Of course, there was little mention of numerous bumps in the road to the socialist utopia that de Blasio has been on since his tenure as mayor. For instance the city’s public housing system was “tiptoed” around. de Blasio reportedly also did not mention his 2017 promise to bring 100,000 good paying jobs to the city.

His recent $3 billion tax gift to Amazon to bring them to the city – a plan that has been surprisingly unpopular with liberals – also was not brought up. Perhaps that $3 billion in wealth is going to the right hands, after all.

Those looking for more details or a full transcript of de Blasio speech can go here.