If the demand is there, the supply will show up.

This is likely going to be the business school case study conclusion years from now when someone first asks the question of why Costco was selling a 27 pound bucket of macaroni and cheese to begin with. And it will likely also be the answer when the discussion turns to how quickly the product has been selling out. 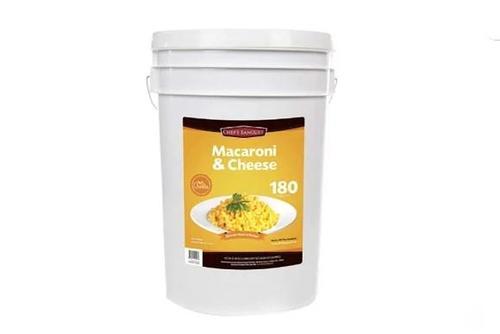 Just when you thought the country couldn’t get any more gluttonous, Costco has “blessed” its customers, according to the NY Post, with the massive “storage bucket” of macaroni and cheese. It contains 180 servings and six gallons worth of separate pouches of elbow pasta and cheddar cheese sauce. It sells for $89.99.

But don’t get this confused with any old grocery purchase – it’s listed on the company’s website under the category of “Emergency Kits and Supplies”. The reason? You can amortize your $89.99 purchase over the course of two decades, as the product has an astonishing listed shelf life of 20 years. This is sure to make it a mainstay in millennial’s parents’ basements bomb shelters and underground bunkers nationwide.

People Magazine also noted you can even fit “100 baseballs, half a bale of hay or your average 3-year-old child” in the bucket when you’re done with it. That’s the gift that could keep on giving well after 20 years has passed. 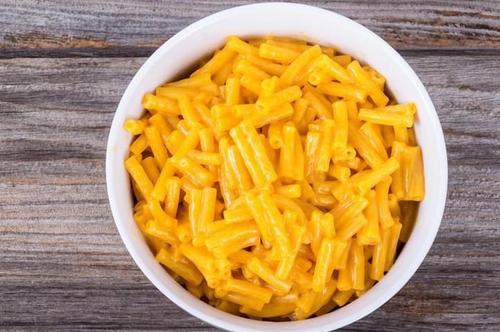 And of course, people are not waiting until Armageddon to crack open their bucket of mac & cheese. Consumer reviews have poured in on the item, and they’re almost all positive.

“Good stuff! We bought this for our grandson. He was here the day it arrived. We opened it and made it. Very pleasantly surprised. I have made it a couple of different ways. You can’t mess it up. Have purchased it again, and will continue to use it,” one review says.

“Honestly, I was expecting something that tasted horrible. I was surprised to find out that it was very good,” another says.

Don’t want to make the trip to the store to pick up your trough of mac and cheese? Costco.com will deliver it, too. But for right now, the product’s popularity has it temporarily out of stock.