I got a freak chart for you that’s stunning, but bear with me here because it requires some background and patience. Most of us are focused on the daily or weekly action and it’s easy to lose sight of big cyclical trends. We don’t think of them as they take a long time to unfold and the daily noise is so much more dominant. 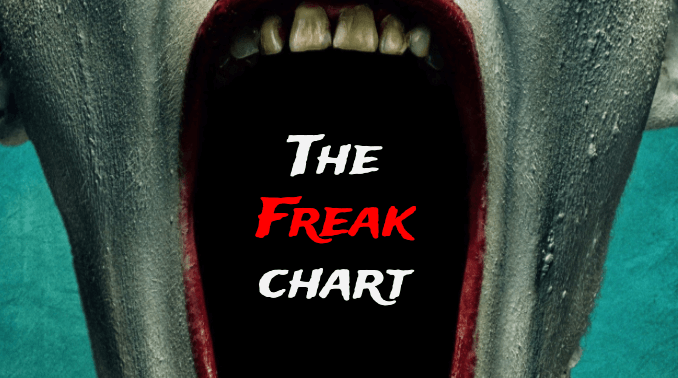 With the advent of permanent central bank intervention sparked by the financial crisis all of us have come accustomed to markets always going up with the occasional correction in between and the timing of corrections have seemingly become shorter and shorter. Big fat bottoms that happen after just a few days of temporary terror. We haven’t seen a true bear market since the financial crisis and even that one lasted barely more than a year as central banks stepped in. The last longer term bear market came after the technology bust in 2000 when markets bottomed in 2002 and 2003 and then proceeded onto the next bull market.

It didn’t always used to be this way. Going back to 1900 there were multiple extended periods of stock markets going nowhere and trading in wide chop ranges:

One could even argue that the period between 2000 and 2012 was such a period before markets finally broke above their 2007 highs.

But looking at this very long term chart we can note consolidation periods that were much longer, most notable the period between the 1960’s and the early 1980’s. No progress whatsoever, but then something happened and the answer should be obvious: The advent of personal computing, the internet and information technology. It changed everything and accelerated the world to never before seen wonders. But it also has come at a cost and we may be seeing the effects of this cost unfold in front of our eyes.

View it from a big macro perspective: Central banks have done their best to lead a global economy back to organic growth coming out of the financial crisis. The promise was full employment and inflation back to 2%. If you look at the official statistics they’ve met their unemployment goal, but they kept missing on the inflation front. Why? Because they are fighting the greatest deflationary force known to man: Technology. Companies like Facebook and Netflix have stamped out massive audience businesses requiring few people to serve them. The scalability of technology is incredible. Hence the economic model has changed and it’s all a bit inefficient for the many, but highly effective for the few. It is no accident that wealth inequality has expanded to the extreme degrees we witness today. It’s no accident that the tech titans are the richest people running around the planet. And given central banks’ desperate actions to ward off these deflationary forces they’ve enabled not only the renewed acceleration of asset bubbles again benefitting the very few, but they’ve also encouraged the taking on of unprecedented government and corporate debt and BBB rated junk debt in the process.

And now it gets interesting. In 2018 we witnessed a global blow-off top following 10 years of central bank intervention and following the US tax cut. Peak artificial liquidity. Global central bank balance sheets peaked in January 2018.

Where did the $DJIA stop? Not at some arbitrary point. No sir, it stopped at a very particular point, a point only a freak chart can suggest.

As many of you know I’m a big fan of trend lines and here it is, the freak chart:

The consequences? Immediate doom and gloom? I can’t say, what I can say is that this trend line has been massively relevant and is very much confirmed. Some may dismiss it as a fluke of course, but that would be a hell of a fluke.

Note there is a lower trend line there. This lower trend line has been left in the dustbin of history, untouched since the advent of the technology boom. The world has changed greatly since the 1980s, but the ghosts of historic debt expansion and slowing growth are all around us. If we can’t see massive organic growth with the largest artificial liquidity injection in human history what will it take? I have to ask.

What if it took all this artificial liquidity to barely squeak out 2% growth? That spike in GDP growth in the US last year? Looks very much temporary as the effects of the tax cut barely lasted 9 months.

Here’s the latest global growth forecast by the IMF: 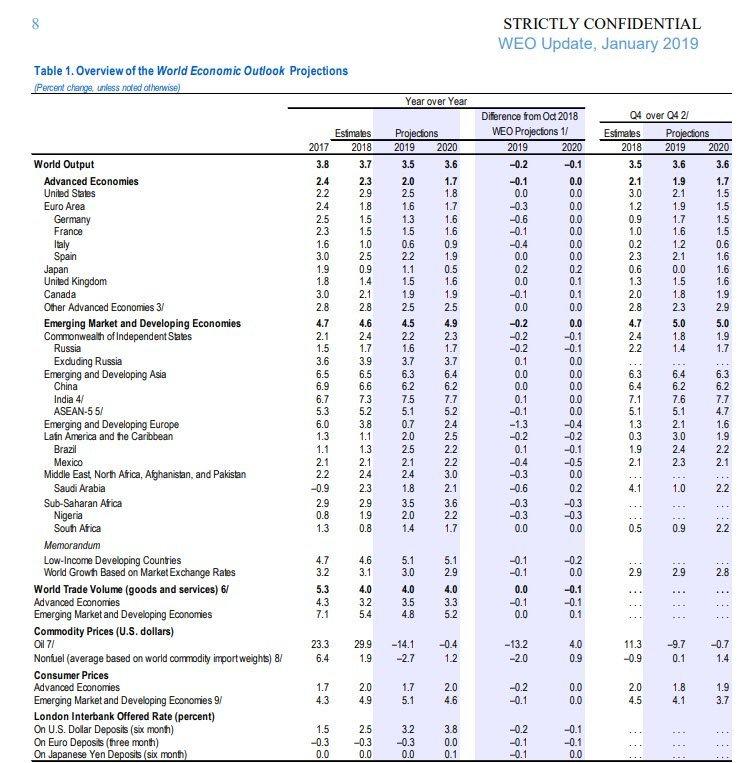 2020 starts in less than 12 months and look at those far right columns.

Nobody wants to predict a recession of course, but these numbers are skirting awfully close to a recession.

1.3% GDP growth for Germany in 2019? 0.5% GDP growth for Japan in 2020? All these places still have negative rates and/or full intervention. US sub 2% in 2020 while the country is running trillion dollar deficits?

That’s the grand result of 10 years of artificial liquidity injections?

What if that’s the best this new economic reality could achieve under the structural circumstances? What if the technology growth boom is petering out? What’s $AAPL’s next big path to growth? Another iPhone version? Hardly.

No, it may just be that slowing growth globally will force the world to come to terms with the largest debt expansion in history and perhaps all of a sudden all that BBB rated junk debt will become very relevant very quickly: 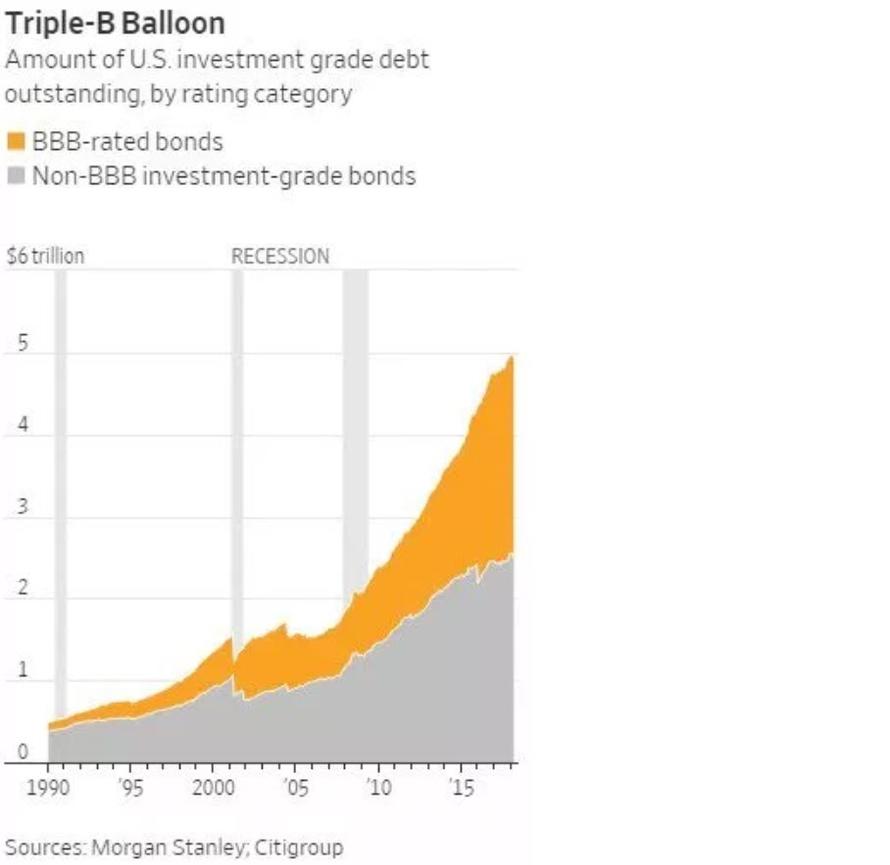 Who is to say? I suggest nobody knows because the world has never before been in these circumstances.

But if things do indeed turn sour than our freak chart has some potential technical destinations to consider:

I’ve added some fibs to this long term chart and adding to the intrigue is the fact that these fibs line up with major previous market pivot points. Perhaps that’s just another fluke, but is it so unreasonable to presume that a 10 year record liquidity injection and record debt expansion has perhaps caused asset prices to overshoot? Just reversing back to the 2015/2016 area would constitute a .382 fib retrace. A 50% retrace would bring $DJIA back to the 2007 highs. A .618 fib retrace would bring $DJIA back to the 2011 lows and perhaps tag the lower trend line, timing dependent.

In context of a 90 year chart is such a technical retrace to the lows of just 8 years ago unreasonable? I have to ask.

Especially if you realize that 61.8% of the gains in that 90 year $DJIA chart have come in just the last 8 years.