An organizer with Washington D.C. Antifa cell “Smash Racism DC” has been arrested on multiple felony counts in connection with a racially charged November attack against two hispanic US Marines during a trip to Philadelphia with their helicopter unit.

Joseph “Jose” Alcoff, a.k.a. “Chepe” and “Jose Martin,” faces 17 charges, including multiple counts of aggravated assault, conspiracy, terroristic threats, ethnic intimidation and one count of robbery while inflicting serious bodily injury, according to the Daily Caller.

Alcoff’s arrest comes two months after the arrests of Thomas Massey and Tom Keenan – who is considered a “leader” of the Philadelphia Antifa cell, and was charged in 2011 with Alcoff in connection with a New Jersey riot.

The Marines, Alejandro Godinez and Luis Torres, testified in December that a group of 10 to 12 Antifa members called them “Nazis” and “white supremacists” and attacked them on the street despite their denials that they had no association with the right-wing group demonstrating nearby.

During the attack, Godinez said he shouted “I’m Mexican” at the mob, which allegedly led the attackers to call him a “spic” and “wetback.” –Daily Caller

Torres gave his account of the incident to Fox News in December.

Based on an affidavit filed in the case, the investigation into Alcoff was aided in large part due to reporting by the Daily Caller – which has covered Antifa, and “Smash Racism DC” in particular.

Alcoff is an organizer of Smash Racism DC, the Antifa group responsible for mobbing Fox News host and DCNF co-founder Tucker Carlson’s house in November and for chasing Texas Republican Sen. Ted Cruz from a D.C. restaurant in September.

Alcoff made significant efforts to separate his true identity from his fanatical personas, “Chepe” and “Jose Martin,” TheDCNF reported in December.

When speaking as Chepe and through his Twitter handle @sabokitty, Alcoff has called for the killing of the rich and encourages using violence to bring “a world without capitalism, without private property … that is socialist and communist.”

Alcoff pled not guilty to the charges and is currently out on $15,000 bail. His lawyer did not immediately return a comment. –Daily Caller

Smash Racism D.C. has made headlines over the last several years – engaging in confrontations  with Senator Ted Cruz, and showing up to the door of Fox News host Tucker Carlson in November.

Of note, Smash Racism DC co-founder – fired college professor Michael Isaacson, made headlines last year after tweeting about teaching “future dead cops” and assassinating both President Trump and VP Mike Pence the day before they won the 2016 election. Isaacson describes himself as a “pansexual” activist not limited to a gender or sexuality. 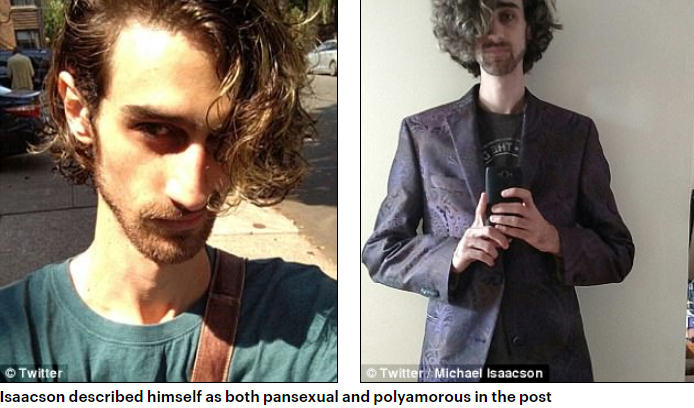 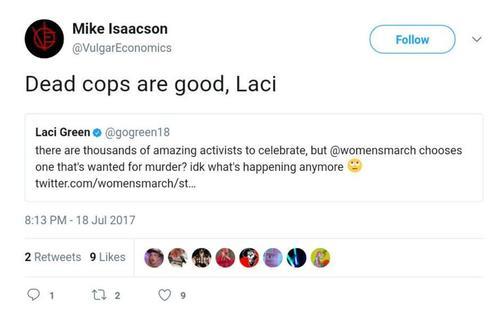 Issacson made the media rounds after his controversial tweets – even appearing on Tucker Carlson’s show on September 14, 2017 in a performance he was widely ridiculed over.

Isaacson was caught on an undercover Project Veritas video in January 2017 encouraging his supporters to “throat punch” conservatives, which he refers to as Nazis.

“Generally speaking, Nazis will only actually attack people if they strongly outnumber them because Nazis are essentially cowards. So if it’s three of them and a homeless guy, they’re going to beat him up. If it’s one of them and like six other people, they’re gonna run the f*ck away,” he said.

Throat punching is just a joke, huh? @lacymacauley seems to think so, but our footage seems to say differently. What do you think? pic.twitter.com/jNPUq1rlQQ

Smash Racism DC, the violent antifa group that confronted @Tedcruz and his family and then threatened them, deleted one of their more incriminating statements from @Twitter. The threat is still live on their @Facebook page. pic.twitter.com/WoJ2K17CVQ