Authored by Omid Malekan via Medium.com,

What is a good floor for the price of Bitcoin? 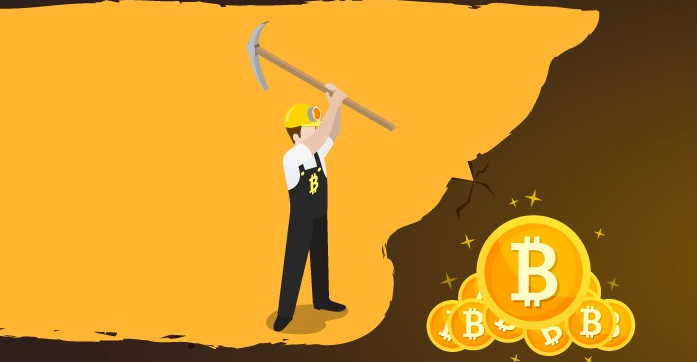 According to a recent JPM report, it might be at $2800, or a headline generating $1260. The absurdity of such a wide range representing “fair value” aside, the real problem with the analysis is how they got there, by applying a staple of traditional commodity valuation known as marginal cost pricing. Unfortunately for the well-intentioned analysts here, and the crypto echo chamber that’s too trusting of anything sciency coming out of traditional finance, that model is useless for Bitcoin.

The marginal cost of production matters for physical commodities because supply is elastic to price. When the price of oil falls , higher cost producers start to lose money and eventually turn off production. This means that all else being equal, the level of production goes down with price, and continues to do so until production falls below demand, at which point prices begin to stabilize.

This concept doesn’t apply to Bitcoin because production is price inelastic. New coins are minted with every new block, and block times are set at an average of one every ten minutes. Anytime the network deviates from this schedule, say due to changes in mining capacity, the difficulty adjustment resets the block time and therefore, the production schedule. This makes Bitcoin unlike any other commodity, as the rate of new Bitcoin production never changes beyond a two week window for any reason, including the amount of mining.

BTC can climb to 10 million this year or fall to 10 dollars, and production would average 12.5 new Bitcoins every ten minutes  –  until the next halving. The variable that the J.P. Morgan report focuses on, which is the cost of mining, is irrelevant to price, because price has no impact on production. In economics they call this perfectly inelastic supply, and it’s the reason why we can have this popular chart of expected Bitcoin supply going out over a century: 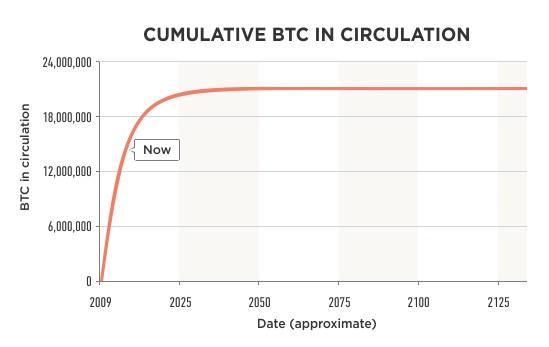 No one ever makes a chart like this for any other commodity, because with physical goods production is at least somewhat correlated with price. But with Bitcoin, not only is supply not impacted by price, but one could argue that — also unlike any other commodity — demand is negatively impacted by price. As prices decline, not only does the store of value appeal decline, but so does the security of the overall network. Although production isn’t impacted by price, the amount of mining and the resulting hash rate are. A blockchain with a lower hash rate is less secure, which might actually make Bitcoin a Giffen good.

Maybe because this is a truly new asset class, and we are all grasping at straws to value it. Or maybe because in a bear market where price dictates news, “we have no idea what it’s worth” doesn’t get as much attention. But at least that would be honest.

I have no doubt that someday in the future we’ll have smart and useful valuation metrics. But that day isn’t today. Until then, instead of listening to J.P. Morgan the firm, we should just listen to J.P. Morgan the man, who according to legend once responded to someone asking him what the market will do by predicting that “it will fluctuate.”