Starbucks has instructed its employees on how to handle political questions about CEO Emeritus Howard Schultz, who has all but announced his intent to run as an independent in the 2020 US election – a move immediately criticized by Democrats who fear he will split the left’s vote and hand Donald Trump the election. 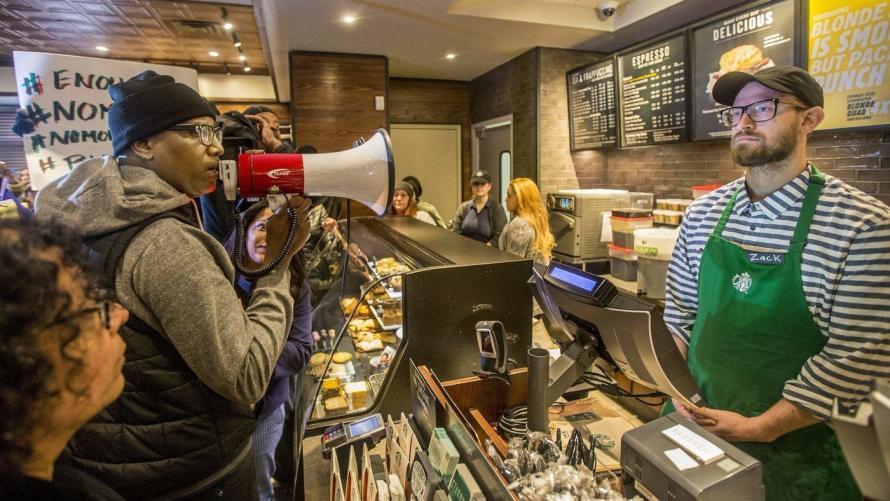 The coffee chain known for its progressive corporate culture offered suggestions  in its “Barista Need-To-Know” weekly newsletter on how to “diffuse the situation” if anyone “shares aggressive political opinions” in the store.

“Employees may be asked questions by customers or hear media speculation about Howard’s potential political intentions,” reads the notice clearly written by lawyers. Employees should know that “we respect everyone’s opinion. Our goal is simply to create a warm and welcoming space where we can all gather, as a community, over great coffee.” 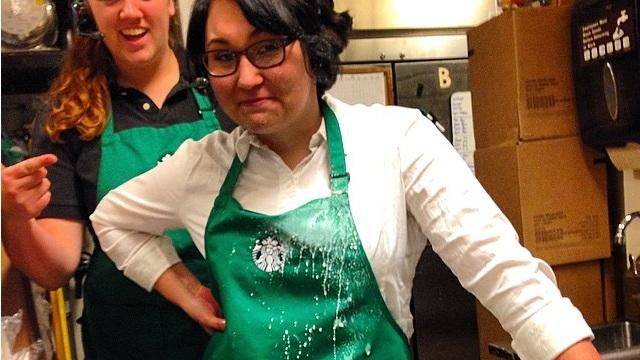 If asked specifically about Schultz, employees are advised to say: “Howard’s future plans are up to him.” 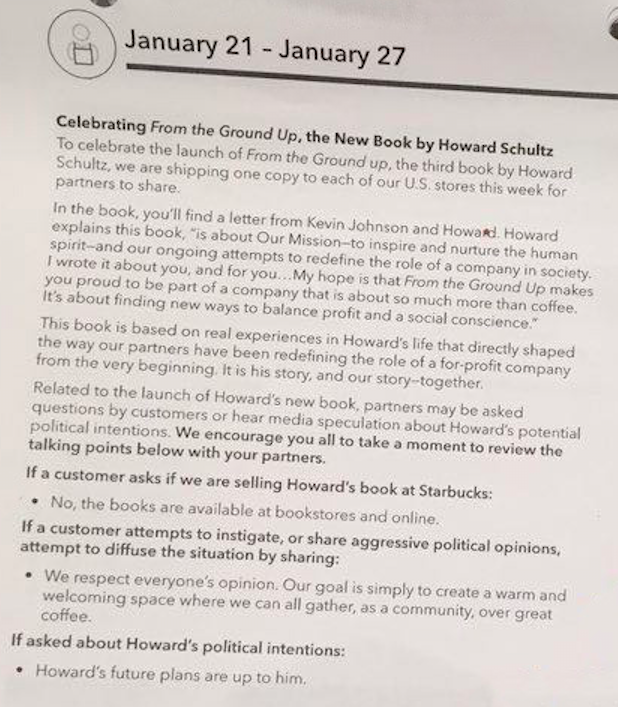 A Starbucks employee told the Huffington Post on Thursday that her store’s management took things one step further in a way that bothered her.

“We were told not to talk to customers about it,” said the employee, who added “if we are asked about his political goals or our opinions on it that we’re to say he was a great CEO to work for but that’s where our opinions end.”

The rephrased instructions irked the employee, who saw them as part of a pattern of stifling employees’ opinions. The shift supervisor felt similarly about the written instructions, finding it frustrating that Schultz was able to publicly discuss his politics when he worked at Starbucks while they were not.

“[I wish] we would be given the same opportunity to express our beliefs,” the supervisor said. –Huffington Post

Schultz has faced intense criticism from the left after he said he was weighing a 2020 run as an independent. His detractors include David Axelrod, HBO host Bill Maher, The View’s Joy Behar and Rep. Alexandria Ocasio-Cortez (D-NY).

Neera Tanden, president of the Center for American Progress, called for a Starbucks boycott if Schultz enters the race, tweeting: “Vanity projects that help destroy democracy are disgusting. If he enters the race, I will start a Starbucks boycott because I’m not giving a penny that will end up in the election coffers of a guy who will help Trump win.”

In fact, the criticism has been so vociferous, it has left some Democrats believing that Schultz, who is currently on a book tour, won’t end up running for the White House.

“Democrats will not have to pressure Schultz to drop out of the race,” said Robert Zimmerman, a prominent Democratic donor. “When his books move to the $1 discount bin at bookstores, he will get the message.”

Erin McPike, a spokeswoman for Schultz, said all the blowback this week “shows he is resonating.” –The Hill

During an interview at a New York Barnes & Noble this week, a protester shouted at Schultz “Don’t help elect Trump, you egotistical, billionaire asshole.”

Here’s the video. A heckler shouts at Howard Schultz during an event in New York: “Don’t help elect Trump, you egotistical, billionaire asshole.” Via CNN pic.twitter.com/oabwfNnsmp