U.S. stocks recently registered the 2nd most overbought condition in their 150-year history… 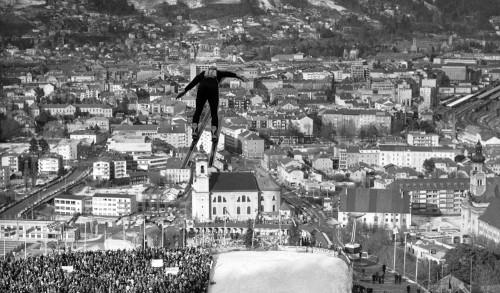 Temperatures wrought by the polar vortex here in Chicago have truly reached ludicrous levels. Today’s low is projected to be minus 26 degrees Fahrenheit — without the wind chill. That got me thinking — is that the coldest temperature ever recorded in the city? After 20 seconds of digging, I discovered that it was not the record. It has actually been colder here before — ONCE. 34 years ago, on January 20, 1985, temperatures reached a record cold reading of minus 27.

That near record had me thinking about the stock market — specifically, the degree to which stocks, on a long-term basis, are stretched, or “overbought”. Yes, the recent correction relieved much of the prevailing shorter-term overbought condition. But on a long-term basis, it has hardly made a dent. That’s because, coming into the correction the stock market may not have been at the most overbought condition of all-time — but it was at the 2nd most overbought of all-time.

How did we determine that? We are using the inflation-adjusted S&P Composite data available from Robert Shiller’s site. This composite is essentially the current S&P 500 with re-engineered pricing prior to its inception in the 1950’s with available stock prices from the time. We then used exponential regression smoothing to find the “best fit” trend line on the series since 1871 (h/t to Doug Short for the concept.)

After finding the best fit trend line for the composite, we can measure how far above or below prices are at a given time. As it turns out, this past September saw the composite reach 122% above the trend line, i.e., it was 122% “overbought”. In nearly 150 years, the only months that saw prices more overbought than that were those encompassing the 1999-2000 market top — the most excessive, bubbly top in U.S. market history. 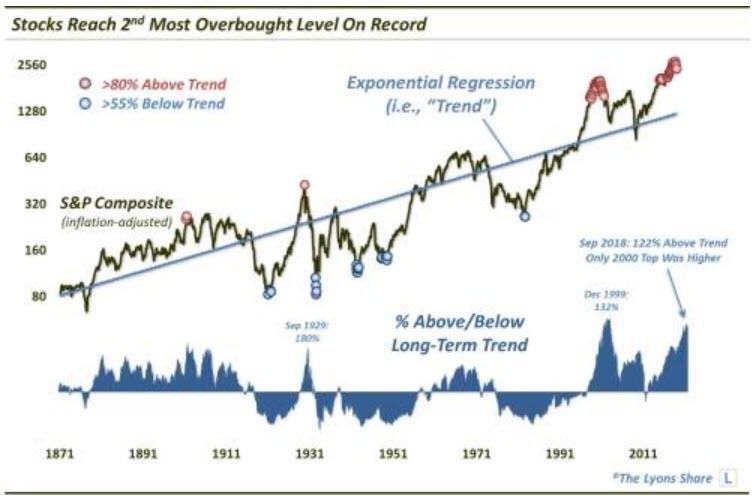 So what does it mean? We aren’t going to go into a long essay on its implications. We posted an excerpt the other day from our 1st Quarter Client Letter about the longer-term risk embedded in the market. Suffice it to say, the stock market is extended. Can it stay extended? The past few years prove that it can.

However, we will emphasize that it is likely not the best time to commit a lot of long-term capital to the U.S. stock market. Sure, the market remained stretched to these levels for more than a year during the 2000 top. So it is possible that the market continues higher unimpeded. However, looking historically, that period was an anomaly. If you are willing to bet on it happening again, go for it. If not, you may consider adopting measures, or managers, to aid in managing risk.

If you are interested in an “all-access” pass to our research and investment moves, we invite you to further check out The Lyons Share. Given an treacherous emerging market climate, there has never been a better time to reap the benefits of our risk-managed approach. Thanks for reading!