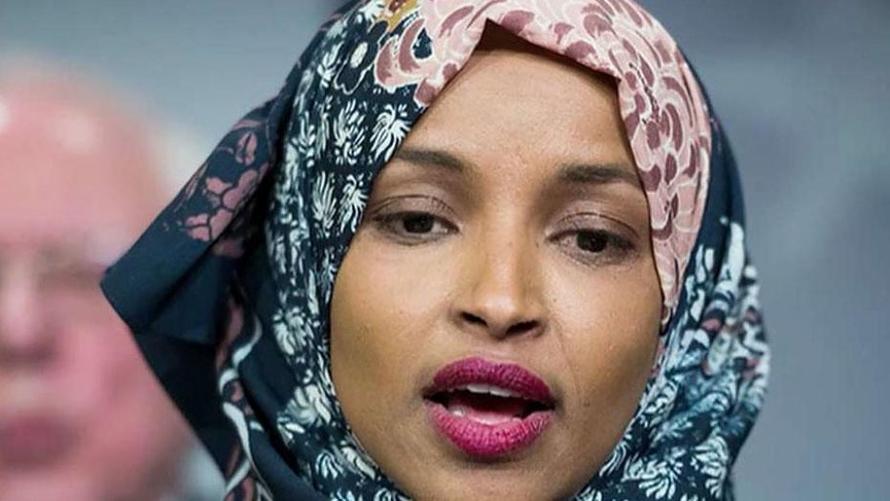 Reps. Josh Gottheimer (N.J.) and Elaine Luria (Va.), who are both Jewish, are collecting signatures for a letter they plan to send to Democratic leaders expressing deep concern over “recent rhetoric from certain members within our Caucus, including just last night, that has disparaged us and called into question our loyalty to our nation.” The letter, which was obtained by POLITICO, is being circulated to Jewish Democrats. –Politico

Omar suggested in a Sunday night tweet that America’s support of Israel is due to donations by pro-Israel groups such as AIPAC, after an earlier tweet responding to journalist Glenn Greenwald was interpreted as anti-Semitic.

Greenwald had slammed the GOP’s condemnation of Ilhan for embracing the “Boycott, Divestment and Sanctions” (BDS) movement, which claims Israel has “obligations under international law” to withdraw from occupied territories, remove the barrier in the West Bank, recognize Arab-Palestinian citizens of Israel as equals, and advocates sanctioning Israel until this is achieved.

Equating @IlhanMN & @RashidaTlaib‘s criticism of Israel to Steve King’s long defense of white supremacy is obscene (McCarthy said it’s worse). In the US, we’re allowed to criticize our own government: certainly foreign governments. The GOP House Leader’s priorities are warped.

We call @IlhanMN & @RashidaTlaib “the first Muslim women elected to Congress” because the first Muslim was @keithellison. He was also viciously vilified as an anti-Semite – by the DNC’s largest billionaire donor. Perhaps there’s a pattern to be seen here? https://t.co/EW1ARYZVp4

In response, Ilhan tweeted: “It’s all about the Benjamins baby.”

It’s all about the Benjamins baby 🎶 https://t.co/KatcXJnZLV

This set off a firestorm of debate over the first amendment and hate speech; first – whether Omar invoked the “anti-Semitic trope” of “Jews & Money” as Rep. Jerry Nadler (D-NY) claims, and second, whether it is inherently anti-Semitic to claim that Israeli money in US politics has influenced US policy towards Israel, as opposed to a fundamental belief Israel has a “right to exist” and should be protected from its enemies. Largely absent from the current discussion has been an actual debate over BDS and Israeli foreign policy.

Rep. Omar’s defenders have insisted that she should be free to criticize Israel.

Planned Parenthood, teachers’ unions, and law enforcement associations are examples of other interest groups who use financial contributions to exert influence over political candidates and public policy. See? Not hard to acknowledge these things.

The tweet was a reference to the influence that “pro-Israel” donors have on American policy. Why do you think they spend huge sums of money on campaign contributions and lobbying initiatives? Just for the hell of it? Calling her tweet “anti-semitic” is projection.

So we’re just gonna pretend Sheldon Adelson doesn’t exist, and that Kevin McCarthy is trying to punish ⁦@IlhanMN⁩ out of sincere commitment to the wellbeing of us Jews? Cool, cool. https://t.co/oFa3R3Prw0

Things you’re allow talk about regarding how DC works:

Omar’s detractors such as Nadler and others have warned her to “be extremely careful not to tread into the waters of anti-Semitism or any other form of prejudice or hate.”

NEW: Rep. Nadler on Rep. Omar: “There is an expectation of leaders…that they would be extremely careful not to tread into the waters of anti-Semitism or any other form of prejudice or hate. Rep. Omar failed that test of leadership with these comments.” pic.twitter.com/gFmdnQgrke

Gottheimer and Luria implored Congressional Democrats to ” join us in calling on each member of our Caucus to unite against anti- Semitism and hateful tropes and stereotypes,” adding “In recent weeks, we have had conversations with multiple members of our Caucus who share our concerns about this rhetoric; we have also raised these concerns with Democratic leadership.”

“We must speak out when any Member – Democrat or Republican – uses harmful tropes and stereotypes, levels accusations of dual loyalty, or makes reckless statements like those yesterday,” they added.

Both Omar and Rep. Rashida Tlaib (D-Mich.) have been repeatedly attacked by the GOP for their critical views toward Israel and support for the Boycott, Divestment and Sanctions movement, which targets Israel’s treatment of Palestinians. But Omar’s latest tweet earned rebukes from members of her own party, including from freshman Reps. Max Rose (D-N.Y.) and Anthony Brindisi (D-N.Y.).

“We hope that our Caucus will take swift action to address these issues in the coming days by reiterating our rejection of anti-Semitism and our continued support for the State of Israel,” Gottheimer and Luria said in the letter to leadership.

Minority Leader Kevin McCarthy (R-Calif.) has threatened to take disciplinary action against Omar if Democratic leaders remain silent. One option under consideration, according to his office, is forcing a vote on a resolution from Rep. Lee Zeldin (R-N.Y.) condemning anti-Semitism.

Others accused Omar of breaking an election promise not to boycott Israel in addition to anti-Semitism.

Imagine someone accused you of a casual common anti-Muslim slur: like “maybe there’s a suicide beat under your jilbab”. How would that go down with you and your supporters? Rank hypocrisy.

Politico’s Jake Sherman weighed in, only to be promptly owned by his own pen.

are you suggesting AIPAC is paying members of Congress?

I dunno, Jake, why don’t you ask the other Jake Sherman who works at Politico about this story that he wrote: https://t.co/1hsub1racU

Others, such as the Washington Post‘s Dave Weigel, notes that Omar has undermined her own cause with “glib tweets.”

In case anyone actually believes this stuff: It’s anti-Semitic and ignorant to blame big Jewish donors for Israel’s support in Congress. My point is that if Omar is trying to mainstream BDS she is making it impossible with glib tweets about Jewish money. https://t.co/NgKTqaLzGv