Authored by Brittany Slaughter via TheCollegeFix.com,

Earlier this month, a long kept list of Ph.D. scientists who “dissent from Darwinism” reached a milestone – it crossed the threshold of 1,000 signers.

“There are 1,043 scientists on the ‘A Scientific Dissent from Darwinism’ list. It passed the 1,000 mark this month,” said Sarah Chaffee, a program officer for the Discovery Institute, which maintains the list.

“A Scientific Dissent From Darwinism” is a simple, 32-word statement that reads:

“We are skeptical of claims for the ability of random mutation and natural selection to account for the complexity of life. Careful examination of the evidence for Darwinian theory should be encouraged.”

Launched in 2001, the list continues to collect support from scientists from universities across America and globally. Signers have earned their Ph.D.s at institutions that include Harvard, Yale, Columbia, Cornell, Princeton, Brown, Dartmouth and the University of Pennsylvania. Others on the list earned their doctorates at Clemson, UT Austin, Ohio State, UCLA, Duke, Stanford, Emory, UNC Chapel Hill and many others universities. Still other signers are currently employed as professors across the nation. 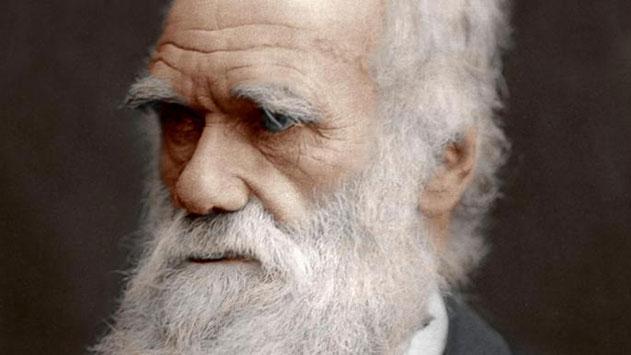 Those who sign it “must either hold a Ph.D. in a scientific field such as biology, chemistry, mathematics, engineering, computer science, or one of the other natural sciences; or they must hold an M.D. and serve as a professor of medicine,” according to the institute.

The group points out that signing the statement does not mean these scholars endorse “alternative theories such as self-organization, structuralism, or intelligent design,” but rather simply indicates “skepticism about modern Darwinian theories central claim that natural selection acting on random mutations is the driving force behind the complexity of life.”

According to Discovery Institute Senior Fellow David Klinghoffer, the signers “have all risked their careers or reputations in signing.”

“Such is the power of groupthink,” he wrote. “The scientific mainstream will punish you if they can, and the media is wedded to its narrative that ‘the scientists’ are all in agreement and only ‘poets,’ ‘lawyers,’ and other ‘daft rubes’ doubt Darwinian theory. In fact, I’m currently seeking to place an awesome manuscript by a scientist at an Ivy League university with the guts to give his reasons for rejecting Darwinism. The problem is that, as yet, nobody has the guts to publish it.”

In interviews with The College Fix, some of the list’s signers explained why they were willing to go public with their skepticism.

“[Darwin’s theory] claimed to explain all major features of life and I think that’s very unlikely. Nonetheless, I think Darwinism has gotten to be kind of an orthodoxy, that is it’s accepted in the scientific community unthinkingly and it’s taught to kids unthinkingly,” said Michael Behe, a professor of biological sciences at Lehigh University.

“Getting a list of scientists who point out that they don’t believe the orthodoxy can kind of open up some minds hopefully,” he said.

“It is clearly a growing trend with biology to think that Darwin missed a whole lot of biology and cannot explain a good deal of evolution,” Behe added.

Regarding how his colleagues view the list, Behe said, “Most of my peers are unaware of it, but those who are aware of it don’t like it one bit. They think that anybody who would sign such a list has to have a dishonorable motive for doing so.”

Taking a stand comes with a risk. Scott Minnich, an associate professor of microbiology at the University of Idaho, said he has many times been accused of being “anti-science.”

“I signed this list when it first came out because of this intellectual deep skepticism I have that the random unintelligent forces of nature can produce systems that outstrip our own intellectual capacity,” he told The Fix.

David Dewitt, chair of the Department of Biology and Chemistry at Liberty University, told The College Fix in an email interview he signed the list because “I don’t believe that Darwinism accounts for all living things. Natural selection doesn’t produce new information and can’t.”

“I think more scientists are realizing the limitations to Darwinism, specifically in regard to the origin of life and the complexity of the cell. So much of how cells actually work reveal how impossible it is that life arose from mutation and natural selection. As we have learned more and more about molecular and cellular biology, more scientists doubt Darwinism although they may not admit it for fear of repercussions,” Dewitt told The Fix in an email interview.

Shun Cheung, an associate professor of computer science at Emory University, referred The College Fix to his website to outline his concerns.

“When Darwin formulated his ‘evolution theory,’ [he] did not have good microscopes and the cell was a blob to him without any structure. Darwin thought that a cell was simple and without structure. We now know that a cell is like a complex factory consisting of many different components-each with a distinct function. Each part/component is necessary in the entire operation of the cell,” Cheung writes.