After 8 weeks of non-stop rallying, the bear mocking is back which is ironic. Why? Well, because bears are right. About what? Well, everything. Yes stock markets have been screaming higher in recent weeks on hopium and central banks turning dovish, but ironically that’s as a reaction to bears being right. How can that be? 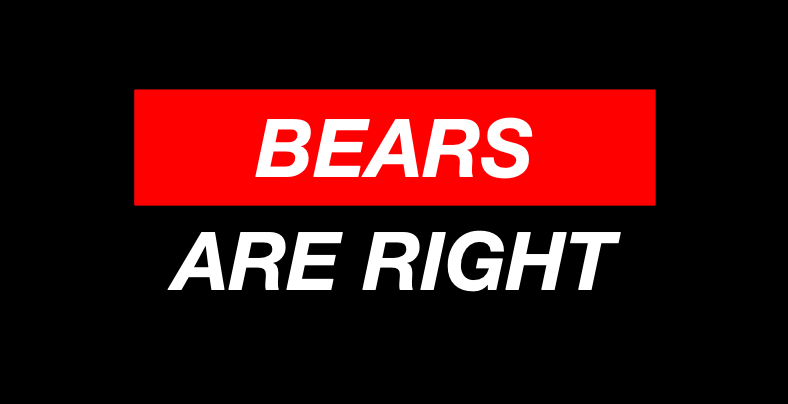 Go back to just a year ago. Global synchronized growth. Bears said that was BS. And they were right. We now have slowing growth everywhere. 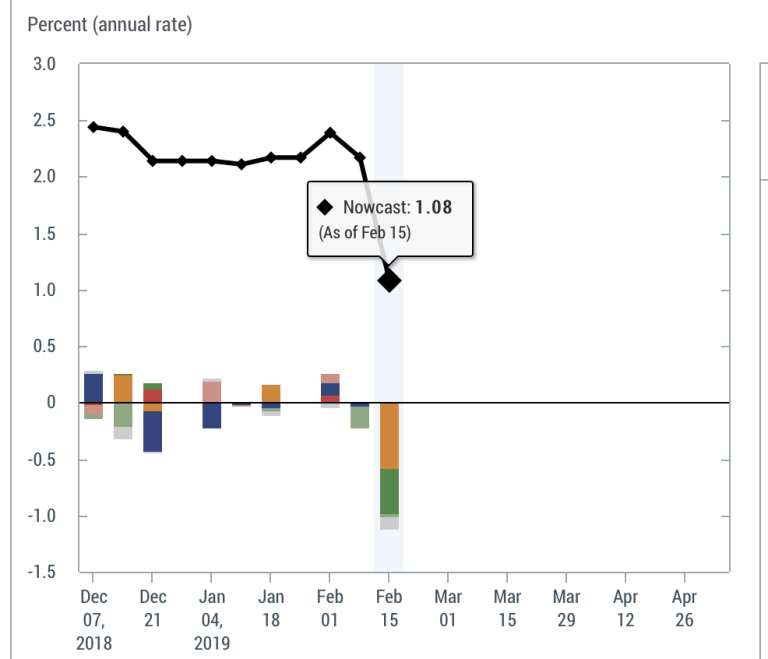 Retail sales was a disaster for December and Industrial Production growth turned negative 0.6% for January. Bulls did not predict this last year or even a few days ago. Bears said things would turn sour. And they were right.

Tax cuts were supposed to bring all this new growth. Bears said that was BS. And they were right. The growth barely lasted 2 quarters.

Bulls said 2018 would end on new highs. It didn’t. Bears said markets were setting up for a massive correction. And they were right.

So why are markets rallying non stop now as if nothing ever happened?

For the same reason they have been over the past 10 years: Easy money. China is throwing free money around in record numbers: 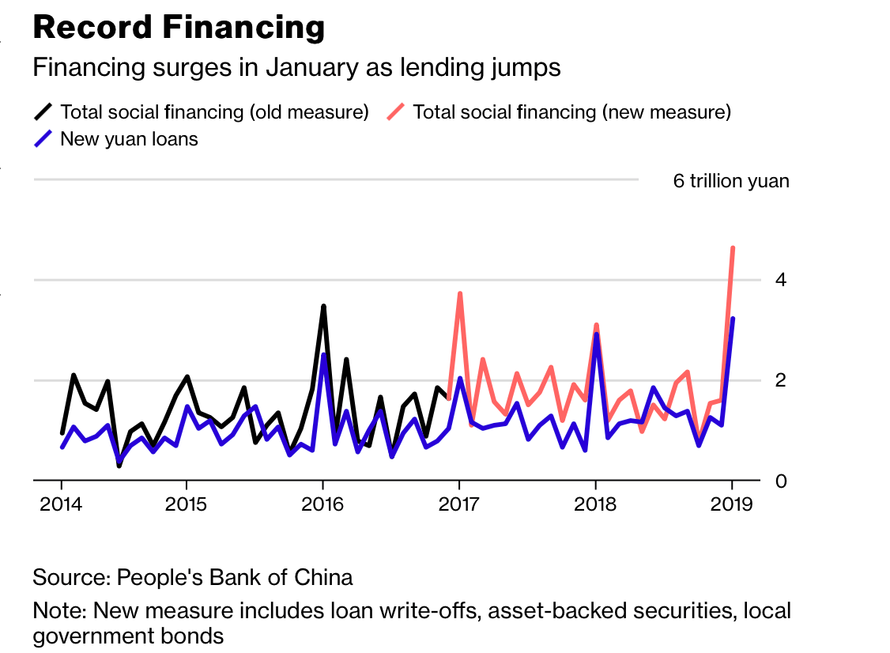 The US Fed capitulated and is now not hiking rates and each speech is a dovish speech. Today the ECB’s Coeure signaled the ECB perhaps bringing in more cash for banks by starting their TLTRO program again. They are actually discussing this only 6 weeks after ending their QE program. The BOJ’s Kuroda has just stated it’s his duty to keep the BOJ’s interventionist policy going. His duty.

In short: The tightening cycle ended before it really started. Bears said central banks could never normalize. And they were right.

Anyone really think these are signs of strength? Capitulation is strength?

Bulls perceive these central bank capitulations as a reason to throw money back into stocks, many now calling again for new highs, now that stocks have recovered greatly from the December lows. But who’s been right all along? Everything bears have been saying has come to fruition.

But now bears are told they are wrong. Fear is gone, greed is back along with a lot of optimism. Optimism in a China trade deal that get’s priced in every day anew with markets squeezing higher and higher on the same news item: We’re optimistic, talks are going well, etc. That’s talk. Not growth.

And what has all that optimism gotten us?

Some of the most overbought RSI readings in years on $BPSPX: 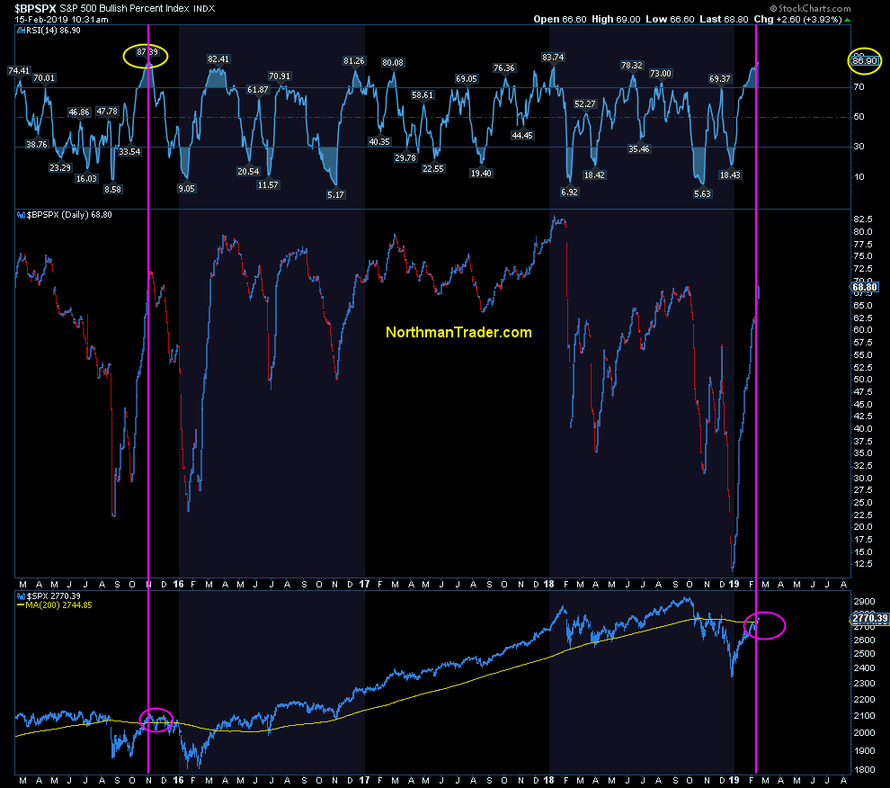 The last time we had such a reading of near 87? Following the 2015 lows that squeezed back above the 200MA.

Sound familiar? Back then that ramp failed and we made new lows on the earnings recession into early 2016. Back then “talk” was not enough. Central bank intervention to the tune of $5.5 trillion was needed.

But first came the retest and new lows.

No, this rally keeps on ticking on optimism and amid ever weakening data. At this point this rally is getting so stretched it can ill afford a misstep as massive resistance looms in the 2800-2811 area on $SPX. Indeed markets are getting so stretched that a single true reversal day would create major chart damage. See that’s the problem when you stretch things in vertical fashion to the extreme: Things can break rather quickly.