As the COVID-19 crisis drags on, the epidemic’s economic impact is starting to be felt around the world. Due to China’s role in the global economy, the prolonged standstill in the country has the potential to disrupt supply chains for several key industries, including electronics, chemicals and automobiles.

Considering that Wuhan, the outbreak’s epicenter, is often referred to as “China’s Motor City”, Statista’s Felix Richter notes that the automotive sector is among the industries most exposed to the negative impact of the virus. Not only will Chinese production suffer a significant hit due to extended shutdowns, but many manufacturers around the world who rely on Chinese parts are facing production outages.

“It only takes one missing part to stop a line,” Mike Dunne, an industry consultant formerly heading GM’s operations in Indonesia, told CNN.

Last week, Fiat Chrysler Automobiles (FCA) said it would be temporarily halting production at a plant in Kragujevac, Serbia due to a lack of parts from China, while Hyundai and Renault have done the same in South Korea.

China is among the world’s largest suppliers of car parts, exporting motor vehicle parts and accessories worth $34.8 billion in 2018, according to the UN’s Comtrade database. As the following chart shows, the U.S. car industry is theoretically most at risk of production outages as it relies heavily on parts sourced from China. 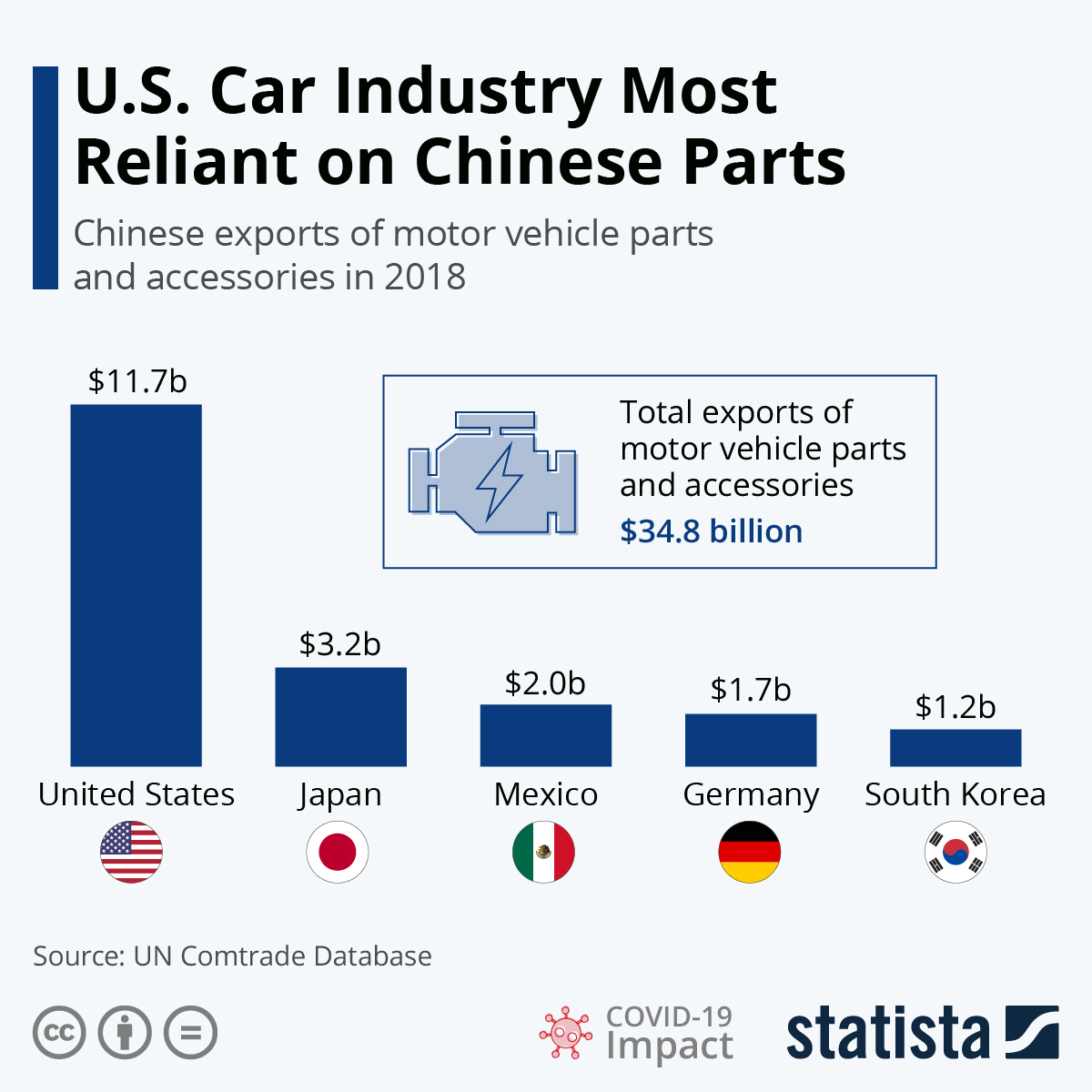 It remains to be seen how significant the impact of the epidemic on the global car industry will be, as it depends on how quickly the flow of components from Chinese suppliers can return to the required level. While automakers are gradually reopening factories across the country, those plants located in and around Wuhan remain closed for the time being.