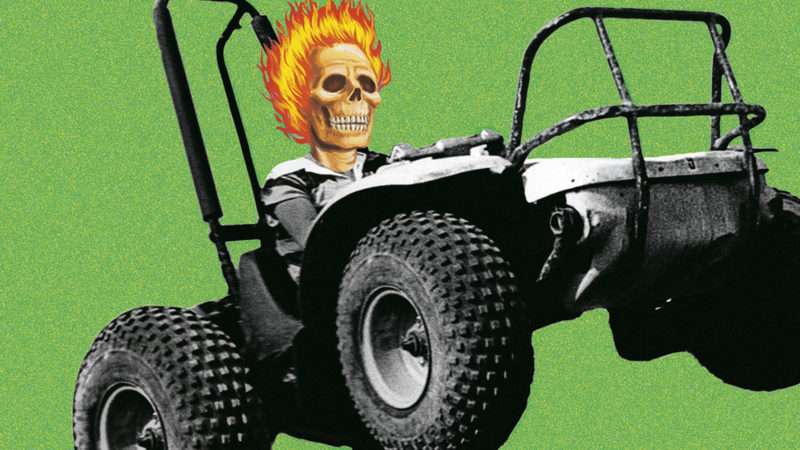 Action Park was the Somalia of theme parks, a New Jersey thunderdome for people who preferred risk to rules. It was founded in the mid-1970s by Gene Mulvihill, an eccentric businessman who dreamed of a participatory place that offered more than just the illusion of danger.

“My father seized upon the idea that we were all tired of being coddled, of society dictating our behaviors and lecturing us on our vices,” Gene’s son and onetime employee Andy Mulvihill writes in Action Park, an extremely entertaining memoir co-authored by the journalist Jake Rossen. So the park erected attractions that ceded high levels of control to the patrons. “Guests riding down an asbestos chute on a plastic cart,” for example, “could choose whether to adopt a leisurely pace or tear down at thirty miles per hour and risk hitting a sharp turn that would eject them into the woods.”

Those riders just might be drunk too. Action Park sold a lot of beer, eventually building its own brewery.

The park survived into the ’90s. Mulvihill’s book covers virtually everything you’d want to know about it, including the inevitable legal and regulatory battles. Injuries were common, but somehow they became part of the draw. “The risk did not keep people away,” the proprietor’s son concludes. “The risk is what drew them to us.”

from Latest – Reason.com https://ift.tt/3iktmGG
via IFTTT