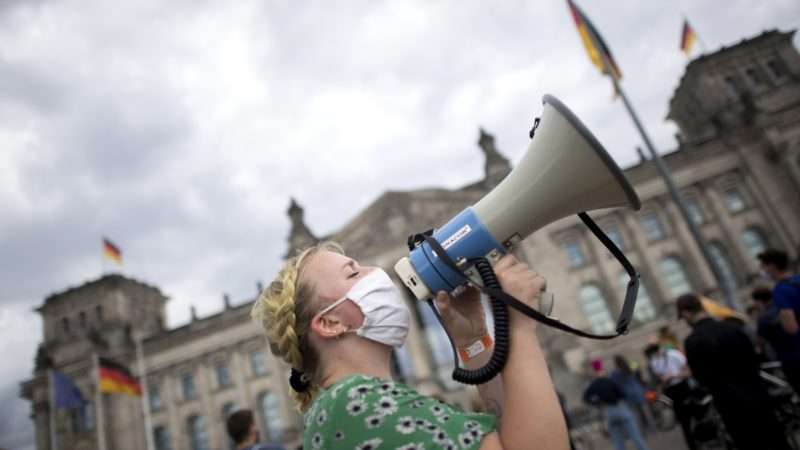 New study links virtue signaling to “Dark Triad” traits. Being accused of “virtue signaling” might sound nice to the uninitiated, but spend much time on social media and you know that it’s actually an accusation of insincerity. Virtue signalers are, essentially, phonies and showoffs—folks who adopt opinions and postures solely to garner praise and sympathy or whose good deeds are tainted by their need for everyone to see just how good they are. Combined with a culture that says only victimhood confers a right to comment on certain issues, it’s a big factor in online pile-ons and one that certainly contributes to social media platforms being such a bummer sometimes.

So: Here’s some fun new research looking at “the consequences and predictors of emitting signals of victimhood and virtue,” published in the Journal of Personality and Social Psychology. The paper—from University of British Columbia researchers Ekin Ok, Yi Qian, Brendan Strejcek, and Karl Aquino—details multiple studies the authors conducted on the subject.

The so-called “dark triad” personality traits—Machiavellianism, narcissism, and psychopathy—lead to characteristics like “self-promotion, emotional callousness, duplicity, and tendency to take advantage of others,” the paper explains.

And “treated as a composite, the Dark Triad traits were significant predictors of virtuous victim signaling.”

This held true “even when controlling for factors that may make people vulnerable to being mistreated or disadvantaged in society (i.e., demographic and socioeconomic characteristics) as well as the importance they place on being a virtuous individual as part of their self-concept,” the researchers note.

They point out that virtue signaling is defined as “the conspicuous expression of moral values, done primarily with the intent of enhancing one’s standing within a social group.”

Meanwhile, victim signaling “may be used as a social influence tactic that can motivate recipients of the signal to voluntarily transfer resources to the signaler,” they explain. More from the paper’s theoretical background section:

An emerging literature on competitive victimhood documents the prevalence of victim signaling by various social groups and provides evidence for its functionality as a resource extraction strategy. For instance, victim signaling justifies victim groups seeking retribution against alleged oppressors. Retribution often takes the form of demanding compensation through some kind of resource transfer from nonvictims to the alleged victim. Claiming victim status can also facilitate resource transfer by conferring moral immunity upon the claimant. Moral immunity shields the alleged victim from criticism about the means they might use to satisfy their demands. In other words, victim status can morally justify the use of deceit, intimidation, or even violence by alleged victims to achieve their goals. Relatedly, claiming victim status can lead observers to hold a person less blameworthy, excusing transgressions, such as the appropriation of private property or the infliction of pain upon others, that might otherwise bring condemnation or rebuke. Finally, claiming victim status elevates the claimant’s psychological standing, defined as a subjective sense of legitimacy or entitlement to speak up. A person who has the psychological standing can reject or ignore any objections by nonvictims to the unreasonableness of their demands. In contrast to victim signalers, people who do not publicly disclose their misfortune or disadvantage are less likely to reap the benefits of retributive compensation, moral immunity, deflection of blame, or psychological standing and would therefore find it difficult to initiate resource transfers.

The effectiveness of victim signaling as a resource transfer strategy follows the basic principles of signaling theory. Signaling theory posits that the transmission of information from one individual (the sender) to another (the receiver) can influence the behavior of the receiver. Signals can refer to any physical or behavioral trait of the sender, and are used by the senders to alter the behaviors of others to their own advantage.

Their results suggest that:

The authors stress that they “do not refute the claim that there are individuals who emit the virtuous victim signal because they experience legitimate harm and also conduct themselves in decent and laudable ways.”

Female protesters sue over alleged abuse, mistreatment by arresting officers.
Two women arrested after a May 31 protest in Indianapolis are suing local police in federal court for allegedly excessive force. The pair were arrested for supposedly resisting law enforcement, but the charges were dropped. Video of the incident shows officers pushing one of the women to the ground and hitting another one with a baton.

In California, a gender-nonconforming woman arrested by Los Angeles Police Department (LAPD) officers following a recent protest there is also suing over her treatment, alleging that the officers referred to her as “it” and groped one of her breasts.

“Josh Rubenstein, an LAPD spokesman, said at least three complaints have been formally submitted to police about ‘inappropriate touching during a pat-down’ amid curfew arrests, and all are under investigation,” reports the Los Angeles Times.

New ruling on robocalls. To fix an unconstitutional provisional in a federal law regulating robocalls, Supreme Court justices decided to ban the bad part rather than strike down the whole law. “The bottom line of Barr v. American Association of Political Consultants: The consultants ‘still may not make political robocalls to cell phones,'” reports The Washington Post. “Also banned as a result of Monday’s decision are previously allowed automated calls made to collect debts owed to or guaranteed by the federal government, such as student loan and mortgage debts.”

• Three percent of American adults have moved since the start of the COVID-19 pandemic.

• Amy Cooper—a white woman who called the cops on a black man in Central Park and made a false report that he was threatening her—has been arrested. Writer and advocate Josie Duffy Rice, president of The Appeal, has a good thread on why cheering on her arrest is wrong:

• Conservatives “long insisted that they weren’t anti-immigration, they were just anti-illegal immigration,” writes Reason‘s Shikha Dalmia. “Now the Trump administration is reaching a point where it wants to kick out immigrants for no reason except that they are immigrants.”

• Decriminalizing psychedelic mushrooms and plants may be on the ballot in D.C. this November.

• Family members of Isak Aden, a young Somali American man killed by police in Minnesota last July, filed a “lawsuit … in federal court on Thursday, the one-year anniversary of Aden’s death. It seeks $20 million in combined damages from the cities of Bloomington, Burnsville, Eagan and Edina,” notes KSTP.com

• “This clause” in the user agreement for new-ish social media app Parler “should make Ted Cruz and every other Parler user huge supporters of Section 230,” writes Mike Masnick at Techdirt.

from Latest – Reason.com https://ift.tt/2VVQ5zo
via IFTTT