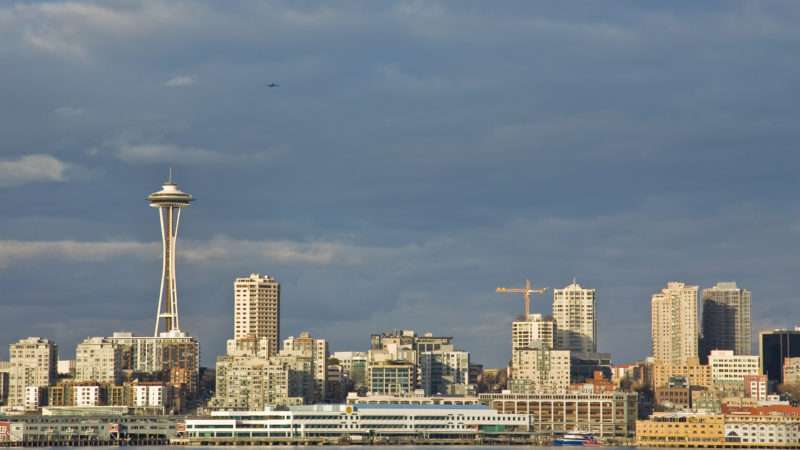 Seattle is back in the business of taxing big business two years after it passed, then repealed, its controversial ‘Amazon Tax.’

On Monday, the Seattle City Council voted 7-2 to approve the “JumpStart Seattle” tax, which taxes the wages paid by businesses to employees making $150,000 or more a year. The tax applies to companies with at least $7 million in annual payroll and is projected to raise $214 million annually.

“We are in the midst of a health and economic crisis that even a strong economy like Seattle may not be able to recover from quickly,” said Councilmember Teresa Mosqueda, who sponsored the legislation, in a press release following the vote. “JumpStart Seattle will do just that—jump-start our recovery with a relief plan that centers workers, small businesses, and our most vulnerable community members.”

Provided Mayor Jenny Durkan signs the tax into law, it will go into effect next year.

In addition to the tax, the city council also passed a spending plan Monday which would allocate next year’s JumpStart revenue to replenishing any money the city borrows this year from its emergency fund. Starting in 2022, revenue from the tax will go to affordable housing, small business aid, and economic development programs.

The JumpStart tax is the final chapter in the long saga of the Seattle city government’s attempt to tax large employers in the city.

Back in 2018, socialist City Councilmember Kshama Sawant proposed a $500-per-employee head tax, which she coined the “Amazon Tax,” on companies with revenues of over $20 million. That tax was supposed to raise $75 million a year.

The proposal attracted united opposition from Seattle’s business community and a number of labor groups, who argued that it would drive jobs and business out of the city. Seattle-headquartered Amazon announced a halt to one of its downtown construction projects prior to a vote on the tax.

The city council later passed a compromise $275-per-employee head tax, which they then embarrassingly repealed a month later after business interests launched a campaign to put that tax to city voters through a ballot initiative.

In February 2020, Sawant said she’d be bringing back her Amazon Tax. In April, she, along with Councilmember Tammy Morales, introduced a proposal for a 1.3 percent tax on wages paid by companies with at least $7 million in annual payroll expenses, estimated to rake in $500 million a year.

The Sawant/Morales tax was a tough sell politically because it was much larger than the head tax that had already been repealed and because it would tax the wages of low-income workers.

Mosqueda’s JumpStart tax has proved more politically palatable. In addition to exempting lower-income workers, it also introduces a tier of tax rates that increases for higher wage earners at larger firms. (The Seattle Times has a useful graph breaking down the different tax rates.)

The progressivity of the JumpStart tax helped win it support, according to University of Washington economist Jacob Vigdor, who told the Seattle Times, “The way this tax has been structured distributes the burden of the tax to the businesses with a greater capacity to pay, which is the economically sensible thing to do.” CrossCut reports that Mosqueda did extensive outreach to the business community and labor groups when crafting her tax proposal.

Seattle’s major business associations have still come out against the tax, arguing it will cost the city jobs. “Taxing jobs is bad public policy, and it is even more concerning as Seattle faces double-digit unemployment,” said the Seattle Downtown Association in a statement to the Times, saying that the tax should be repealed.

The two city councilmembers, Alex Pedersen  and Debora Juarez, who voted no on the JumpStart tax suggested it should be put to voters through a referendum.

Following the passage of the JumpStart tax, Sawant issued a grave warning to “Jeff Bezos and his class,” saying any repeal effort would result in the proletariat finally casting off their chains.

“If you attempt to overturn the Amazon Tax, working people will go all out in the thousands to defeat you,” said Sawant. “We cannot and will not stop until we overthrow [capitalism] and replace it with a world based instead on solidarity, genuine democracy, and equality. A socialist world.”

The threat of socialist revolution notwithstanding, there’s plenty of reasons to oppose Seattle’s new payroll tax. The possibility that companies will move or shift workers outside the city is very real, especially since the coronavirus pandemic has diminished the benefits of being located in a big city.

Imposing yet another tax on companies who’re already struggling to survive the pandemic will make Seattle’s economic recovery harder. Repealing city and county level restrictions on the development of new housing, on the other hand, is a sensible and cheap way to encourage the construction of more affordable homes.

from Latest – Reason.com https://ift.tt/3ecBKog
via IFTTT