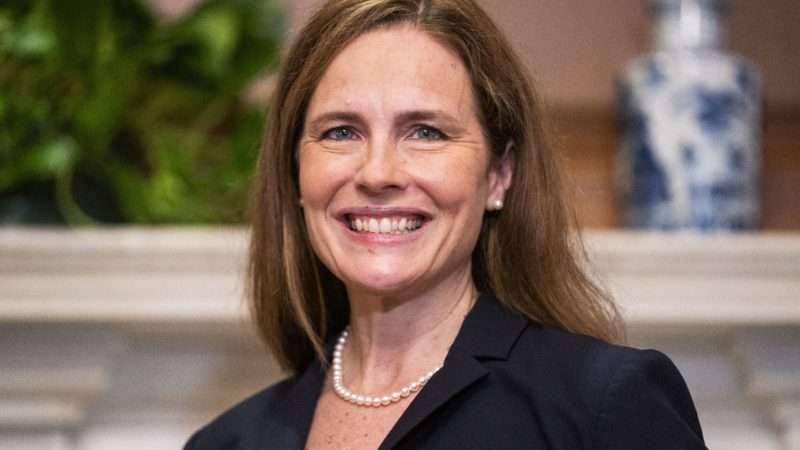 The Senate has voted 52-48 to confirm Amy Coney Barrett to the Supreme Court, filling the seat left by the late Ruth Bader Ginsburg and cementing a 6–3 conservative court majority.

Republicans were unified in support of Barrett, with the exception of Sen. Susan Collins (R–Maine), who cited the GOP’s refusal to hold hearings for Judge Merrick Garland—former President Barack Obama’s pick to replace Justice Antonin Scalia—in an election year. No Democrats voted in support, making Barrett’s confirmation the most partisan since Reconstruction.

That partisanship was on full display two weeks ago during Barrett’s hearings before the Senate Judiciary Committee. Though the procedure was more civil than Justice Brett Kavanaugh’s in 2018, Democratic senators spent much of their time lambasting the process and criticizing what they perceive as Barrett’s opinions on various political issues. Republicans often countered with lectures to Democrats. Little time was devoted to discussing Barrett’s judicial philosophy of originalism.

Barrett’s opponents posit that she’ll dismantle precedents around the Affordable Care Act (ACA), abortion, and same-sex marriage, but there’s scant evidence for that. Sen. Sheldon Whitehouse (D–R.I.) took things a step further, arguing that Barrett will accomplish the above as part of a far-right dark money plot, though the evidence he presented cut directly against his conclusion.

“The predictions that confirming Barrett will doom the ACA…should be viewed as Democratic fear mongering rather than realistic expectations,” writes Reason‘s Jacob Sullum, calling such objections “implausible” and “confused.” In a similar vein, Barrett said in 2013 that Roe v. Wade, the landmark case that legalized abortion nationwide, will likely remain in place, though courts may issue rulings on abortion funding. During her confirmation hearings, Barrett called Obergefell v. Hodges, the decision that legalized same-sex marriage, an “important precedent.”

Barrett is expected to be sworn in this evening by Associate Justice Clarence Thomas.

from Latest – Reason.com https://ift.tt/3otjNIA
via IFTTT