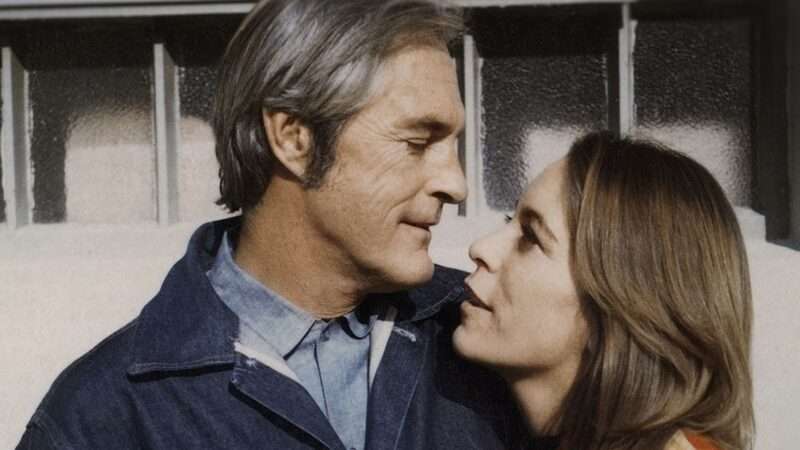 “In order to use your head, you have to go out of your mind,” LSD guru Timothy Leary once told a reporter. It’s an aphorism that Joanna Harcourt-Smith, one of his many girlfriends, took to heart. After a whirlwind and drug-addled romance with Leary, she spent nearly four years trying to get him out of prison, lying and whoring and snitching and plotting murders and stinging his followers with fake drug deals in the process. Her reward was to get unceremoniously dumped almost immediately after he was released.

My Psychedelic Love Story is Harcourt-Smith’s nutty post-mortem torch song to Leary (he died in 1996, she last month) as well as a half-hearted attempt to settle some old feuds with her 1970s companions. It’s also a sign that that the celebrated documentarian Errol Morris, who adapted this documentary from a 2013 memoir by Harcourt-Smith, is as talented as ever—maybe more so—but also on the verge of becoming dangerously unhinged.

Morris is known for documentaries featuring penetrating investigations and incisive interviews. But his last one, Wormwood, an account of the death of a CIA germ warfare researcher who sailed out a window after being secretly dosed with LSD, was hugely speculative and dismayingly flighty. My Psychedelic Love Story wanders further and perhaps irretrievably down that path.

Only baby boomers—and perhaps few of them—are likely to recognize Harcourt-Smith, the documentary’s main subject. Hers was, for a brief interlude, a household name in the post-1960s counterculture as the handmaiden of Leary, a Harvard psychologist whose research into LSD turned him into a giddy Johnny Acidseed, spreading the good word about the drug while preaching his gospel of “turn on, tune in, drop out.” In 1972, she hooked up with him in Switzerland, where he was hiding out after escaping from a California prison with the aid of the Weather Underground and the Black Panthers.

Harcourt-Smith was barely aware of who Leary was when they first met. But the news that the FBI was after him titillated her (“I always wanted to be with an outlaw”), and she was certainly no stranger to drugs. Seeking political asylum for Leary (Switzerland had just warned him that he couldn’t stay there), they crisscrossed the continent for several weeks in a journey that, to hear Harcourt-Smith tell it, was right out of a Barbara Cartland novel: “We had traveled across Europe like shooting stars…plunging into the maddest romantic relationship you could ever imagine.” Well, maybe Cartland as translated by the editors at High Times. On the eight-hour drive from Switzerland to Austria alone, they imbibed a prodigious quantity of acid, snorted cocaine and smoked hash to “ballast the LSD,” then took Quaaludes washed down with aquavite for dessert.

Their journey ended in a truly hellish hangover. In Afghanistan, where they went because it had no extradition treaty with the United States, they were strong-armed onto a flight eventually ended back in California, where Leary was arrested for his escape from prison. Preposterously, he thought he’d be released on bail within a few days. He was surprised to learn that lots of judges consider prison escapees to be flight risks.

Facing more than three decades in possible prison sentences from old drug charges, Leary shocked his friends in the counterculture and the New Left by turning informer. Joanna, as she recounts with daft good cheer, enthusiastically joined in, wearing a wire for the Drug Enforcement Administration (DEA) to entrap Leary’s old friends and keeping his spirits up with detailed accounts of her profligate sex life outside the walls.

Even so, some of her most glorious exploits, disclosed previously to journalists, aren’t mentioned in My Psychedelic Love Story. She tried to seduce California Gov. Jerry Brown in hopes of winning Leary a pardon and nearly succeeded—at the seduction, not the pardon—and then did the same with U.S. Attorney General William Saxbe, with whom her wiles proved less alluring. Snapped Saxbe: “If I were your father, I’d spank you.”

This is a wildly entertaining, if often incoherent, tale. Even when she is idiotic, amoral, or nearly indecipherable—which is pretty often—Harcourt-Smith is a charming storyteller as she weaves the Leary story through a kaleidoscopic loop of Eurotrash adventures, from Gstaad and San Moritz to Paris and Hollywood, from arms traffickers to Anita van Pallenberg to the Rolling Stones to Francis Ford Coppola to George McGovern to Andy Warhol. Morris has enlivened her narrative by scattering it with throbbing day-glo colored graphics and old film clips— for instance, a scene of Sean Connery as James Bond, tied up as a laser ray advances toward his junk, inserted as Harcourt-Smith remembers a hostile interrogation by an arms-dealer boyfriend.

How much of her story is true is much harder to divine. Leary was a serial liar and fantasist—among other things he expected we would all be launched into space by the 1973 appearance of Comet Kahoutek—and Harcourt-Smith, as she chatters way for the cameras, boasts of many instances of doing the same. At times her muddled narrative departs from what she’s previously told of her life (though, admittedly, most of the major points are the same).

Even the avowed point of the film suggests what an unreliable narrator she is. In 1974, after it got out that Leary was spilling his guts to the DEA, his associates—who of course included hordes of dealers, not to mention political bandits like the Panthers and the Weathermen—were outraged. Many accused Harcourt-Smith of being some sort of Nixon administration Mata Hari who first led Leary into the hands of the cops, then seduced him into informing. There neither was nor is any evidence of that; Leary’s own letters and memoirs make it plain he was desperate to avoid spending the rest of the century in San Quentin.

But when she saw the lurid CIA fantasies in his last film, Harcourt-Smith tells Morris, it occurred to her that maybe they were right: “It’s while watching Wormwood that I said to myself, maybe I was a CIA  plant….Was I being manipulated, and if I was being manipulated, how far back did it go?”

That the Nixon administration, obsessed with its war on drugs, considered Leary Public Enemy No. 1 is beyond dispute. Morris has even found a clip from the White House tapes released during Watergate in which somebody, as Nixon rants about drugs, interjects a curse about “this guy Leary.” Retorts Nixon: “I’ve got room in the prison.” But Nixon had armies of cops, including the FBI and the DEA, to pursue Leary, who in any event made his own capture almost inevitable by being such a boob. Once, traveling in Europe with a squad of Black Panther security escorts, Leary nearly missed the plane because he wandered off to look at cameras in the duty-free store.

So there was no need for a deep-cover legion of CIA zombies to infiltrate Harcourt-Smith’s teenage life and induce her to boinking arms dealers—the episode, by her own account, that triggered her crossing of Ellberg’s path. And neither she nor Morris come up with even the slightest hint of CIA involvement. What they do manage to do, with their tales of duplicity, self-aggrandizement, and trivial hedonism, is to verify Jerry Rubin’s verdict when the news of Leary’s squealing broke: “This is the end of the ’60s.”

from Latest – Reason.com https://ift.tt/3fIyuDC
via IFTTT