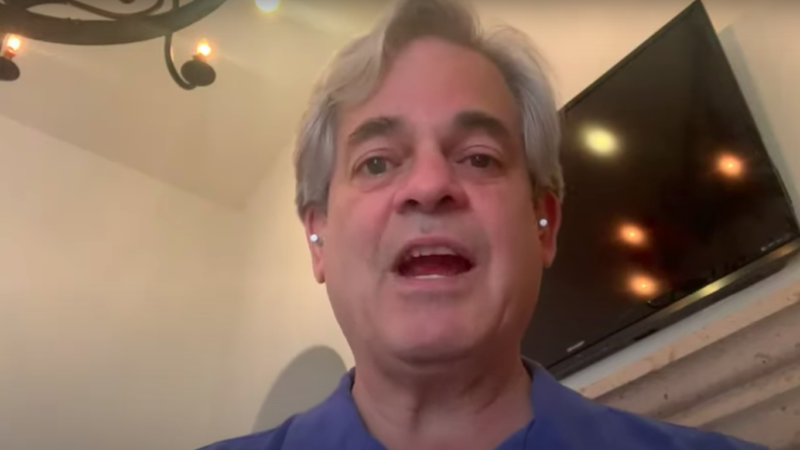 “We need to stay home if you can,” said Adler in a pre-recorded video address posted to Facebook. “Do everything you can to try to keep the numbers down. This is not the time to relax. We may have to close things down if we’re not careful.”

Adler might have said we need to stay home, but he clearly didn’t mean it. In fact, Adler recorded that message from Cabo San Lucas, Mexico, where he was vacationing with members of his extended family, according to an infuriating report by local news channel KVUE.

That vacation took place immediately following the wedding of Adler’s daughter, which included 20 guests—some of whom traveled to Austin from out of state.

The mayor maintains that his activities did not violate social distancing guidance from either the city or the state. City guidelines stipulate that social events should feature no more than 10 people. State guidelines place no specific limit on the number of guests for a wedding as long as the event is held outdoors. The Adler wedding took place outdoors, and guests were tested, according to the mayor.

“It’s not perfect,” said Adler. “Obviously there are infections that could happen. But what we did was stay compliant with the rules.”

Even if the mayor’s actions technically do not violate the law, they are completely at odds with the high level of caution he is urging Austin residents to exercise. Local, city, and state officials—not just in Austin, but everywhere—had advised citizens to modify their Halloween and Thanksgiving plans, if not abandon them entirely. The message from government health officials as of late has been clear and consistent: stay home, and don’t socialize with people outside your household. Adler threw a wedding and then decamped to Mexico with eight members of his extended family.

from Latest – Reason.com https://ift.tt/33FdokG
via IFTTT