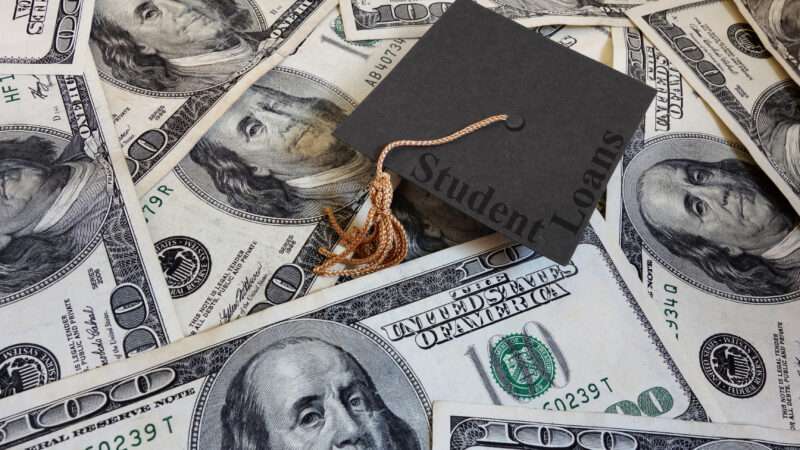 Some progressives, including Rep. Alexandria Ocasio-Cortez (D–N.Y.) and Sen. Elizabeth Warren (D–Mass.), are trying to pressure President-elect Joe Biden to waive large amounts of student loan debt. They argue that doing so would be a huge economic stimulus and necessary relief for Americans who borrowed heavily to attend college.

But student loan forgiveness would have less of a positive economic impact than many of its proponents say—a point that even some progressives openly acknowledge.

There is more than $1.68 trillion of student debt. There is more student debt than there is auto loan debt, or credit card debt. In a sense, it’s a self-perpetuating cycle. The federal government guarantees and issues student loans, colleges raise their prices, which means students need more loans, which leads to an increase in government-guaranteed lending, which inspires cost increases.

Warren avoids this entire cycle and simply argues that forgiving outstanding student debt would be the “single most effective economic stimulus that is available through executive action,” without saying what would prevent the cycle from starting anew and eventually necessitating forgiveness for future students.

But there isn’t that much of an immediate economic impact from forgiving student debt. Canceling $50,000 of student debt does not mean that everyone with a student loan gets a check for $50,000, it just means that those in debt don’t have to make their monthly payment—a much smaller number, though one that will vary for each borrower.

As Matt Bruenig, founder of the progressive People’s Policy Project, points out, people who take student loans already tend to be on the higher side of the income scale. They’re not living hand to mouth, and a little bit more money per month will just go into their savings–it won’t spur more spending. “Student debt forgiveness,” Bruenig writes, “is possibly the least effective stimulus imaginable on a dollar-for-dollar basis.”

And there’s a big catch. Jason Furman, a professor at Harvard and the chairman of the Council of Economic Advisors under President Barack Obama, argues that debt forgiveness would be taxable. In short, if someone is getting $50,000 forgiven, that’s $50,000 in income that an individual would have to claim and pay taxes.

Ultimately, forgiving student debt won’t get America out of the COVID-19 recession. It won’t spur economic growth. It won’t even put that much money in borrowers’ bank accounts.

from Latest – Reason.com https://ift.tt/2JBu05Z
via IFTTT