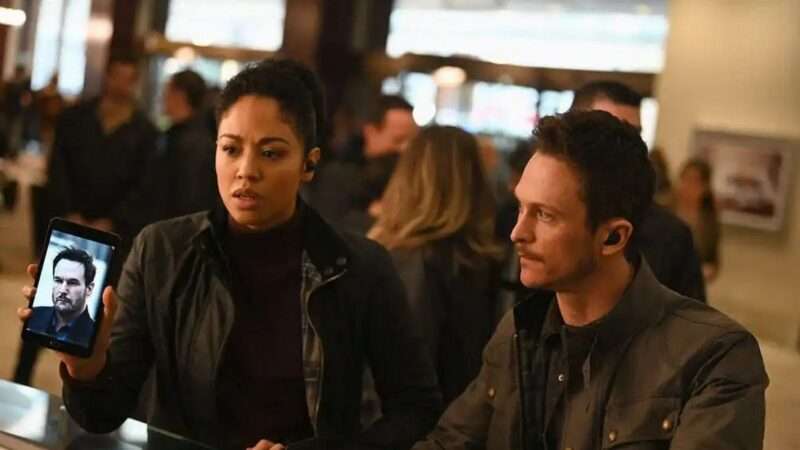 Tragically—well, maybe; you be the judge—that bastard COVID has claimed another victim. The X-Files is finally dead, a stake pounded through its throbbing space-alien heart by its dozenth or so television clone. The killer was Debris, a mumbly and mindless sci-fi drama that would never have made it on the air if NBC weren’t so desperately scrambling for new pilots as the COVID production lockdown virus slouched toward Hollywood last spring.

If you somehow missed The X-Files during its 11-season run on Fox, or the various movie spin-offs, comic books, and video games that followed, you’ve probably seen it under some other name—Fringe, Warehouse 13, Dark Skies, and too many others to count—because it essentially engraved the template for nearly all the television science fiction that followed over the three decades that followed its 1993 debut.

Not every series followed every particular, but generally speaking, you had a team led by two temperamentally opposed but sexually attracted investigators looking into weird phenomena caused by—in descending order of sinisterness—conspiracies of the U.S. government and/or extraterrestrial civilizations manipulating human history. Some episodes were devoted to the series’ overarching conspiracy storyline; some to a “monster of the week” that didn’t necessarily tie in very closely with the big story. (I was gravely disappointed when a demon’s lecherous obsession with a Stanford coed in an early episode of Supernatural turned out not to be a central tenet of Satanist theology.)

This was kind of fun for a while on The X-Files, but even the show’s own producers seemed to have sensed it was getting a little thin when they entitled an episode in the ninth season “Jump The Shark.” Most of the clones died off much more quickly. And finally one of them has been stillborn. Debris will freeze your blood not with terror but tedium. Its monsters are puny and its dialogue mostly left over from 1955. (“In the wrong hands,” gravely warns one investigator of the outer-space junk they’re chasing, “it could be the end of humanity.”) I wouldn’t watch this stuff with your eyeballs.

Debris stars Jonathan Tucker (Westworld) as CIA operative Bryan Beneventi and Riann Steele (NCIS: New Orleans) as his partner Finola Jones, an agent of the British intelligence outfit MI6, who’ve been teamed on a task force searching for the shattered remains of an alien spaceship. (Anybody who remembers the results of the CIA’s partnership with MI-6 through its agent Kim Philby will not exactly be optimistic about the outcome of this project.)

Beneventi, who just completed several years in Afghanistan that entailed the removal of eyeballs with knives or some similar intelligence task, is not inclined to view the alien junk in a positive light. Steele, who blathers on like a Hallmark card in the terminal stages of diabetes, thinks it’s like penicillin of the cyberage. She holds fast to her belief even after seeing the debris transmogrify a waitress into something that plunges seven stories to her death on a dining table in a hotel restaurant, not to mention causing various random Americans to burst into hemorrhages from their eyes. Sherlock Holmes has left the building.

Supposedly the search for the debris is complicated by various factors, including counterplotting by the CIA and MI-6; the interference of Jones’ dad, a star physicist and—um—dead; and a group of unknown but thuggish-looking fellows who are trying to get their own hands on it. Their exact goal is unknown, but some of them have letters of the alphabet tattooed on their fingers, which in my experience is never a good sign.

But the interest in these various subplots is seriously undercut by the sparse dialogue and its frequent incomprehensibility due to Steele’s posh British accent, which will likely leave a lot of viewers feeling like Whoopi Goldberg to decipher Rolling Stones lyrics in Jumpin’ Jack Flash. Incomprehensibility, though it’s usually due to plot machinations rather than accents, is a regular feature of creator-writer J.H. Wyman’s work, particularly the old sci-fi series Fringe, another X Files clone that Debris closely resembles. By the end of its 2008-2013 run, Fringe had hopped through so many time-travel worlds and alternative universes that even the characters seemed uncertain where they were at any given moment. But I could always tell. In Hell, about the Ninth Circle. It’s a neighborhood viewers of Debris will get to know well.

from Latest – Reason.com https://ift.tt/3pTlkY5
via IFTTT