Last year was a difficult period for many people, and as Gallup’s latest Negative Experience Index indicates, unhappiness continued to rise worldwide in 2021, “as the world overall became a sadder, more worried and more stressed-out place”.

But, as Statista’s Martin Armstrong details below, in two countries – Afghanistan and Lebanon – more people were living in misery than anywhere else on the planet.

In the 2021 survey, the two countries recorded the two highest scores in the world on the index, which is based on people’s daily experiences of sadness, stress, worry, anger and physical pain. Higher scores on the index mean more of a population is experiencing these emotions. 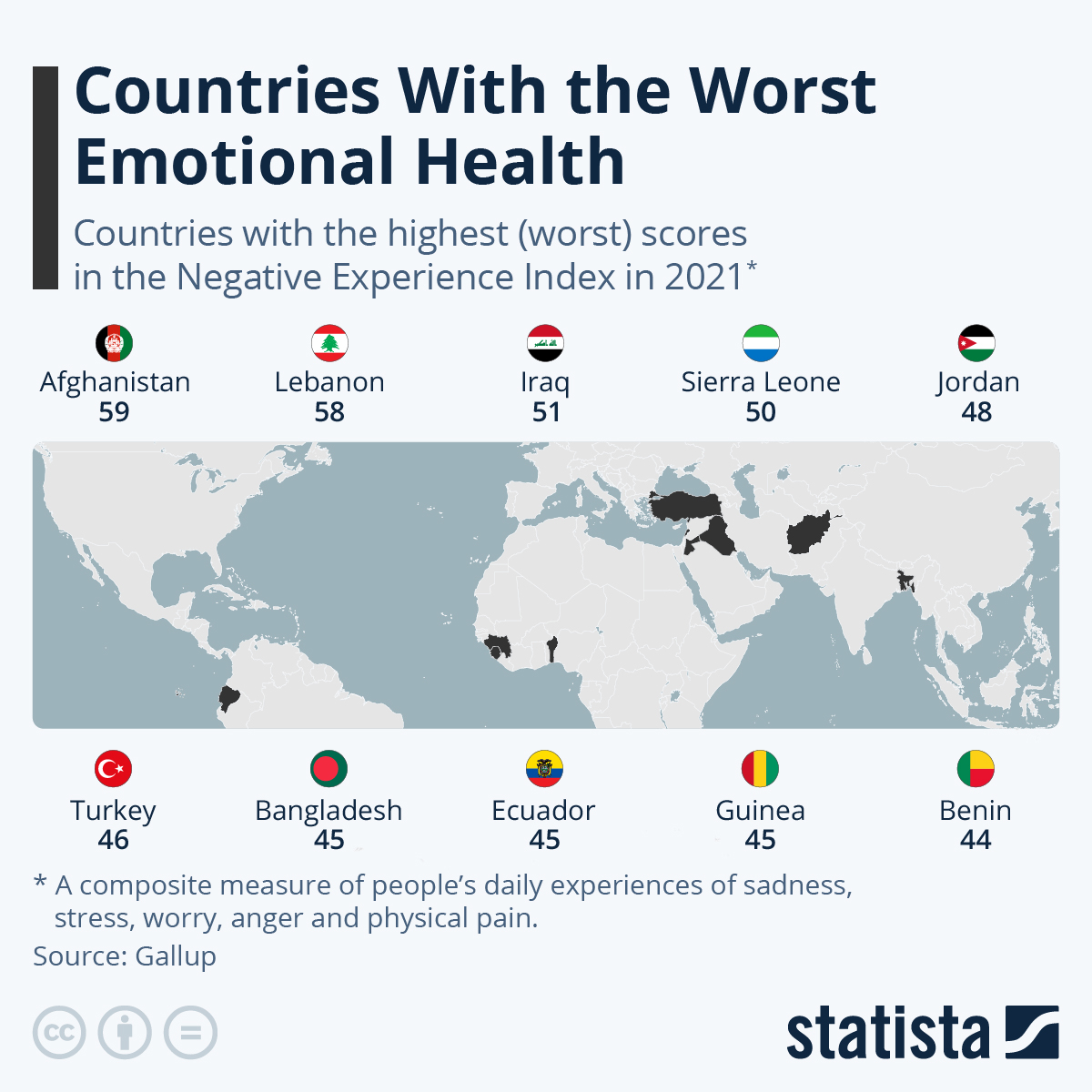 As summarized by Gallup, “most of the countries with the highest scores on the Negative Experience Index were contending with some type of economic or political instability in 2021”.

“When Gallup surveyed Afghanistan as the Taliban retook control last year and as the U.S. withdrew its troops, Afghans’ emotional state reflected the chaos and uncertainty. 80% of Afghans were worried, 74% were stressed, and 61% were sad.”

Tellingly, “no other population in the world has ever reported feeling this worried in the history of Gallup’s trend.”