The State Of Unemployment In Europe

As Statista’s Anna Fleck shows in the infographic below, based on new data from Eurostat, in June 2022 the EU countries (plus the UK) where unemployment was most widespread were Spain (12.6 percent), Greece (12.3 percent) and Italy (8.1 percent).

This compares to the average rate for the European Union of 6.0 percent, which is an improvement on the 7.2 percent average of the year before. 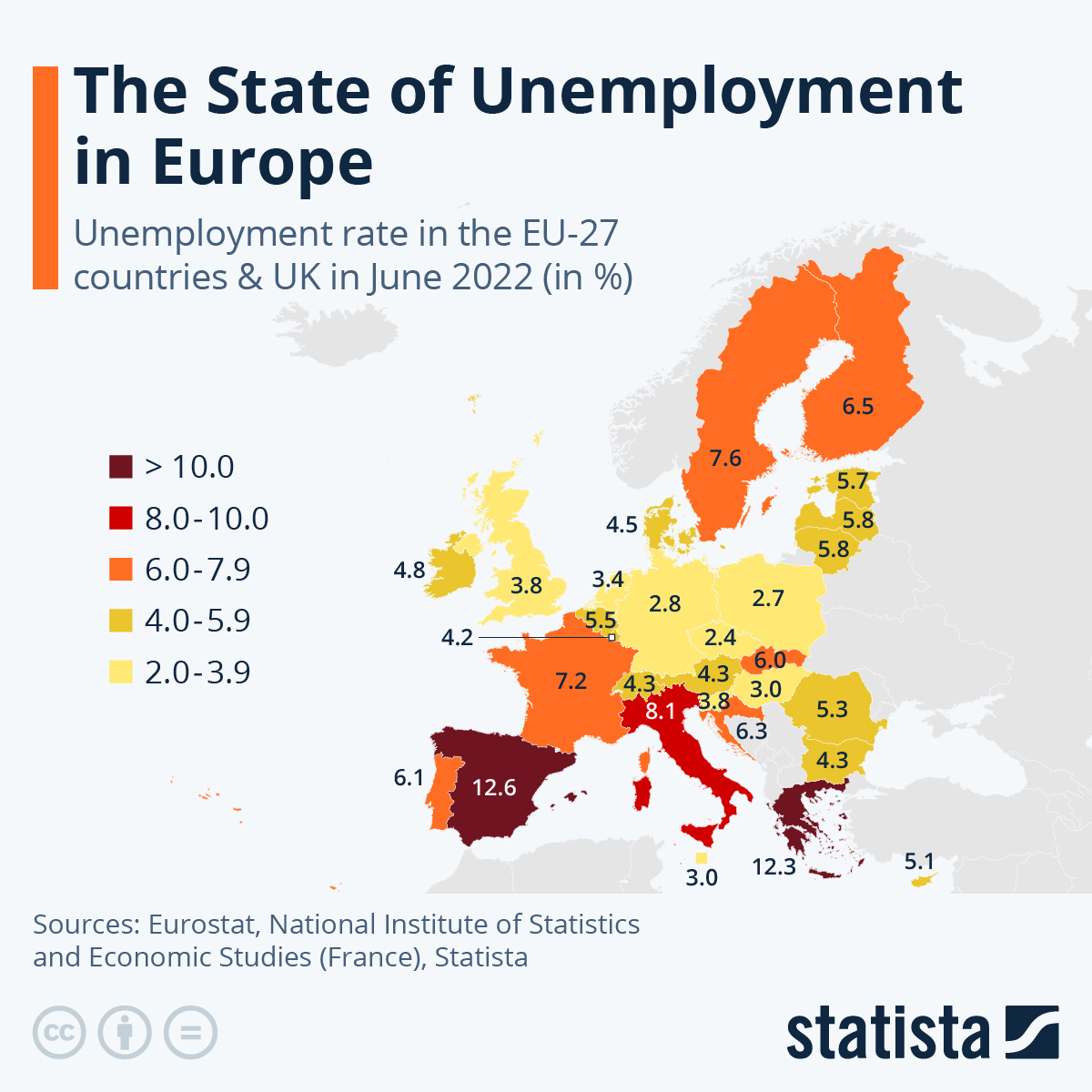 Eurostat reports that around 12.931 million men and women were unemployed in the EU in June 2022.

This is an improvement on June 2021, when 2.311 million more people had been without a job in the EU.

In terms of youth, an estimated 2.546 million people under 25 were unemployed in the EU as of the latest reading.

The rate was slightly worse for women, at 6.4 percent, versus for men, at 5.7 percent.