Gold edged up to near one and a half week highs above $1,316/oz today, supported by a surge in the U.S. National Debt of $328 billion in one day to over the $17 trillion mark. 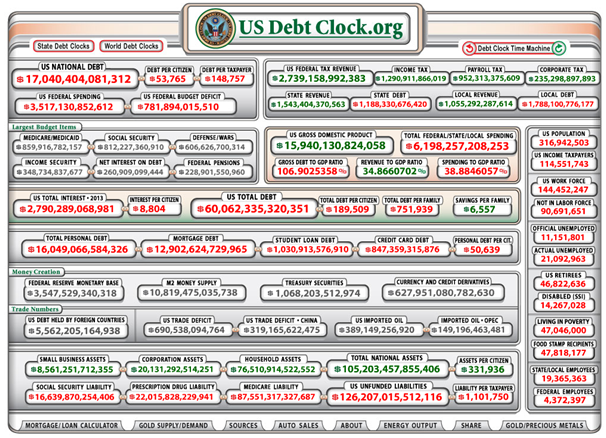 Gold rose 3.5% last week and had its best weekly gain in two months due to increasing concerns about the appalling U.S. fiscal outlook and the outlook for the dollar.

The can kicking exercise that was the U.S. budget deal last week extends the U.S. government’s borrowing authority through to February 7th and restores federal funding until January 15, threatening a another debt crisis in the coming weeks.

Platinum climbed to the highest price in almost a month, and palladium hit a seven week high, following the news that a union official was shot and killed near the Marikana mine in South Africa. Platinum for January delivery rose 0.2% to $1,437.80/oz,, while palladium for December delivery gained 0.4% to $740.65/oz.

Silver outperformed gold, with silver surging 1.4% to $22.18/oz after the near 3% rise last week.
CNBC have begun polling gold analysts and the latest poll of gold market sentiment showed 52% (12 out of 23 respondents) expect prices will rise this week, 39% (9 out of 23) predict declines while 9% (2 out of 23) see prices trading around current levels.

Gold analysts are again bullish as an alternative to the embattled U.S. dollar amid still fragile economic growth and the surging national debt, according to CNBC’s latest market survey of traders, analysts and strategists.

Gold in US Dollars, 5 Years – (Bloomberg)

Just one day after President Barack Obama signed into law a bipartisan deal to end the government shutdown and avoid default, the U.S. debt surged a record $328 billion in one day, the first day the government was able to borrow money.

U.S. debt appears to be racing out of control and nobody seems to know where or when the spending will end.

The U.S. debt now equals $17.075 trillion, according to figures the Treasury Department posted online on Friday and $17.04 trillion according to the U.S. National Debt Clock.

The one day explosion of $328 billion to the U.S. debt load smashed the previous record of $238 billion in one day, set two years ago.

These are figures that would normally be seen in banana republics.

A billion minutes ago, Jesus was alive.

A billion hours ago, our ancestors were living in the Stone Age.

A billion dollars ago was only 8 hours and 20 minutes, at the rate Washington is spending taxpayers dollars today.

The huge leap toward what some economists fear will be eventual insolvency was blamed on the government replenishing its supply of “extraordinary measures,” that is, the federal funds it borrowed from over the last five months in a desperate effort to avoid hitting the debt ceiling.

Under the law, government coffers are refilled once there is “new debt space,” according to a report in The Washington Times.

The Treasury Department was forced under so-called “extraordinary measures” to borrow $400 billion beginning in May, in anticipation of an agreement between Congress and Obama.

“Usually Congress sets a borrowing limit, or debt ceiling, that caps the total amount the government can be in the red,” according to the report. “But under the terms of this week’s deal, Congress set a deadline instead of a dollar cap. That means debt will rise by as much as the government spends between now and the February 7 deadline.”

If the rate of spending continues as it has over the last five months, U.S. debt may eventually increase by as much as $700 billion or $0.7 trillion before it must apply for another increase to the debt ceiling.

President Bush and his administration spent money like drunken sailors and their guns and butter economic policies, more guns than butter, left President Obama with a poisoned chalice.

Americans have left Main Street America on its knees. This was graphically seen in the massive spending for unnecessary wars.

However, much of Obama’s policies have continued to favour Wall Street and corporate interests over Main Street and  Obama is failing to alleviate the suffering of thousands of Americans who have lost their jobs and or their homes and are struggling to make ends meet.

This doubling in the U.S. national debt means that the U.S. is now the largest debtor nation in the world – by a significant margin. This profligacy will be paid back by the American people, and most likely by people every where, in the form of higher taxes, higher interest rates, inflation and almost certainly a currency crisis.

As ever, historical context is all important. The U.S National Debt took 43 Presidents from 1789 until 2008 to reach $9 trillion. The National Debt rose $4.899 trillion during the two terms of the Bush presidency. It has now gone up nearly $8 trillion since President Obama took office.

If Obama’s budget projections prove accurate, the National Debt will top $20 trillion in 2016, the final year of his second term. That would mean the National Debt increased by 87%, or $9.34 trillion, during his two terms.

The silly political blame game is pointless, a distraction and a waste of time. The real issue is how the irresponsibility of American politicians will be paid for by all of us and drastically affect all our personal finances in the coming years. This is where the real focus and debate should be.

The U.S. debt crisis does not bode well for the long term health of the U.S. dollar as global reserve currency nor for the U.S. economy. Conversely, it bodes very well for gold and for those who have an allocation to physical, allocated gold. 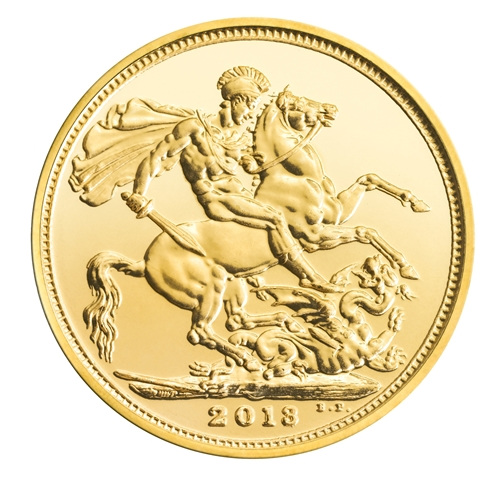