There are people in the world that go to work every day to end up stating the damn obvious. Oh! They get paid for doing that too. Heaven forbid that they should do that for free. They get paid for saying what we have all been shouting from the roof-tops for years and that has been complacently ignored, pooh-poohed, laughed at, lambasted and pulled apart. Well, now it’s our turn to do the same to the German Central Bank, the Bundesbank for stating the obvious in a report on Monday in which it has been admitted that the German housing market is ready to bust its bubble since housing is overvalued by 20%. Dankeschön Bundesbank! 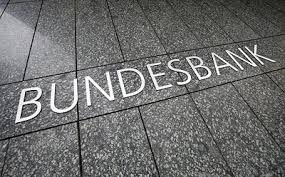 Housing Bubble at the Bundesbank?

What is worth celebrating is only that at last someone from a central bank has actually admitted what the rest of the world has been harping on about and griping over for years now. Do people that get appointed to central banks come from planets where they can’t see properly or where they at least see the world from that rose-colored spectacle point of view? Do they have some perception of the world that is entirely different from our own one? Up until now, it may well have been what they have been making us believe.

In a report published yesterday the Bundesbank states that house rises: “are difficult to justify based on fundamental factors”. We all saw that coming in a bis-repetita placent fashion. One housing bubble is never ever enough. It’s like a double shot of vermouth. It might hurt the next morning, but it’s a damn good feeling as it slips down the throat and then we forget and hot the bottle again when the headache has somewhat subsided. That’s what’s been happening for months now around the world in our economies; and the headache still hasn’t gone. Banks are still being injected with drip-fed cash propping them up from all sides in the hope (against hope) that the economy will be rescued and revamped.

According to some analysts, there’s yet again no need to worry and any alarm bells that are sounding are the pure fantasizing of alarmist plot theories of a growing bubble issue on the housing market. Germany isn’t in any danger according to some of an explosion since:

But, that won’t stop the bubble growing since there is a lack of available housing in German cities as well as in other major places in the world as migrationary workers and increases in population size outstrip the availability of space and building projects. In the short-term there will be a further increase in housing prices in these cities. Limited supply coupled with reduced interest rates will inevitable make demand greater than supply and prices will in back-to-basic economics increase. There should be the ‘housing bubble for dummies’ coming out in the very near future. But, even then, someone will turn around and say that they never saw it coming.

It’s not just Germany it’s all over the world from Shanghai to New York. In the UK two financial schemes set up by the government (Help to Buy and Funding for Lending) have already caused reminiscent memories of the US mortgage guarantee programs and a disguised subprime set-up. No matter. We shall just end up with the same bricks and mortar on our faces as the banks and the investors rake in the money and then end up getting propped up and injected with more greenbacks (still).

There are those out there who are still saying that the word bubble is only premature and let’s not put the cart before the horse. Only trouble is: the horse went to the knacker’s yard long ago and there really won’t be any point in bolting the financial (un-)stable door when it all happens again.

The growing bubble will explode and what’s bad enough is that the countries we live in haven’t even got governments that have been able to admit and recognize the economically blatantly obvious situation that we have been preparing for now for the past five years. Even when they have admitted it, they turn round and just like the Bundesbank say that there is no ‘macroeconomic risk to financial stability’.

Here we go again for another round of financial roller-coaster strife.  But, that is stating the obvious too. So, no prizes there either!

hould we get rid of the rating agencies? Rate them yourself!

You might also enjoy: Let’s Downgrade S&P, Moody’s and Fitch For Once | US Still Living on Borrowed Time | (In)Direct Slavery: We’re All Guilty | The Nobel Prize: Do We Have to Agree? | | Petrol Increase because Traders Can’t Read | Darfur: The Land of Gold(s) | Obamacare: I’ve Started So I’ll Finish | USA: Uncle Sam is Dead | Where Washington Should Go for Money: Havens | Sugar Rush is on | Human Capital: Switzerland or Yemen? | Crisis is Literal Kiss of Death | Qatar’s Slave Trade Death Toll | Lew’s Illusions | Wal-Mart: Unpatriotic or Lying Through Their Teeth? | Food: Walking the Breadline | Obama NOT Worst President in reply to Obama: Worst President in US History? | Obama’s Corporate Grand Bargain Death of the Dollar | Joseph Stiglitz was Right: Suicide | China Injects Cash in Bid to Improve Liquidity