There are times when things are jinxed from the very moment they have been drafted into blueprints and right up until the moment they are conceived. There are just times when it would be probably better to cut your losses while the chips are down before it all goes downhill and drags you with it. That’s what President Obama should be thinking right now with his Obamacare. At least President Obama will take his name into posterity into the annals of history, but he will be remembered for the kafuffle over the internet sites and the rumpus over the Republican blocking of his healthcare plans for the country. Give up? Would probably be a good idea to give up and get out. 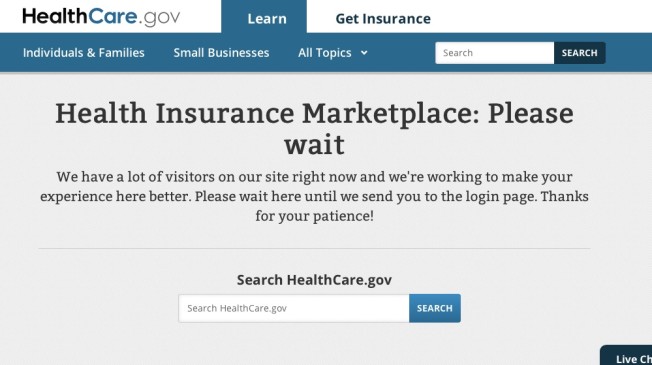 How to Spell Trouble

Yet again there has been another setback in the healthcare program of President Obama with the data center (which enables US citizens that have up until now been largely unable to purchase healthcare insurance to get that coverage) going down yesterday. Online enrolment and purchase of healthcare coverage was stopped in the entire country yesterday and is just another in the long line of setbacks causing trouble and strife (or scornful reproach) for the President.

Healthcare.gov has only been on line since October 1st 2013 and it has been nothing but trouble for the US. It has been stalled constantly by technical problems that have stopped connection to the site. Government contractors will be working to get things back on line but will it be before Kathleen Sebelius, the Health and Human Services Secretary has to testify before the House of Representatives’ Committee (if she actually does)?

Sebelius has been in the hot seat with the Republicans over the rollout of Obamacare and the bungled manner in which things got off to a(worse than bad) start. Sebelius’ spokeswoman Joanne Peters has stated that “We have always indicated to the committee that she intended to testify but that she had a scheduling conflict. We continue to work with them to find a mutually agreeable date in the near future”. Is that newspeak for ‘I can’t do it, please don’t make me go there mommy’? We shall see if she faces the music this time after the bungle, amidst the claims that she should resign over the matter.

The data center lost connectivity and was unable to connect to federal departments to verify identity and citizenship of people applying for healthcare on line. Only on Saturday Sebelius was espousing the wonders of modern science and the complex calculations that were being done by Healthcare.gov in record time. That’s a case of speaking too soon. Hush my mouth!

Verizon’s spokesman Jeff Nelson said that the problem would be rectified as soon as possible and “engineers have been working with HHS and other technology companies to identify and address the root cause of the issue”.

Will they actually manage to get this done by the deadline of December 15th when people should be enrolled on the scheme by at the very latest? How many of the 7 million citizens in the US that should be enrolling according to President Obama will actually be able to do so? There might be a few champagne corks popping in the Republican side of the House if they don’t manage to get these teething problems (that are turning into downright gum disease by the looks of it) ironed out.

Healthcare.gov has been widely criticized in particular by the contractors since:

The data center (managed by Verizon’s Terremark) had a connectivity issue that resulted in a shutdown. The second for Obama: one federal and the other social. Apparently President Obama never does anything by half. But, perhaps doubling his money is a dangerous bet. Healthcare.gov has been plagued since it was set up and is ailing before it has even got a bed somewhere to be admitted to hospital itself. There were also 14 other internet sites that suffered the same problems. The administration issued a statement in which they inferred that they had no idea as to how long the site would be down.

Perhaps President Obama is actually doing this all himself in a bid to save some money. Stop the sites working and curb the numbers that can sign up. Close the sites down and blame it on the techies. That’s always a good answer. The geeks always get given the flak.

You might also enjoyFinancial Markets: Negating the Laws of Gravity  |Blatant Housing-Bubble: Stating the Obvious | Let’s Downgrade S&P, Moody’s and Fitch For Once | US Still Living on Borrowed Time | (In)Direct Slavery: We’re All Guilty | The Nobel Prize: Do We Have to Agree? | Revolution Costs | Petrol Increase because Traders Can’t Read | Darfur: The Land of Gold(s) | Obamacare: I’ve Started So I’ll Finish | USA: Uncle Sam is Dead | Where Washington Should Go for Money: Havens | Sugar Rush is on | Human Capital: Switzerland or Yemen? | Crisis is Literal Kiss of Death | Qatar’s Slave Trade Death Toll | Lew’s Illusions | Wal-Mart: Unpatriotic or Lying Through Their Teeth? | Food: Walking the Breadline | Obama NOT Worst President in reply to Obama: Worst President in US History? | Obama’s Corporate Grand Bargain Death of the Dollar | Joseph Stiglitz was Right: Suicide | China Injects Cash in Bid to Improve Liquidity