Gold surged 2% in euro terms, from €972/oz to €992/oz, after the shock EU interest rate reduction to 0.25%. Subsequently, aggressive selling came into the market with determined sellers pushing prices back down so that gold ended flat in euro terms after the ECB move to near zero percent interest rates.

The shock move suggests the Eurozone economy and individual European economies are even weaker than thought. Overnight, France had its sovereign credit rating cut to “AA” by rating agency Standard & Poor’s. French banks are some of the weakest in the Eurozone and are very vulnerable to the coming bail-ins.

All eyes will be on the U.S. jobs number later today (13:30 GMT). A poor jobs number should see gold rise on safe haven buying due to concerns about the struggling U.S. economy. A weaker economy will likely lead to a continuation of ultra loose monetary policies.

Ultra loose monetary policies continue in the UK and EU. The Bank of England has decided to keep its key interest rate at a record low of 0.5% and continue its quantitative easing, money printing and bond buying at £375 billion. Currency debasement continues suggesting that the UK recovery is anaemic at best and remains vulnerable.

Another important thing to watch is the Chinese Plenum, the four-day meeting of China’s top leaders which gets underway in Beijing on Saturday and is widely expected to be the launch-pad for major economic reforms from the world’s second biggest economy.

The decisions of the Third Plenum meeting may have a huge potential impact worldwide and they are expected to unveil some of their biggest economic reforms for 35 years.

Some have speculated that the price of gold could benefit from this weekend’s summit in China. There could be the expected announcement that the People’s Bank of China has again dramatically increased their gold reserves. Alternatively, new policies could lead to Chinese people continuing to buy gold in huge volumes for financial insurance, store of wealth purposes.

With the Chinese property bubble set to burst, the bust may lead to even greater demand for physical bullion from the gold loving Chinese.

The shock ECB interest rate reduction and move to loosen monetary policies even further could be the spark that gold needs to help prices get momentum to the upside again. It will be gold supportive, particularly in euro terms. Murmurings of negative deposit rates are also gold positive.

The ECB is also considering adopting even more radical monetary policies involving  quantitative easing (QE) or the creation of euros in order to buy or monetise government debt as the U.S. is doing with their $85 billion a month bond buying programme. Asked whether the ECB would consider QE, Draghi said a number of options were available before quantitative easing would be considered but did not rule out the possibility.

An even more radical option of negative deposit rates is also being considered. There are suggestions that the ECB is considering charging banks for depositing their reserves with the ECB by imposing a negative deposit rate. Many banks might then pass on this negative rate to depositors meaning that extremely low yielding deposit instruments could become negative and actually cost depositors money.

Seasonally, autumn and winter is the strong period for the precious metals due to robust physical demand internationally. This is especially the case in Asia, due to wedding and festival demand and into year end as the Chinese stock up on gold prior to Chinese New Year which this year takes place on January 31st, 2014.

September and November are two of gold’s strongest months in the last 38 years (since 1975) and given the bullish fundamentals, any further weakness is likely to be short term. Interestingly, October is one of gold’s weakest months and weakness in October is often followed by gains in November, December and January making early November a good time to buy gold.

Gold is down 22% year to date and looks set for the first annual decline since 2000. The last time that gold suffered such a poor year to date performance was in 2008. At the start of November 2008, gold was trading down 14.6% for the year.

Sentiment was very poor with banks and analysts saying that the gold bubble had burst and gold was going to fall more. Some said that gold below $500/oz was on the cards. Bearish sentiment was at extreme levels and all notions of fundamental value were thrown out the window as the financial crisis morphed into a global economic crisis.

Stock, commodity and many currency markets internationally were in meltdown on panic selling.

Many announced that gold was no longer a safe haven. Gold and silver’s price fell 4.3% and 8% on October 24th, 2008, on massive deleveraging and wholesale panic selling in all financial markets.

This was despite still very strong demand, shortages and increasing tightness in the physical market. The tightness was spreading from the small coin and bar market up to the larger bar market and premiums on larger bars such as 5 kilo bars and 100 oz bars were also increasing. Gold lease rates remained very high on increasing concern about counterparty risk in the bullion banks.

However that, the point of maximum pain, was actually a great buying opportunity and those who took our advice, diversified and bought on gold’s extremely poor sentiment and weakness, did extremely well in the coming weeks and months. 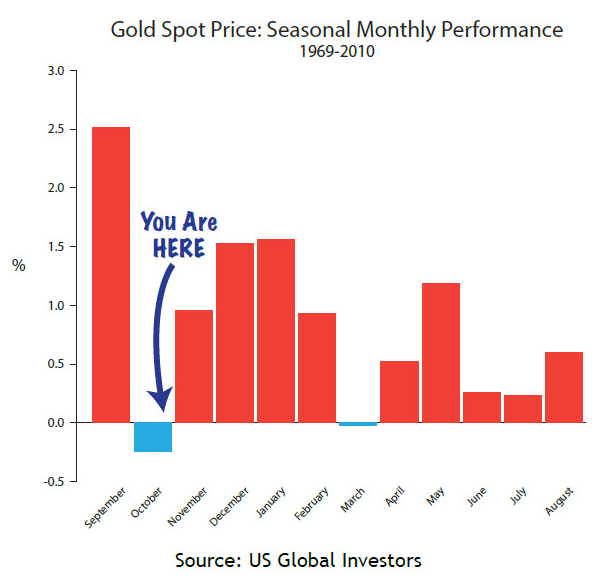 The wisdom of buying when there is extreme doubt and pe
ssimism had been seen again. Those who held their nerve and bought low did very well and will continue to do well.

Those who use today’s lows to gradually accumulate physical bullion coins and bars for delivery or in allocated gold accounts will also be rewarded in the coming months. The fundamentals of gold have not changed and the medium term market drivers of gold remain positive.

Ultra loose monetary policies are set to continue for the foreseeable future which is highly supportive of gold and should lead to real record highs, inflation adjusted, over $2,400/oz in the coming years. 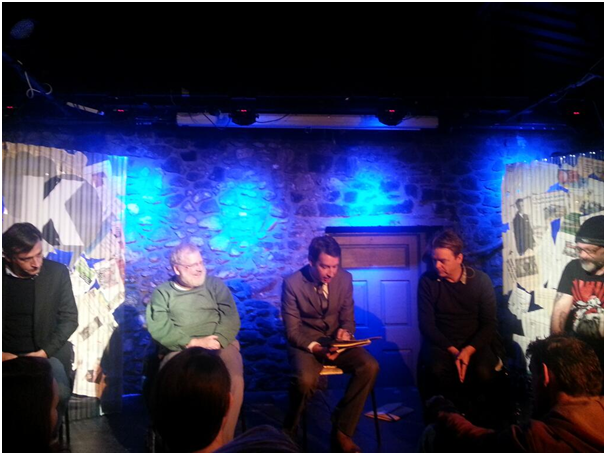