The EU may have many worries and woes that are slapping it around its face right now (and it could be said for a number of years), but there is one thing that is worrying economists more than the sovereign-debt crisis and that’s the fact that prices are not increasing enough. Economists at the European Central Bank have been demanding an increase in prices and for the ECB to react. If only they would ask the people what they actually thought, it would be certain that Europeans might well answer that the rise in prices is the last thing they need.

While Europeans have trouble finding enough money to pay the bills and eking out your salary is the order of the day for most people these days (and not just in Athens), it seems just a little far-fetched to ask for a rise in prices that is quicker today. As France gets a drop in the ratings by Standard and Poor’s and falls to AA (with a stable outlook).

The result for France was an increase in 10-year borrowing costs and bond yields that increased to 2.389% at the end of last week. Standard and Poor’s stated: “We believe the French government’s reforms to taxation, as well as to product, services and labor markets, will not substantially raise France’s medium-term growth prospects”. The statement went on to say: “ongoing high unemployment is weakening support for further significant fiscal and structural policy measures. Moreover, we see France’s fiscal flexibility as constrained by successive governments’ moves to increase already-high tax levels, and what we see as the government’s inability to significantly reduce total government spending.” 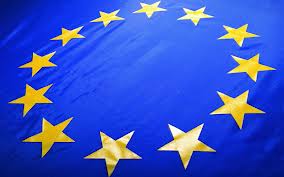 Prices in France for example rose in September by just 0.9%. Admittedly, inflation is bad, but no inflation is just as bad. Why get your savings out of the bank when the prices will probably drop in the future anyhow? Borrowing money is hardly going to be on the agenda since in times of normal inflationary pressure, the repayments would decrease over time as a percentage of the income. In times of deflation the repayments remain considerably higher than they should be.

But, who in the EU believes that they have enough money to put up with another increase in prices? Perhaps if they hadn’t played about with the prices so much when they brought in the euro, they wouldn’t be in the mess they are in now. According to the ECB and Eurostat, while they admit that prices for everyday products rose considerably (without actually stating by how much), they have stated that prices rose on average only by 0.3% when the euro was introduced in 2002, which was added on to the inflation that year of 2%.

What is true is that countries with high levels of debt will have greater difficulty seeing that burden decrease over time if there is no inflation. Greece has a debt of 169.1% of GDP and Italy has a public debt of 133.3% of its GDP.

Feeling that prices increased in the EU?

How many Europeans actually felt only an average price increase of ‘0.3% above normal’? Statistics can tell any old story we like really.

The Cost of Living

The Cost of Living Index for 2013, which is updated every year in Q1, uses New York City as the relative comparison and the base figure of 100%. All countries are shown as comparisons to that base figure.

Local Purchasing Power in the Index of the Cost of Living shows the relative purchasing power and the ability to purchase goods or services with the average wage of that country.

Average Wages in the World

The average monthly wage was published last year by the United Nations’ International Labour Organization and it averaged out to $1, 480 per month. It was the first time that such a figure had been published by the UN (2012 for 72 countries). Firstly, the figure is largely open to criticism because it is an average and secondly because it is for 72 countries in the world and therefore cannot be representative. Surely, at least the median wage would be a better starting point if we were going to compare anything. Averages are bad simply because they don’t take into account the excessively high or low income in some countries.

Maybe you can compare your own salaries to those averages and either see where you are or whether you believe it or not. We can do anything we like with statistics, it has to be admitted.

The ECB decided that their answer to deflation in the EU was to decrease interest rates to record lows.  ECB benchmark interest rates were decreased last week to 0.25%, from 0.5%. The euro fell against the dollar immediately by 1% and that may help the Eurozone become a better buy in the months to come.

In the meantime however, whatever good it may do to the Eurozone, the people there are hardly going to be happy that they have to have another increase in their prices yet again.

Originally posted: Cost of Living Not High Enough in EU

You might also enjoy: Record Levels of Currency Reserves Will Hit Hard | Internet or Splinternet | World Ready to Jump into Bed with China

Indian Inflation: Out of Control? | Greenspan Maps a Territory | Gold Rush or Just a Streak? | Obama’s Obamacare: Double Jinx | Financial Markets: Negating the Laws of Gravity  |Blatant Housing-Bubble: Stating the Obvious | Let’s Downgrade S&P, Moody’s and Fitch For Once | US Still Living on Borrowed Time | (In)Direct Slavery: We’re All Guilty | The Nobel Prize: Do We Have to Agree? | Revolution Costs | Petrol Increase because Traders Can’t Read | Darfur: The Land of Gold(s) | Obamacare: I’ve Started So I’ll Finish | USA: Uncle Sam is Dead | Where Washington Should Go for Money: Havens | Sugar Rush is on | Human Capital: Switzerland or Yemen? |