Gold rallied for its fifth day and last week showed its highest margin growth since October on signs of stronger demand from China. Gold ETF products have dropped to levels not seen since the 2008 financial crisis. With speculative hands exiting the market, physical demand may again drive prices.

The IMF published research by Harvard professors, Carmen Reinhart and Kenneth Rogoff, that highlighted that most countries in the Western world will require defaults, higher inflation and a savings tax to save their economies as debt levels reach an astounding 200 year high.

The debt crisis crippling sovereign economies may even require 1930’s style write offs or IMF tools for austerity as seen in the past.  The authors are familiar to the IMF, Rogoff was a former chief economist. They were lauded for their work, This Time is Different: Eight Centuries of Financial Folly,  but stirred controversy latter by suggesting that that growth slows sharply once public debt exceeds 90pc of GDP.

The crux of the paper highlights the following:

1. Wealthy nation’s policy makers are in denial that they are different than poorer nations and feel that their debt can be reduced by austerity cuts, growth, and tinkering.

2. Advanced economies wrote of debt in the 1930s. First World War loans from the U.S. were forgiven when the Hoover Moratorium ended in 1934, giving debt relief worth 24% of GDP to France, 22% to Britain and 19% to Italy.

3. During a further restructuring of the war reparations regime on Germany under the Versailles Treaty, the U.S. itself imposed haircuts on its own creditors worth 16% of GDP in April 1933 when it abandoned the Gold Standard.

4. The policy is essentially a confiscation of savings, mostly achieved by increasing inflation while rigging the system to stop markets taking evasive action. The UK and the U.S. ran negative real interest rates of -2% to -4% for several years after the Second World War. Real rates in Italy and Australia were -5%.

The Telegraph article by Ambrose Evans-Pritchard, illuminates that opponents of the present system find that extreme austerity without offsetting monetary stimulus is the main reason why debts have been spiralling upwards even faster in parts of Southern Europe.

Unstable eurozone states are particularly vulnerable to default because they no longer have their own sovereign currencies, putting them in a similar position as emerging countries that borrowed in U.S. dollars in the 1980s and 1990s. The eurozone is further troubled with an unstable banking system that may still require significant recapitalization. 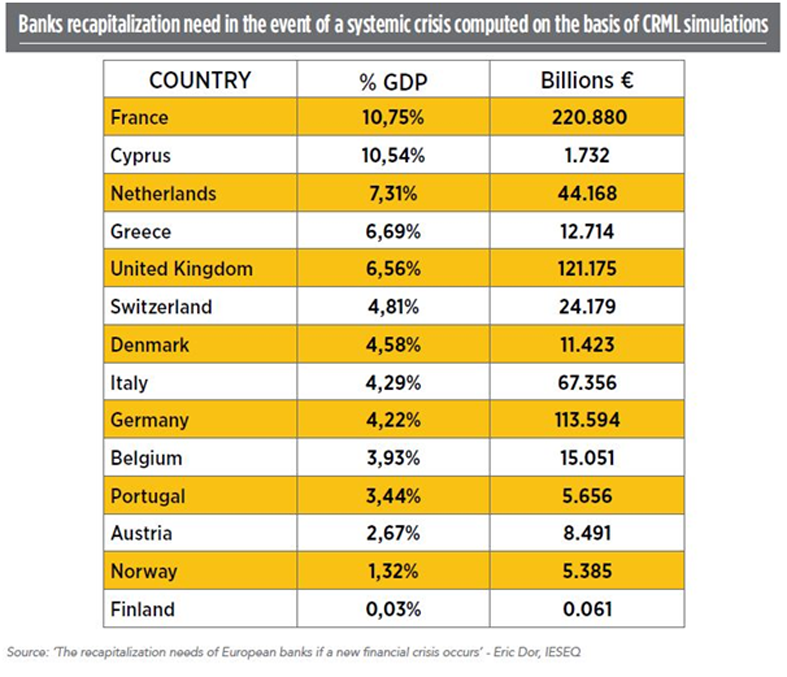 As seen with the 2008 financial crisis, a catastrophe across the pond will ripple and affect all trading partners in our interdependent world. These type of macro economic risks continue to support the need for safe haven investments like gold and precious metals.