Poker players, much like golfers, are a group notorious for making side bets and prop bets with one another to keep themselves amused. One such professional player, Rich Alati, recently engaged in a $100,000 bet with fellow player, Rory Young, that led to him winning more than $64,000.

According to Fox News, Alati accepted a challenge by Young that he would not be able to stay for 30 days inside of a pitch black bathroom in complete isolation. 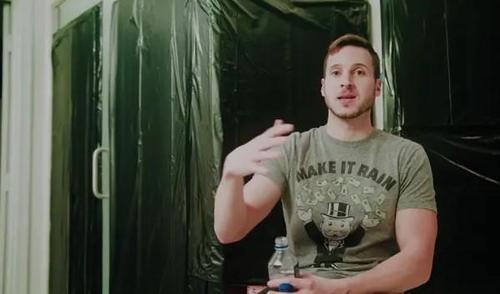 The players agreed that Alati would be allowed to be delivered food from a local restaurant at odd times and irregular intervals to prevent him from keeping track of what time it was. While he didn’t have access to television, radio or a phone, he would be allowed to have a yoga mat and a massage ball, as well as lavender essential oils and a sugar and salt scrub for the bath. Alati’s father was allowed to monitor him by video feed and could choose to pull him out and call off the bet at any point.

“I wouldn’t do this bet for any amount of money.”

Despite psychologists warning that this type of solitary confinement for a prolonged period of time could be “extremely taxing” on Alati’s health, he went into the bet with an air of confidence, given his strong background in yoga and meditation.

Another psychiatrist from the Wright Institute at Berkeley stated:

“Anxiety, anger and despair, often with a high risk of suicide, is the average clinical presentation of prisoners in solitary.”

10 days into the bet, Alati looked “totally fine” and Young started to worry that he might lose the $100K. Here’s a still image from video of Alati stretching: 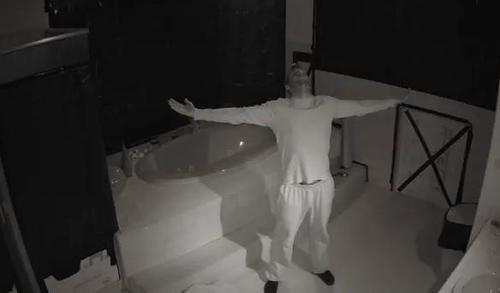 15 days in, he made Alati a $50,000 offer to leave the room and call the bet off, trying to save half of what he had put on the line. But Alati declined and the two men continued to negotiate, despite Alati reportedly suffering from “bouts of hallucination and several moments of despair”.

On day 20, Alati accepted Young’s offer of $62,400 to finally leave the bathroom. Both players were happy with the results and glad that they had participated in the bet.

“I think it is a good story of when two people want to test whether they can do something, they do it in a fair environment and can work together, and even though one of us lost a sizable chunk of money, we both feel great about it.”