Authored by Mac Slavo via SHTFplan.com,

The government shutdown is just providing more evidence that the government itself is unnecessary. Private companies in the Yellowstone area are voluntarily paying to keep the park clean without federal funding. 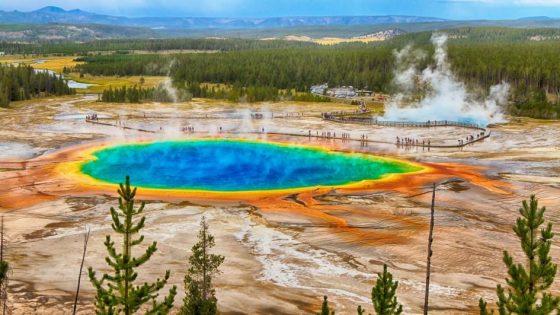 According to Reason, nearly three weeks into the government shutdown, some of America’s national parks are starting to get a bit rank. Access to the parks (which are supposedly “owned” by the people who think they are the government) is free since there are no employees to collect the typical $35-per-vehicle entrance fee. But that comes with the trade-off of there being no employees to empty trash bins or clean toilets either.

Meanwhile, without being forced by the government, private companies are voluntarily paying to keep Yellowstone National Park in Wyoming clean. National Public Radio reports, local businesses are chipping in to make sure the bathrooms get cleaned, the roads get plowed, and the tourists keep coming. Even in the middle of winter, the park gets an estimated 20,000 visitors per month—and those hardy folks want to rent snowmobiles, hire tour guides, and take sightseeing trips. The private-sector businesses that thrive on those tourist dollars have a pretty strong incentive to make sure Yellowstone remains accessible – much more incentive than the government has.

This is what voluntary interaction looks like.  Not one single person is forcing these companies to pay for snow plowing, however, because it is in their best interests, they have decided to foot the bill. Xanterra Parks and Resorts, which runs the only hotels inside Yellowstone that remain open during the winter, is leading the effort to cover the $7,500 daily tab for keeping the roads plowed and the snowmobile trails groomed during the shutdown, NPR further reports. Thirteen other private businesses that offer tours of the park are also chipping in $300 a day to help cover that expense.

There’s also probably a useful lesson here about what the privatization of national parks would look like. Rather than the corporatized dystopia of environmentalist nightmares, removing the government from the equation would allow businesses that have a vested interest in maintaining and protecting America’s natural splendor to do exactly that – and would prevent the parks from being caught up in the unrelated drama of whatever nonsense is happening in Washington, D.C. –Reason

In all, it seems like a pretty straightforward lesson about how private businesses will respond to changing market conditions and incentives. Keeping the park accessible means those businesses can continue to profit off tourists, government shutdown or not.  The market has responded and as government becomes more obsolete and people begin to realize they can live their lives without a master dictating their every move and stealing their money, there will be more and more stories such as this that come to light.