Howard Schultz seemed like a nice enough fellow on CBS’s 60 Minutes show last week. The coffee maestro from the Brooklyn public housing projects is no Golden Golem of Greatness but, alas, he does happen to be a white man, meaning he’s a walking microaggression. And he informed the viewing audience that he is of the Hebrew persuasion, which must have induced a fugue of hysteria among those who believe that the Jews have put the global economy on layaway for some future apocalyptic Hanukkah celebration. 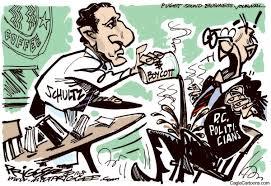 In a way, he’s calling the Political Identitarians’ bluff. The Democrats who, for the moment, remain a major political party, are absolutely determined to put a woman in the White House because men have made the world a failed planet that can only be fixed with a regime of caring-and-sharing. The Democrats would like to drive a wooden stake through Mr. Schultz’s offensive gonads.  How dare he! Does he not know that his independent ticket in the 2020 election will crib votes from whomever the “It’s Her Turn” candidate proves to be — and result in the re-election of that Diet Coke guzzling shit-magnet in the oval office? (!)

Senator Kamala Harris of California is the big locomotive on the track for now. I suspect her cowcatcher will shove Elizabeth Warren, Kirsten Gillibrand, and honorary feminist Cory Booker into the weeds before the first debates are over. Ms. Harris is a formidable personality. You could see it in her hectoring interrogations during senate committee hearings the past few years. She likes to chew up these equivocating pissants sitting below at the witness table and spit them out. She comes from a family of scientists and economists and has had a distinguished career of her own, dealing with a lot of dicey legal questions in the political hall of mirrors called California. I don’t have any doubt that she’s intelligent and qualified. But I do have doubts that anyone will want to take the oath of office on January 20, 2021. 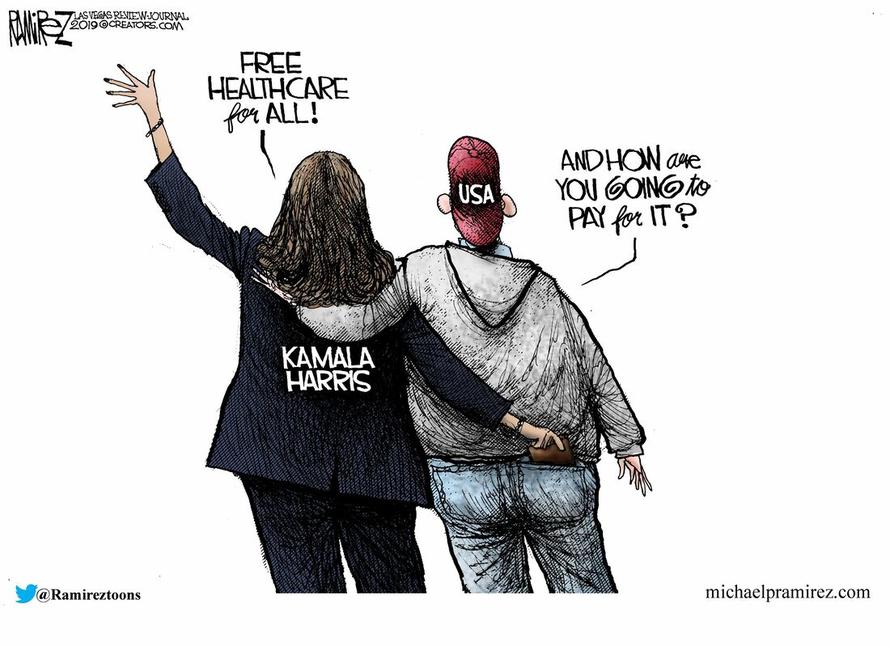 The problem-of-problems (and there are many) is that America has shot its wad borrowing money to keep things going – things like the consumer economy, suburbia, generous pensions, agribusiness, health care, higher education… stuff like that. The reason we’ve shot our wad: the collateral for our loans is gone. Oh? What was that collateral? It was the promise of future economic growth, rather specifically of the industrial type that produced real stuff and real wealth. We put that on a slow boat to China some years ago and replaced it with financialization, which is a colossal Three-Card-Monte game that produces a lot of “money” without producing wealth. Even worse, financialization destroyed the indexes that accounted for the measurement of real wealth, or capital, and replaced it with accounting fraud, so it’s very hard to see the damage.

What it boils down to is that the USA is no longer a credit-worthy borrower. If the USA was looking for a car, it would have to settle for a 14-year-old Jeep Cherokee on somebody’s lawn with a sign taped to the windshield that says “Runs Gud!” Of course, America will still manage a kind of hocus-pocus to give itself loans — which is what happens when the Federal Reserve buys bonds from the US Treasury — but with the collateral of future real growth gone, the catch is that the money itself will increasingly be gone as the dollar loses value. That’s nature’s way of seeking equilibrium.

The final two years of the Golden Golem’s reign will be the workout of these dynamics. Poor Mr. Trump will be left groaning and bellowing in that tar pit of fiscal ruin like a doomed mastodon while the saber-toothed cats prowl the sagebrush flats around him. Let’s face it: he served his purpose. He stirred the pot. He gave the right people some wedgies. He revealed all the fissures in our disintegrating national life. More consequentially, perhaps, he changed the composition of the federal courts. So that when Kamala Harris does take her turn, and discovers the horrifying financial state of the union, the courts will obstruct her most ambitious schemes to strip the remaining assets from the land to keep America’s beater government running at all costs. That is, to turn the USA into a paradise of free everything.

But Howard Schultz kind of mucks things up. Think of him as a sort of Bizarro Golden Golem of Greatness. He will appeal to a lot of voters who are looking for a reassuring Daddy. He fulfills the fantasy of what an outsider businessman-type might bring to the scene without all the reeking baggage on Mr. Trump’s careening choo-choo. 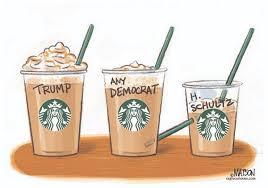 It’s also possible that he doesn’t scare easy, and that the show of claws and fangs he’s been treated to so far on the “Progressive” side of things are an interesting sign of weakness in his adversaries.