After offering ample, market-rattling warnings that its Q1 (a quarter that encompasses the holiday sales season) sales wouldn’t live up to the expectations set in prior years, Apple confirmed in its earnings report that its holiday-quarter revenue declined for the first time since 2001, thanks largely to an unprecedented slowdown in China (long identified as a key growth market for the American consumer-tech giant), as the weaker yuan and a widespread aversion to American companies amid a burgeoning trade spat weighed on sales. 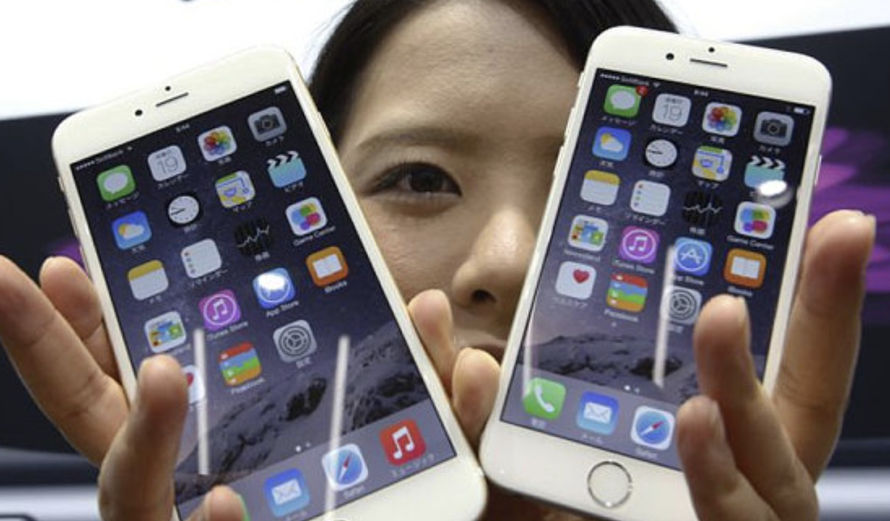 As China struggled with its most severe economic slowdown since 2009, Apple’s sales revenue from Greater China slumped 27% in the most recent quarter. 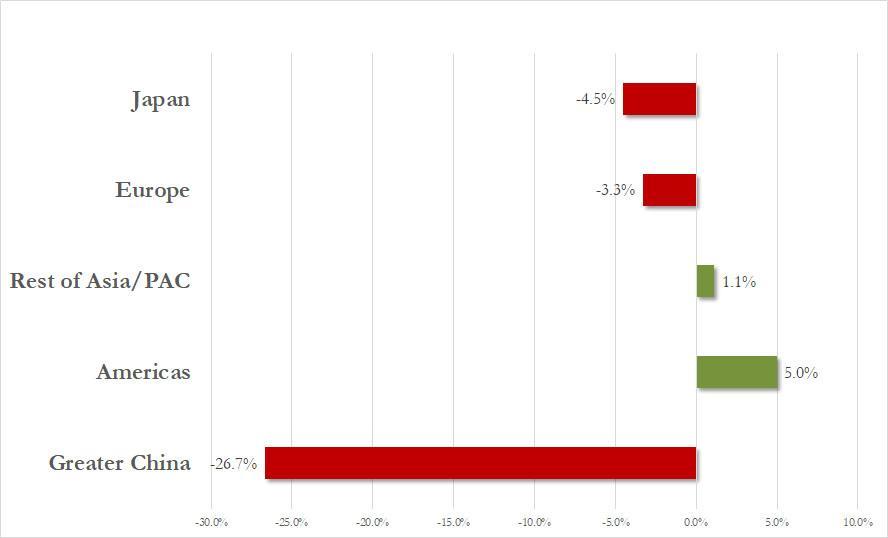 However, since Apple stopped breaking out sales figures for its iPhone, iPad and Mac beginning in Q1, investors were left to assume that the bulk of the decline was due to slowing iPhone sales, an assumption supported by reports of suppliers slashing production to reflect lower shipment volumes, as well as Apple’s own warnings.

But on Monday, research firm IDC issued a comprehensive report on Q4 smartphone sales in China, where offered a clearer picture on the magnitude of the slowdown. And according to a summary published by Bloomberg, the research firmed estimated that iPhone sales in China plunged 20% during the final quarter of 2018, the worst slump on record, suggesting that the slowdown was even more dire than many had believed. But Apple wasn’t alone in reporting slowing sales: As the Chinese smartphone market plateaued, total domestic smartphone sales dropped by nearly 10%, and sales of phones produced by domestic smartphone maker Xiaomi recorded a drop that was nearly twice the size of Apple’s, at 35%.

The domestic market contracted 9.7 percent in the quarter, but Apple declined at about twice that pace, research firm IDC said in a report on Monday. A slowing economy, lengthening replacement times and the iPhone’s hefty price tag contributed to the U.S. giant’s decline, it said. Xiaomi Corp. fared even worse in the final months of last year, when shipments plunged almost 35 percent, the consultancy estimates.

This would explain Apple’s decision to slash iPhone prices by as much as 20% in certain foreign markets, including China. 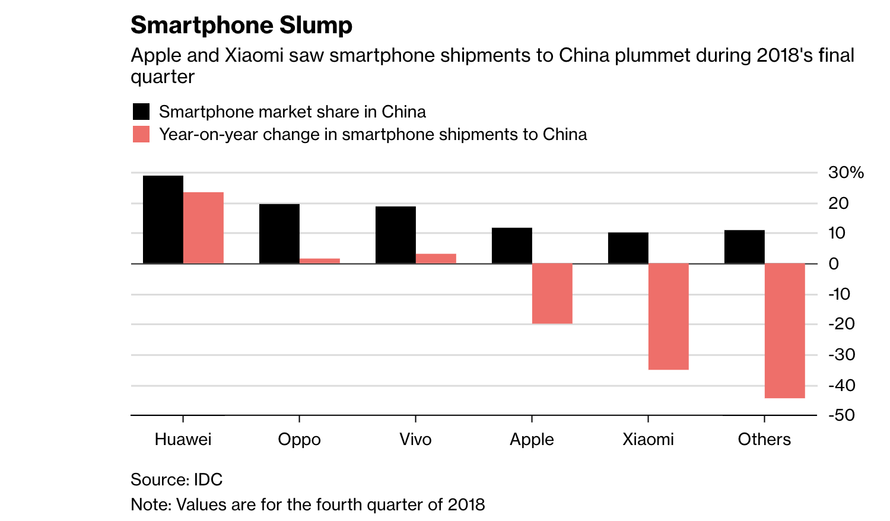 But though a “lack of innovation” across the smartphone universe has inspired consumers to hang on to their handsets for longer, the bigger challenge facing Apple is the rise of Huawei, which briefly overtook Apple as the world’s second-largest shipper of smartphones last year. Given its deep roots in China and close ties to the state, Huawei understands the shifting Chinese market in a way that Apple doesn’t. While shipments of most other smartphones slumped, Huawei sales soared by 23.3% in the December quarter, leading major brands, according to IDC.

“Apple doesn’t have a good go-to market strategy that fits the rapidly changing Chinese market,” said Nicole Peng, a senior director at Canalys. “It also seemed to be slow in reacting to China’s economic slowdown and changes in consumption structure.”

As iPhone sales revenue slid 15% during the last quarter, Apple has been trying to make up for the sales slowdown with increased revenue from its services business, which grew roughly 20% yoy during the quarter – something CEO Tim Cook has sought to emphasize. All told, according to IDC’s calculations, Apple was ranked fourth by shipments in China during the quarter behind Huawei, as well as China’s Oppo and Vivo.

But with so many “complexifiers”, to use the parlance of our times, that could threaten sales during the coming quarters – not the least of which is the recent news that Trump and Xi won’t meet before the trade talks deadline on March 1 – it remains unclear whether Apple will be able to boost sales ahead of the advent of 5G-enabled smartphones, which aren’t expected to be widely available until late next year.