Authored by Nick Cunningham via Oilprice.com, 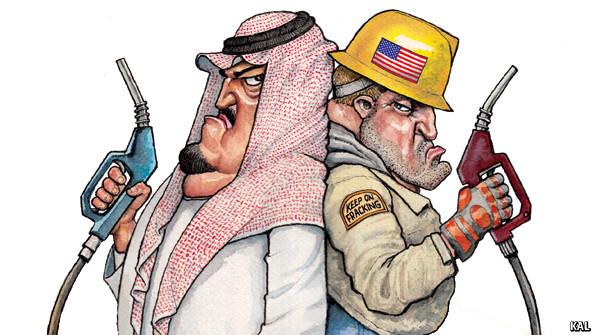 On Thursday, the House Judiciary Committee passed a bill that would allow the U.S. Justice Department to sue members of OPEC for manipulating the oil market. The so-called “NOPEC” bill would remove sovereign immunity, exposing member countries to antitrust regulation.

The bill has appeared in the past under prior administrations. But previous presidents from both political parties have opposed taking punitive action, fearing damage to the U.S.-Saudi relationship.

Times have changed. President Trump has repeatedly posted angry tweets about OPEC, blaming it for high gasoline prices. That led to a revived push for the NOPEC legislation. The murder of Saudi journalist Jamal Khashoggi may have also been a turning point, erasing a lot of goodwill for Saudi Arabia in Washington.

In theory, OPEC members could face confiscation of their assets in the United States. Saudi Aramco, for instance, controls Motiva Enterprises, which owns the largest oil refinery in the country in Port Arthur, Texas.

According to the Financial Times, the prospect of the NOPEC bill becoming law has raised alarm bells not just for OPEC, but also for international oil companies who fear reprisals abroad. Companies like ExxonMobil and BP have major stakes in projects in places like Nigeria and Iraq. These OPEC-member countries could retaliate if they face punitive action from the U.S. government. The FT reports that the oil majors, along with the American Petroleum Institute and the U.S. Chamber of Commerce, are lobbying against the NOPEC legislation.

Analysts speculate that Qatar exited OPEC in 2018 not just because of its rivalry with Saudi Arabia, but also because it has major interests in the U.S., and does not want to face antitrust action. Qatar Petroleum, along with ExxonMobil, just gave the final investment decision for the $10 billion Golden Pass LNG project in Texas.

So, what are the odds of passage for the NOPEC bill? Joe McMonigle, senior energy policy analyst at Hedgeye, told Reuters that low oil prices have removed some of the urgency. “I don’t see any kind of groundswell for it,” McMonigle said.

However, the takeover of the U.S. House of Representatives by the Democrats gave momentum to the bill. One of the first acts of the new House Judiciary panel was to take up the legislation, which it quickly approved on February 7. A full House vote is now possible.

In fact, there is suddenly quite a bit of bipartisan support for the bill, making it closer to becoming law than at any point in history. Senator Chuck Grassley, a Republican, has proposed a companion bill in the Senate.

“The oil cartel and its member countries need to know that we are committed to stopping their anti-competitive behaviour,” Grassley said.

Across the aisle, Sen. Amy Klobuchar of Minnesota, also representing a state with significant ethanol interests, came out in support of the bill.

“Given President Trump’s known hostile stance towards OPEC it now looks like a very good chance that the bill will be voted through,” Bjarne Schieldrop, chief commodities analyst at SEB, said in a statement.

“The prospect of a passage of NOPEC legislation has added bearish pressure to Brent crude.”

It is still too early to say with any certainty, but if the NOPEC legislation were to become law, it could theoretically make it much more difficult for OPEC to set production limits with the aim of achieving certain price targets. It could also put in jeopardy the formalization of the OPEC/non-OPEC alliance with Russia, the so-called OPEC+ arrangement. OPEC and the non-OPEC group led by Moscow are currently negotiating such an entity.

Still, countries could individually raise and lower production. Or, more specifically, Saudi Arabia – the only country that can make massive changes to production levels – could still tailor output to meet strategic goals. But it wouldn’t be able to call upon other countries to chip in.

“It will probably not hinder Saudi Arabia to move production up and down on its own in order to address tactical turns and imbalances in the global oil market.”

“We are just a tweet away from Nopec becoming law,” Bob McNally of the Rapidan Energy Group told the FT. McNally said the legislation could lead to more volatility and lower prices if OPEC was unable to restrain supply.

“After a good dose of Nopec, if it was successful, we would end up begging them to reunite, get back into business and start controlling supply,” he added.

Maybe. But outside of oil companies themselves, there isn’t a massive constituency in the U.S. for OPEC. The cartel is not exactly popular in the United States. Moreover, if the NOPEC legislation became law and pushed down oil prices, Trump could claim credit and millions of American motorists would probably be thankful. It seems unlikely that there would be a political price to pay in the U.S. for lower oil prices and a crackdown on OPEC, even if American oil companies faced reprisals. Nobody is going to shed a tear for ExxonMobil if the company suddenly runs into trouble in Iraq or Nigeria because of the NOPEC law.