2018 marked a massive shift in market internals as ‘professionals’ dumped stocks in the last hour of trading in an almost ubiquitous manner. Bloomberg’s SMART index provides a simple way of identifying that regime change (tracking open and close ranges)… 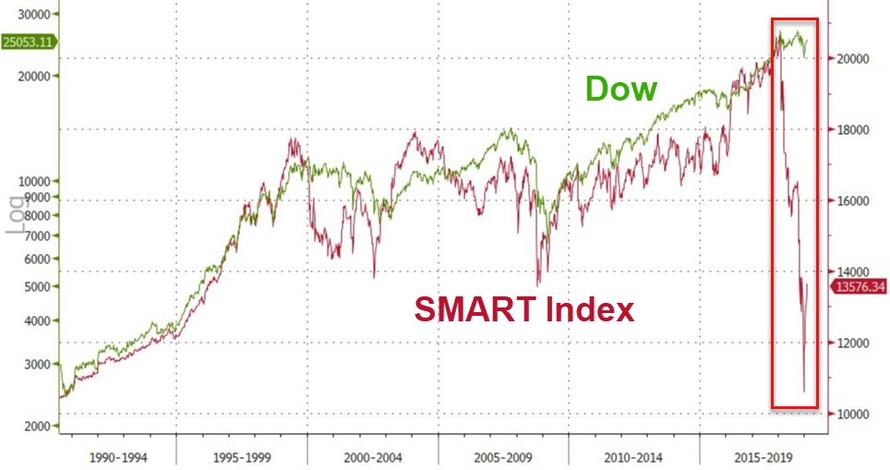 However, that all changed on Boxing Day as Mnuchin unleashed the PPT and the world’s central banks stepped in to save the world once again… 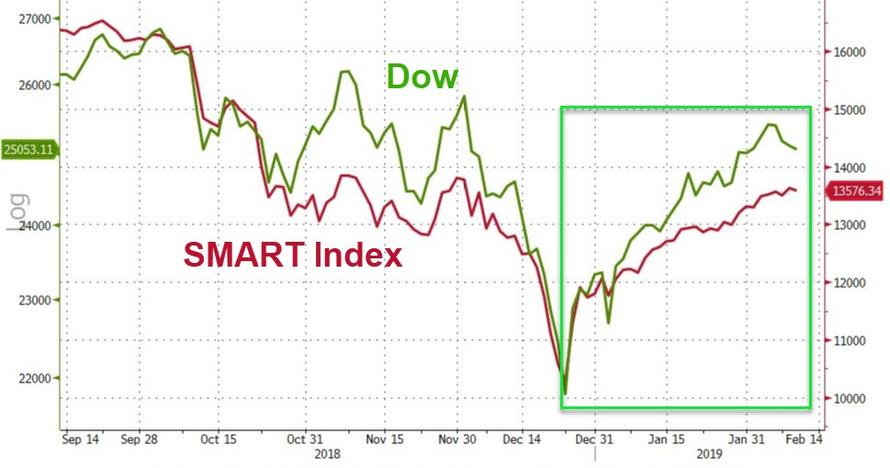 The trend of buying the close, ramping stocks in the last hour of trading, has been almost incessant.

All of which leads us to the simple “how to get rich quick and easy” trade that has been working so far this year.

As Bespoke reports, if we could only use one characteristic to describe equity market performance so far in 2019, late day strength may be the most applicable.

Heading into Monday, the S&P 500 had been up in the final hour of trading for seven straight days, and over the prior five weeks, the last hour of trading saw positive returns 90% of the time!  That kind of late day strength doesn’t occur all that often.

Ever since the S&P 500’s most recent low on December 24th, the intraday trading characteristics of the market have really shifted.  The first chart below shows the S&P 500’s average hourly performance during the period from the 9/20/18 high through 12/24. 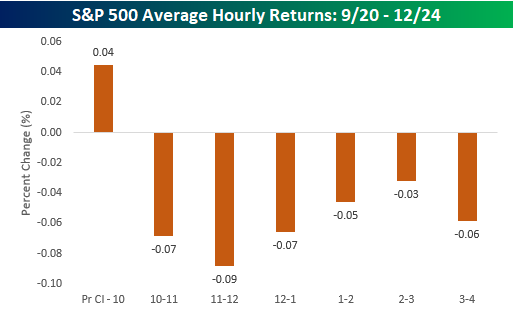 In the period since Christmas Eve, the intraday characteristics of the trading day have been completely upended. 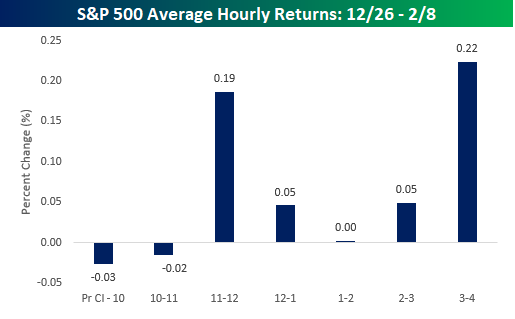 Moral of the story? If you are a bull these days, don’t take an early lunch and don’t try and cut out early to beat the traffic home! 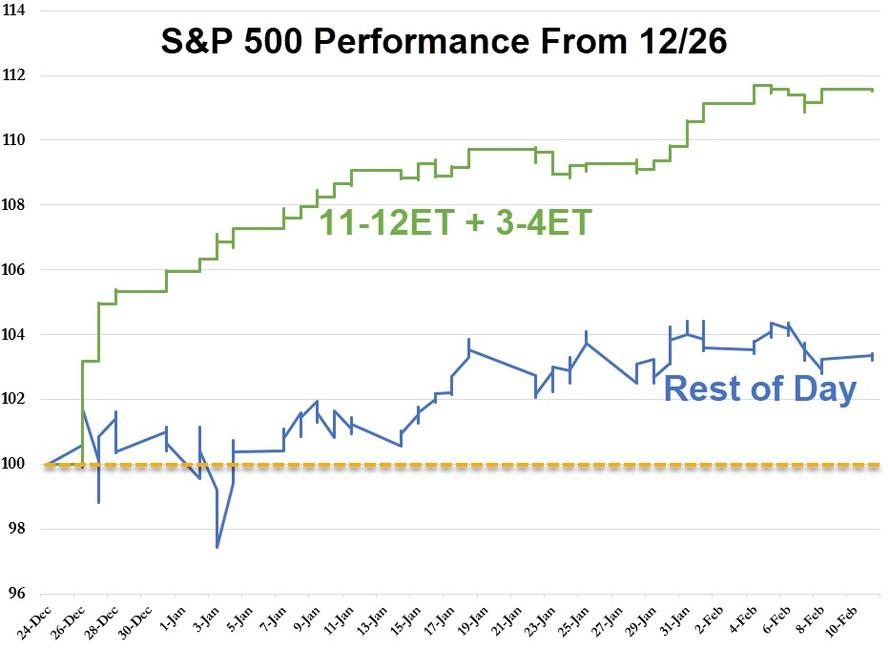 The question is – can/will the pattern continue (or more specifically, can/will the central banks keep the dream alive for new highs in global stocks?) If The BoJ’s forced taper overnight is any indication, they are starting to run out of things to ‘monetize’… and if the reality of fun-durr-mentals is ever allowed to escape the genie’s bottle, all hell will once again break loose in The Eccles Building… 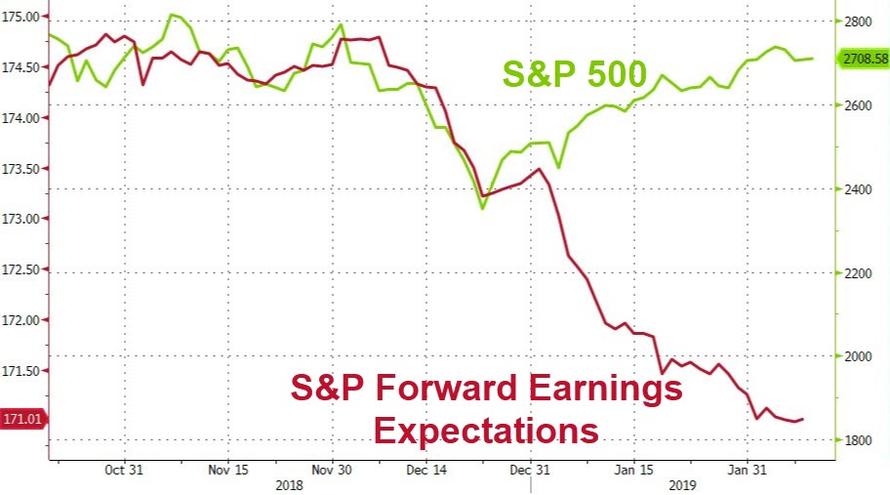