And so now along comes Andy McCabe, former Number Two at the FBI, publicizing his new book, The Threat: How the FBI Protects America in the Age of Terror and Trump, on this Sunday’s CBS 60-Minutes show, confirming what I said on this blog two years ago – that the Deep State would try to run over the Golden Golem of Greatness with the 25th Amendment.

The specter of Mr. Trump entrained by the nuclear “football” – the briefcase with launch codes for World War Three – gave US Intel communitarians such a case of the heebie-jeebies that they first sought desperately to impede his election by unlawful means and, failing in that, concocted a fog of Russian collusion conspiracy to cover up all that and much more nastiness emanating from the Hillary Clinton orbit. 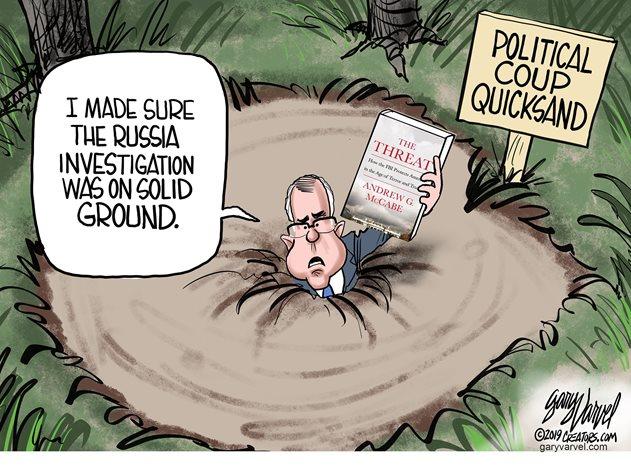 It’s been the opinion here at CFN that Mr. McCabe and a long list of DOJ / FBI / and Intel employees would eventually be summoned to grand juries on charges ranging from lying to their Internal Affairs colleagues all the way to sedition. Those worms now seem to be turning. Both house and senate committees investigating the Russia narrative declared that they turned up no evidence for it. 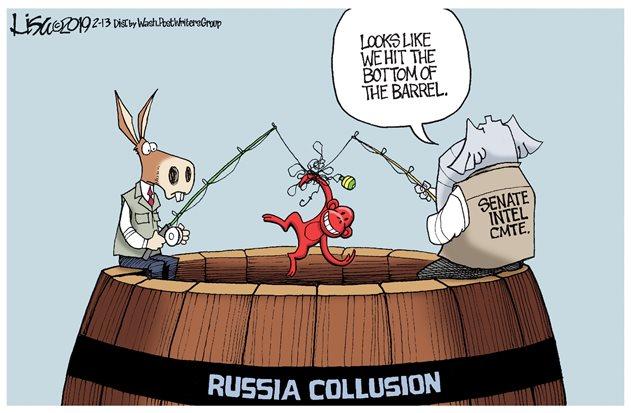 And late this week, William Barr was confirmed as a new Attorney General, meaning the extreme case of bureaucratic constipation in that department may be resolving in a shitstorm of counter-revelations and prosecutions in what amounted to an attempted coup d’etat. A lot of the evidence for that is already public and overwhelming. It includes:

These matters and a lot more have deserved official attention that was bypassed during the peculiar DOJ regime of former AG Jeff Sessions – and now some light may be about to shine on them. The Trump “resistance” already seems demoralized by the collapse of the Russia collusion story, which had been the centerpiece of their impeachment hopes. Several reconstituted house committees under the new Democratic Party chairs, have pledged to keep mining that vein of fool’s gold to keep the hysteria alive long enough for the 2020 elections.

But what will happen in the meantime as their enablers are dragged into courts of law to answer for their roguery?

My guess is that it will drive the “resistance” to new depths of delusion and, eventually, derision, as its narrative cloak gets shredded in public testimony and their audacious mendacity is revealed. The heat from these future events may be so intense and disruptive that it will interfere with the 2020 election.