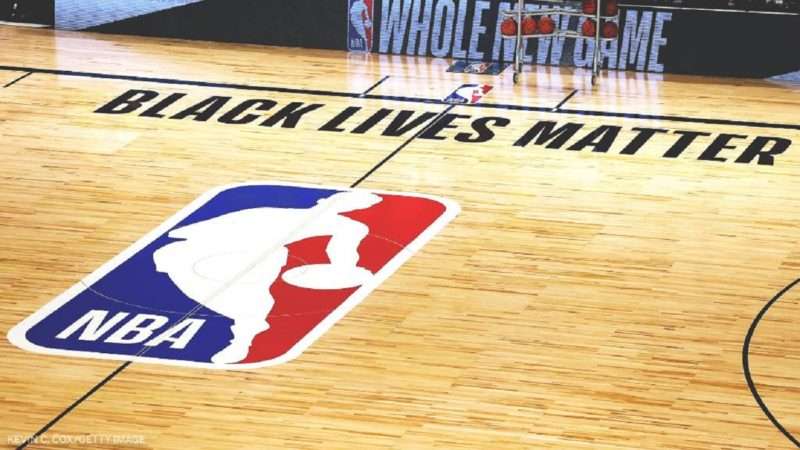 The National Basketball Association’s playoffs came to an abrupt halt on Wednesday after players boycotted scheduled games to protest the shooting of Jacob Blake, a black man, by a white police officer.

What began with a boycott carried out by a single professional basketball team quickly spread across the league and the rest of the sports world, with two other NBA games and at least one Major League Baseball game called off as additional players joined the cause.

The Milwaukee Bucks were supposed to play the fifth game of their first-round series against the Orlando Magic on Wednesday afternoon, but Bucks players refused to leave the locker room for the start of the game. After initially warming up in the arena, players for the Magic walked off the court before the scheduled tip-off. With other teams reportedly planning similar boycotts in upcoming games, the NBA made the decision to cancel Wednesday’s entire slate of playoff games.

“Some things are bigger than basketball,” Alex Lasry, the Bucks’ senior vice president, said in a statement. “The stand taken today by the players and (the organization) shows that we’re fed up. Enough is enough. Change needs to happen. I’m incredibly proud of our guys and we stand 100 percent behind our players ready to assist and bring about real change.”

Some Bucks players were trying to get in contact with Josh Kaul, Wisconsin’s state attorney general, according to The Athletic‘s Shams Charania.

Kenosha, Wisconsin, where Blake was shot in the back at point-blank range at least seven times on Sunday afternoon, is about 30 miles south of Milwaukee. The small city has been wracked by violent protests in the days since Blake’s shooting, culminating in the destruction of several businesses and the deaths of at least two people.

The Milwaukee Brewers, a Major League Baseball team, canceled their game on Wednesday evening in order to protest Blake’s shooting. Other baseball teams are reportedly considering boycotting games as well.

NBA players and coaches have spent the past few days speaking out about Blake’s shooting. On Monday, Chis Paul of the Oklahoma City Thunder—who also happens to be the president of the NBA Players Association—used a postgame interview to share his thoughts on what had taken place in Kenosha on Sunday.

“It’s not right. It’s not right,” he said. “There’s a lot of stuff going on in the country. Sports—it’s cool, it’s good…but there are the real issues we have to start addressing.”

And on Tuesday night, it was Los Angeles Clippers head coach Doc Rivers who focused his postgame news conference on how police violence against black Americans has been politicized.

Shortly after the Bucks-Magic game was postponed Wednesday, superstar Lebron James weighed in on Twitter.

FUCK THIS MAN!!!! WE DEMAND CHANGE. SICK OF IT

When the NBA restarted its season after a months-long COVID-19 disruption, the league allowed players to wear pre-approved political statements on the back of their jerseys. Many players have opted to wear expressions supporting the Black Lives Matter movement, and other statements calling attention to police violence towards black Americans. The court where the NBA is playing all its playoffs games—at the Walt Disney World resort near Orlando, Florida, inside a so-called “bubble” to protect against the spread of COVID-19—is painted with the phrase “Black Lives Matter.“

On Wednesday, those sentiments jumped beyond what the league likely intended. Adrian Wojnarowski, an ESPN reporter covering the NBA playoffs, wrote on Twitter that the players’ boycott caught team owners and league officials by surprise. “This is a pivot point for the NBA and professional sports in North America,” he wrote.

It remains to be seen what will come of Wednesday’s boycott, or whether the protests will disrupt more games in the days to come. Already, the incident has demonstrated how much power professional athletes have to call attention to issues that stretch far beyond the arenas and playing fields. In 1968, some of the NBA’s star players discussed a similar boycott in the wake of the assassination of Martin Luther King, Jr., but couldn’t stir up enough support to make it happen.

Times have clearly changed. But as professional athletes made clear on Wednesday, they have not changed enough.

from Latest – Reason.com https://ift.tt/34zgqs8
via IFTTT