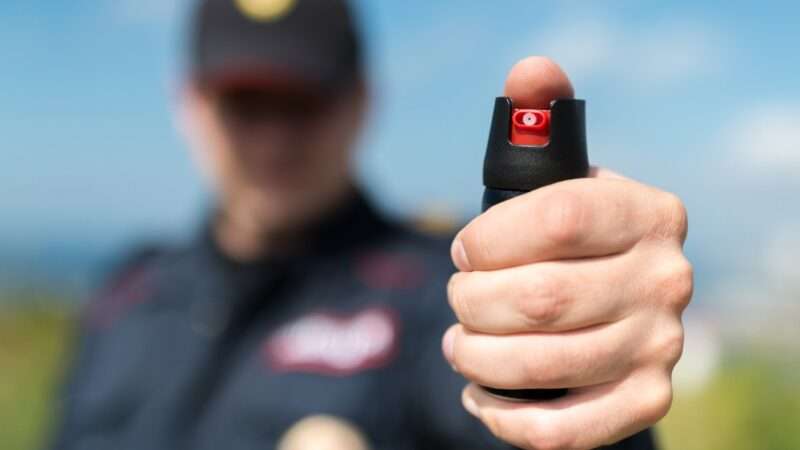 When Topeka, Kansas, police came to Michael Scott Dodson’s home seeking Michael Eugene Dodson, he told them they had the wrong man. He offered to show them his ID and asked to see their warrant. Instead, one of the officers shoved Dodson up against his truck. He says he instinctively took a defensive stance, so the officers pepper-sprayed him, slammed him against his truck again, took him to the ground and handcuffed him. A few minutes later, they realized they had the wrong man, so they released him and apologized. They also gave him a citation for interfering with a police officer.

from Latest – Reason.com https://ift.tt/3nFVqWn
via IFTTT