On December 10, 1896, in the picturesque seaside town of San Remo, Italy, the famed Swedish chemist breathed his last breath after suffering a devastating stroke, and died.

Nobel was an incredibly wealthy man at the time of his death, and most of his wealth had been placed in a trust.

(In doing this, Nobel managed to sidestep Sweden’s gargantuan inheritance tax that had been in place since 1884, AND the Kingdom of Italy’s estate tax.)

Nobel’s death is commemorated every year on December 10th, at the annual banquet which honors the newest recipients of the Nobel Prize.

That’s tomorrow. And among the honorees at this year’s banquet is the former head of the US central bank, Mr. Ben Bernanke.

I’m sure Bernanke is a wonderful human being who certainly tried his best. But, as you may recall, he was the “expert” who established the precedent of slashing interest rates to zero and conjuring trillions of dollars out of thin air.

When Bernanke first became Fed Chairman in 2006, the central bank’s balance sheet was about $850 billion. And as the housing market began to decline, he continually insisted that there wouldn’t be a housing crash… nor a recession… nor certainly a major economic crisis.

He was completely wrong on all three accounts.

Within a couple of years, the entire global economy had nearly collapsed. Bernanke responded by printing so much money that the Fed’s balance sheet ballooned to $4.5 trillion (from $850 billion). And he cut rates to zero.

Bernanke had this power because the nature of our financial system awards dictatorial control of the money supply to a tiny group of unelected central bankers. And Bernanke was the chief of that unelected committee.

Bernanke faced some criticism for his actions, most vocally by then Congressman Ron Paul.

But similar to the incorrect predictions he made about the economy and housing, Bernanke insisted that there would be no consequences… that the Federal Reserve could continue to keep rates low and print money, and nothing bad would happen.

Once again, this view proved to be totally wrong. And we’re seeing the consequences now with record high inflation.

It’s not Bernanke’s fault. He’s human. He made mistakes. All of us have.

The real problem is having a system that gives supreme control to a tiny group of imperfect, mistake-prone human beings.

The Fed has virtually zero oversight, zero accountability. They do whatever they want, and hundreds of millions of people have to suffer the consequences of their actions.

More perversely, though, they’re held up as “experts”. And even though they’re just as human as the rest of us, these “experts” are somehow seen as infallible.

We experienced the same thing during the pandemic; a tiny, unelected group of public health “experts” were given near totalitarian control over how hundreds of millions of people were allowed to live their lives.

And we were expected to suspend all doubt and scrutiny, and to believe everything they say without question… because they were the experts.

The most absurd part of all, though, is that even when they’re proven to be completely and totally wrong… these “experts” are awarded our society’s most esteemed prizes for achievement.

Again, Bernanke may be a wonderful guy who tried his best. But his approach had devastating consequences. He created one of the biggest financial bubbles in human history. And tomorrow he’s won the Nobel Prize.

This makes about as much sense as giving the Nobel Peace Prize to Henry Kissinger or Barack Obama.

Or when Will Smith received a STANDING OVATION when he won the 2022 Academy Award for Best Actor, literally minutes after assaulting Chris Rock on stage.

Or Vladimir Putin receiving the French Legion of Honor. Or Kamala Harris winning Time Magazine’s Person of the Year.

Or the New York Times and Washington Post winning the 2018 Pulitzer Prize (for ‘excellence’ in journalism) for their “deeply sourced. . . coverage of Russian interference in the 2016 presidential election”, which turned out to be a complete hoax.

Or Tony Fauci winning the US government’s “Employee of the Year” in 2020, after having already won the US Presidential Medal of Freedom.

It’s hard to take any of this seriously when these organizations bestow their awards to “experts” who are so consistently wrong.

This is the topic of our podcast today, which I call “Another win for the expert class”. It’s a bizarre cycle where ‘experts’, who sit on these award committees, bestow their prizes to other ‘experts’, thus inflating the credibility of the expert class far beyond where it should be.

Again, we’re all human, and we all make mistakes. And that’s precisely the reason why no one… no matter how much of an expert he or she may be… should have unchecked power over hundreds of millions of people.

Not to completely miss out on the fun, though, and given that this will be my last podcast until January, I also decided to resurrect an old favorite of mine– the annual Tommy Franks award.

Tommy Franks is a retired four star general who was the first commander during the early days of the War on Terror after 9/11.

Franks is a no-nonsense guy from Texas who didn’t pull any punches. And one day when a reporter asked Franks what he thought about a senior Pentagon bureaucrats, Franks didn’t miss a beat and quipped “he’s the dumbest fucking guy on the planet.”

So, since the “experts” have been showered with so many awards already, I would be remiss if I didn’t add one more to the mix, and once again roll out the annual Tommy Franks “expert” award for 2022.

Obviously the competition was pretty stiff. German Chancellor Olaf Shulz seems bent on freezing his people to death. Chinese President Xi has single-handedly been destroying his country’s social and economic prospects in the name of a virus.

Teacher’s Union head Randi Weingarten is on the list for waging jihad against America’s children. Kamala Harris makes the list for her endless incompetence and word salads.

Press Secretary Karin Jean-Pierre is also a nominee for maintaining an incredibly impressive level of general cluelessness. Pelosi makes the list for her keen grasp of arithmetic (“It costs nothing”) and for nearly causing World War IV over Taiwan.

The list goes on and on. But there is one who stands head and shoulders above all the rest.

You can listen in to the podcast, and cheer on this year’s winner, by clicking here– “Another Win for the Expert Class”. 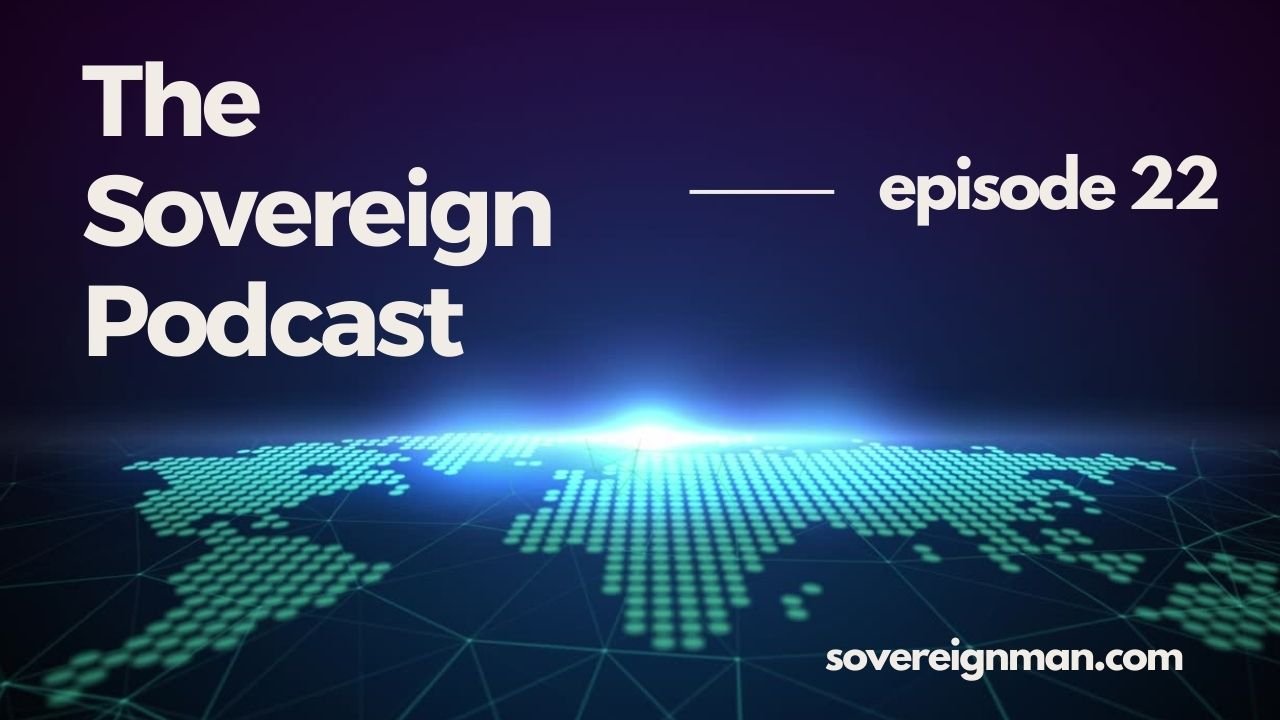 from Sovereign Research https://ift.tt/AtVDlpr
via IFTTT