Authored by Caitlin Johnstone via Medium.com,

“Endless Wars, especially those which are fought out of judgement mistakes that were made many years ago, & those where we are getting little financial or military help from the rich countries that so greatly benefit from what we are doing, will eventually come to a glorious end!”

The tweet was warmly received and celebrated by Trump’s supporters, despite the fact that it says essentially nothing since “eventually” could mean anything.

Indeed, it’s looking increasingly possible that nothing will come of the president’s stated agenda to withdraw troops from Syria other than a bunch of words which allow his anti-interventionist base to feel nice feelings inside. Yet everyone laps it up, on both ends of the political aisle, just like they always do: 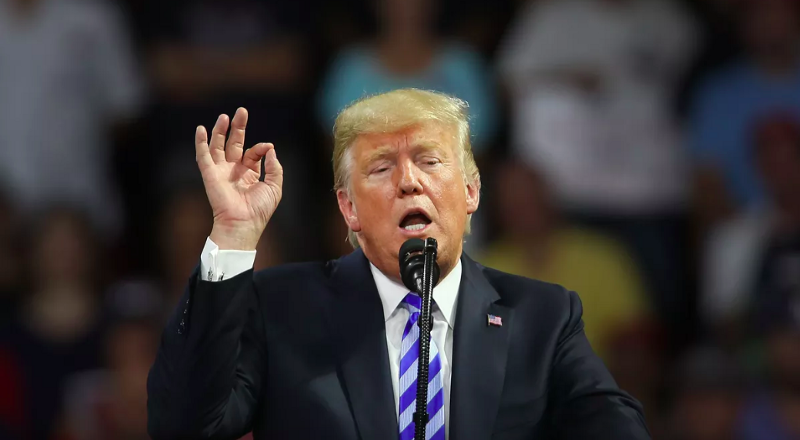 How are such wildly different pictures being painted about the same non-event? By the fact that both sides of the Trump-Syria debate have thus far been reacting solely to narrative.

Endless Wars, especially those which are fought out of judgement mistakes that were made many years ago, & those where we are getting little financial or military help from the rich countries that so greatly benefit from what we are doing, will eventually come to a glorious end!

This has consistently been the story throughout Trump’s presidency: a heavy emphasis on words and narratives and a disinterest in facts and actions. A rude tweet can dominate headlines for days, while the actual behaviors of this administration can go almost completely ignored. Trump continues to more or less advance the same warmongering Orwellian globalist policies and agendas as his predecessors along more or less the same trajectory, but frantic mass media narratives are churned out every day painting him as some unprecedented deviation from the norm. Trump himself, seemingly aware that he’s interacting entirely with perceptions and narratives instead of facts and reality, routinely makes things up whole cloth and often claims he’s “never said” things he most certainly has said. And why not? Facts don’t matter in this media environment, only narrative does.

Look at Russiagate. An excellent recent article by Ray McGovern for Consortium News titled “A Look Back at Clapper’s Jan. 2017 ‘Assessment’ on Russia-gate” reminds us on the two-year anniversary of the infamous ODNI assessment that the entire establishment Russia narrative is built upon nothing but the say-so of a couple dozen intelligence analysts hand-picked and guided by a man who helped deceive the world into Iraq, a man who is so virulently Russophobic that he’s said on more than one occasion that Russians are genetically predisposed to subversive behavior.

That January 2017 intelligence assessment has formed the foundation underlying every breathless, conspiratorial Russia story you see in western news media to this very day, and it’s completely empty. The idea that Russia interfered in the US election in any meaningful way is based on an assessment crafted by a known liar, from which countless relevant analysts were excluded, which makes no claims of certainty, and contains no publicly available evidence. It’s pure narrative from top to bottom, and therefore the “collusion” story is as well since Trump could only have colluded with an actual thing that actually happened, and there’s no evidence that it did.

So now you’ve got Trump being painted as a Putin lackey based on a completely fabricated election interference story, despite the fact that Trump has actually been far more hawkish towards Russia than any administration since the fall of the Soviet Union. With the nuclear brinkmanship this administration has been playing with its only nuclear rival on the planet, it would be so incredibly easy for Trump’s opposition to attack him on his insanely hawkish escalation of a conflict which could easily end all life on earthif any little thing goes wrong, but they don’t. Because this is all about narrative and not facts, Democrats have been paced into supporting even more sanctioning, proxy conflicts and nuclear posturing while loudly objecting to any sign of communication between the two nuclear superpowers, while Republicans are happy to see Trump increase tensions with Moscow because it combats the collusion narrative. Now both parties are supporting an anti-Russia agenda which existed in secretive US government agencies long before the 2016 election. 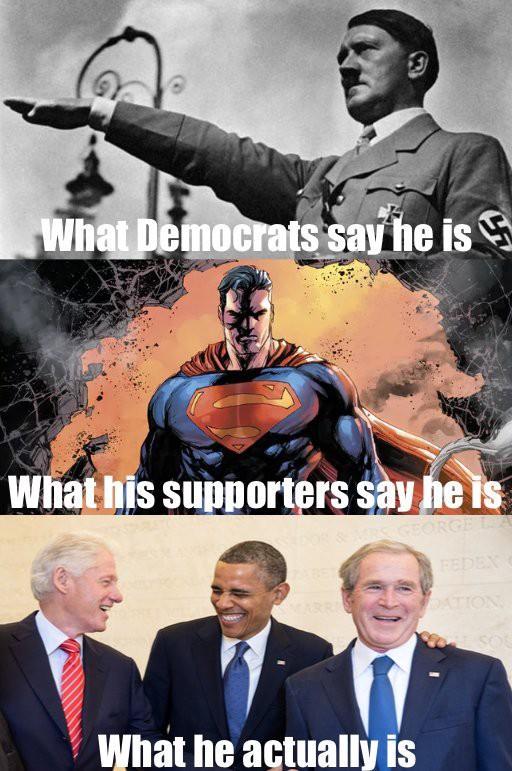 And this to me is the most significant thing about Trump’s presidency. Not any of the things people tell me I’m supposed to care about, but the fact that the age of Trump has been highlighting in a very clear way how we’re all being manipulated by manufactured narratives all the time.

Humanity lives in a world of mental narrative. We have a deeply conditioned societal habit of heaping a massive overlay of mental labels and stories on top of the raw data we take in through our senses, and those labels and stories tend to consume far more interest and attention than the actual data itself. We use labels and stories for a reason: without them it would be impossible to share abstract ideas and information with each other about what’s going on in our world. But those labels and stories get imbued with an intense amount of belief and identification; we form tight, rigid belief structures about our world, our society, and our very selves that can generate a lot of fear, hatred and suffering. Which is why it feels so nice to go out into nature and relax in an environment that isn’t shaped by human mental narrative.

This problem is exponentially exacerbated by the fact that these stories and labels are wildly subjective and very easily manipulated. Powerful people have learned that they can control the way everyone else thinks, acts and votes by controlling the stories they tell themselves about what’s going on in the world using mass media control and financial political influence, allowing ostensible democracies to be conducted in a way which serves power far more efficiently than any dictatorship.

So now America has a president who is escalating a dangerous cold war against Russia, who is working to prosecute Julian Assange and shut down WikiLeaks, who is expanding the same war on whistleblowers and Orwellian surveillance network that was expanded by Bush and Obama before him, who has expanded existing wars and made no tangible move as yet to scale them back, who is advancing the longstanding neocon agenda of regime change in Iran with starvation sanctions and CIA covert ops, and yet the two prevailing narratives about him are that he’s either (A) a swamp-draining, establishment-fighting hero of peace or that he’s (B) a treasonous Putin lackey who isn’t nearly hawkish enough toward Russia.

See how both A and B herd the public away from opposing the dangerous pro-establishment agendas being advanced by this administration? The dominant narratives could not possibly be more different from what’s actually going on, and the only reason they’re the dominant narratives is because an alliance of plutocrats and secretive government agencies exerts an immense amount of influence over the stories that are told by the political/media class.

The narrative matrix of America’s political/media landscape is a confusing labyrinth of smoke and funhouse mirrors distorting and manipulating the public consciousness at every turn. It’s psychologically torturous, which is largely why people who are deeply immersed in politics are so on-edge all the time regardless of where they’re at on the political spectrum. The only potentially good thing I can see about this forceful brutalization of the public psyche is that it might push people over the edge and shatter the illusion altogether.

Trust in the mass media is already at an all-time low while our ability to network and share information that casts doubt on official narratives is at an all-time high, which is why the establishment propaganda machine is acting so weird as it scrambles to control the narrative, and why efforts to censor the internet are getting more and more severe. It is possible that this is what it looks like when a thinking species evolves into a sane and healthy relationship with thought. Perhaps the cracks that are appearing all over official narratives today are like the first cracks appearing in an eggshell as a bird begins to hatch into the world.

The best way to get around the internet censors and make sure you see the stuff I publish is to subscribe to the mailing list for my website, which will get you an email notification for everything I publish. My articles are entirely reader-supported, so if you enjoyed this piece please consider sharing it around, liking me on Facebook, following my antics on Twitter, throwing some money into my hat on Patreon or Paypal, purchasing some of my sweet new merchandise, buying my new book Rogue Nation: Psychonautical Adventures With Caitlin Johnstone, or my previous book Woke: A Field Guide for Utopia Preppers.