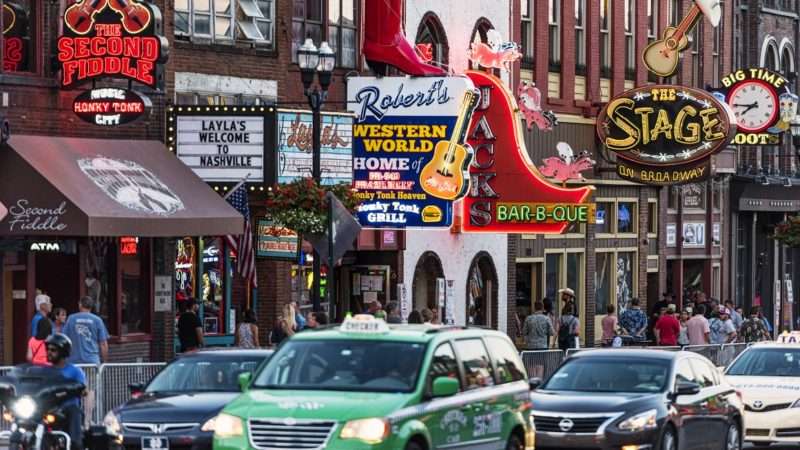 Not everyone in party town Nashville is going along with efforts to prevent the spread of COVID-19. Some have been refusing to wear masks in public, and some are…uh…having massive house parties that culminate in public sex.

In response, Nashville’s deputy chief of police told its City Council on Wednesday that the force would start citing and even arresting people who are flouting the law. The first ensuing arrest encapsulates the problems of using policing to enforce public health concerns.

The man arrested wasn’t some overprivileged drunken partier. He was an apparently homeless man by the name of Joseph Bryant, age 61.

The Tennessean reports that police saw Bryant walking on Broadway—Nashville’s nightlife corridor—at 6:30 Wednesday evening. They warned him to put on a mask. According to a police spokesman, Bryant did not do so even though he was carrying two in his pocket. When police encountered him again an hour later in the same area, he still was not wearing a mask.

“He was placed into custody and a physical arrest made due to the belief that his defiant behavior would continue if only cited a second time,” the spokesman told The Tennessean.

The address Bryant gave the police was the address of the Nashville Rescue Mission, a homeless shelter a few blocks south of Broadway. (A representative from the shelter did not return a call from Reason.) So it looks like the person the police decided really needed to be punished for his COVID-19 defiance was a homeless man walking outdoors. His behavior may well stem not from defiance but from other issues.

This is what it looks like when we ask the police to enforce these types of public health measures. Enforcement inevitably trickles down toward those who have the least power and least ability to resist.

Even worse, according to the Tennessean, Bryant had not posted bond as of this morning. The booking log for the Davidson County Sheriff’s Department show’s that Bryant has still not been released. Bryant’s criminal history in Davidson County is available from the booking site; it shows a background of drug and public intoxication arrests over the past two years. He also has some criminal trespass and assault arrests and some arrests for patronizing prostitutes. Bryant is obviously a problem case for the Nashville police, and the fact that he was targeted for arrest isn’t necessarily a coincidence.

Meanwhile, Nashville’s jails, like jails and prisons elsewhere across the country, are potential incubators of COVID-19 infections. All of the top infection clusters across the United States have been behind bars. (One of them, the Trousdale Turner Correctional Center, is about an hour away from Nashville.) Infections in jails in prisons are then, in turn, spreading back out into nearby communities. Jailing someone for refusing to wear a mask and then releasing him back into the community seems more like a recipe for spreading COVID-19 than for fighting it.

from Latest – Reason.com https://ift.tt/30wasWq
via IFTTT