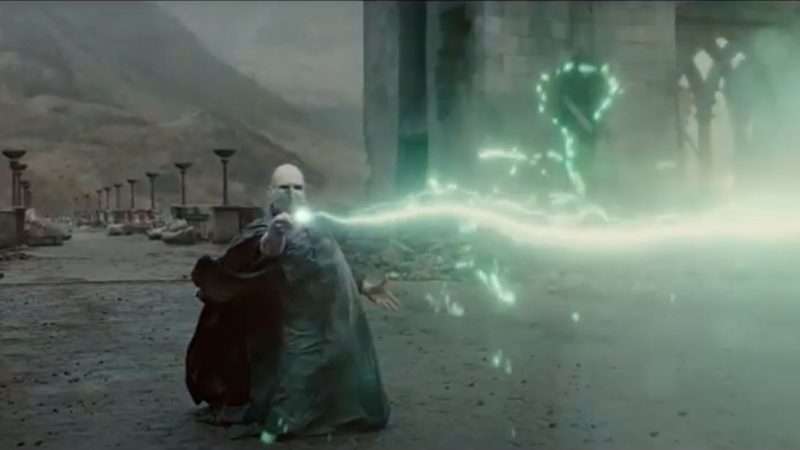 In the ongoing infantilization of all of us, it’s come to this: A new public service announcement from WarnerMedia, the Ad Council, and the Centers for Disease Control and Prevention (CDC) features digitally enhanced versions of Harry Potter, Wonder Woman, Rick and Ilsa (Humphrey Bogart and Ingrid Bergman) from Casablanca, and others who are now wearing masks as they go about their various feats of heroism and derring-do.

But villainous and morally ambiguous figures such as Voldemort from the Harry Potter series, Dr. Evil from the Austin Powers franchise, Pennywise from It, and Joaquin Phoenix’s Joker are similarly masked up. If we are so sad and stupid as to take our cues from not just celebrities but fictional characters played by celebrities, we might find it confusing that bad people wear masks every bit as much as the good guys. Nevertheless:

“WarnerMedia is proud to help educate and inform our fans about the importance of mask wearing during this pandemic. Wearing a mask is an effective way to protect ourselves and our loved ones from COVID-19. We hope that by seeing some of our favorite heroes and characters masked up, our fans will follow suit. Mask wearing is a simple step we all can take to show up and support our communities during this difficult time,” said Dennis Williams, SVP, Corporate Social Responsibility, WarnerMedia.

Such banal virtue signaling is mostly harmless, I suppose, but to the extent it furthers a metanarrative about the ability of popular culture to command and direct the behaviors of zombie-like consumers, we should push back. Almost four years ago to the day, executives at Red Lobster were claiming Beyonce’s song “Formation”—in which the singer coos “When he fuck me good/I take his ass to Red Lobster”—was responsible for a massive spike in sales (it wasn’t). This sort of alleged influence has a long history, including tales of Clark Gable singlehandedly destroying undershirt sales in Depression America and Fonzie from Happy Days generating a 500 percent increase in library card applications during the Me Decade.

During the 1990s, cultural and political elites alike wanted to believe risque cable TV programs, explicit music lyrics, newly ascendant video games, and unregulated content on the World Wide Web would inspire kids and dumb adults alike to act poorly, inciting rampant crime, high rates of risky sexual behaviors, and epidemic drug use, none of which happened. But creators of popular culture like to exaggerate their influence on behavior and politicians want to regulate things, so it’s an unholy alliance that is rearing its head again in contemporary discussions over the need to regulate social media.

Just as Fonzie didn’t create a nation of readers by getting his library card, Lord Voldemort’s willingness to cover his disturbing visage won’t goose the percentage of mask wearers (already pushing 93 percent, by the way). Still, it would be nice if we could be treated as adults rather than children. And if the CDC in particular would focus on its actual mission of preventing communicable disease.

from Latest – Reason.com https://ift.tt/2Z8kprK
via IFTTT