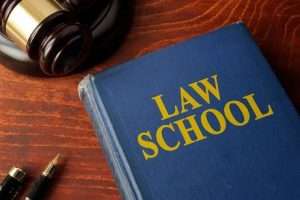 Law students around the country will be starting classes over the next few weeks. Back in 2018, I wrote a post offering advice to entering students. I tried to focus on points that I rarely, if ever, see made in other pieces of this type. I think all three remain just as relevant today. So I reprint my suggestions from the original post largely unaltered:

1. Think carefully about what kind of law you want to practice.

Law is a profession with relatively high income and social status. Yet studies repeatedly show that many lawyers are deeply unhappy, a higher percentage than in most other professions. One reason for this is that many of them hate the work they do. It doesn’t necessarily have to be that way. There are lots of different types of legal careers out there, and it’s likely that one of them will be a good fit for you. A person who would be miserable working for a large “Biglaw” firm might be happy as a public interest lawyer or a family law practitioner, and so on. But to take advantage of this diversity, you need to start considering what type of legal career best fits your needs and interests.

There are many ways to find out about potential options. But one place to start is to talk to the career services office at your school, which should have information about a range of possibilities. Many also often have databases of alumni working in various types of legal careers. Talking to these people can give you a sense of what life as a practitioner in Field X is really like.

Regardless, don’t just “go with the flow” in terms of choosing what kind of legal career you want to try. The jobs that many of your classmates want may be terrible for you (and vice versa). Keep in mind, also, that you likely have a wider range of options now than you will in five or ten years, when it may be much harder to switch to a very different field from the one you have been working in since graduation.

2. Get to know as many of your classmates and professors as you reasonably can.

Law is a “people” business. Connections are extremely important. No matter how brilliant a legal thinker you may be, it’s hard to get ahead as a lawyer purely by working alone at your desk. Many of your law school classmates could turn out to be useful connections down the road. This is obviously true at big-name national schools whose alumni routinely become judges, powerful government officials, and partners at major firms. But it’s also true at schools whose reputation is more regional or local in nature. If you plan to make a career in that area yourself, many of your classmates could turn out to be useful contacts. The same holds true for professors, many of whom have extensive connections in their respective fields. They are sometimes harder to get to know than students. But the effort is often worth it, anyway. And many of them are actually more than eager to talk about their work.

This is one front on which I didn’t do very well when I was in law school, myself. Nonetheless, I am still going to suggest you do as I say, not as I actually did. You will be better off if you learn from my mistake than if you repeat it.

3. Think about whether what you plan to do is right and just.

Law presents more serious moral dilemmas than many other professions. What lawyers do can often cost innocent people their liberty, their property, or even their lives. It can also save all three. Lawyers have played key roles in almost every major advance for liberty and justice in American history, including the establishment of the Constitution, the antislavery movement, the civil rights movement and many others. But they have also been among the major perpetrators of most of the great injustices in our history, as well.

Robert Cover’s classic book Justice Accused – a work that made a big impression on me when I was a law student – describes how some of the greatest judges and legal minds of antebellum America became complicit in the perpetuation of slavery. While we have made great progress since that time, the legal system is not as far removed from the days of the Fugitive Slave Acts as we might like to think. There are still grave injustices in the system, and lawyers whose work has the effect of perpetuating and exacerbating them. We even still have lawyers who do such things as come up with dubious rationales for deporting literal escaped slaves back to places where they are likely to face further oppression.

Law school is the right time to start working to ensure that the career you pursue is at least morally defensible. You don’t necessarily have a moral obligation to devote your career to doing good. But you should at least avoid exacerbating evil. And it’s easier to do that if you think carefully about the issues involved now (when you still have a wide range of options), than if you wait until you are already enmeshed in a job that involves perpetrating injustice. At that point, it may be too late, both for you and (more importantly) for the people harmed.

The experience of the Covid-19 pandemic has, I think, highlighted the importance of Point 2. The loss of much in-person contact was a serious problem, and we should take advantage of the rise of vaccination and natural immunity to bring it back more fully than many educational institutions did in the last academic year.

I don’t think I need to dwell on how the events of the last few years have reinforced the significance of Point 3. Suffice to say there are many recent examples of lawyers facilitating both good and evil. Even if you don’t make a point of maximizing the former, you should try to avoid contributing to the latter.

from Latest https://ift.tt/r7TbGpJ
via IFTTT