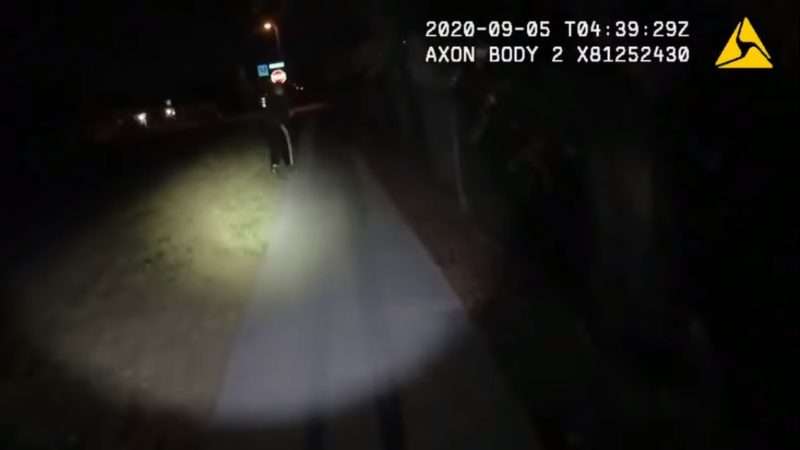 According to a statement from the SLCPD, the teen’s mother called 911 on September 4 to report that her son “was having a mental health issue and may be violent.” The teen’s mother provided additional information in the statement, saying that while her son did not like law enforcement, she believed police officers were the only ones she could call for help. When officers arrived, the teen’s mother indicated that she wanted her son to go to a hospital to receive assistance.

After receiving information from the teen’s mother, officers staged themselves around the home and knocked. Police body camera footage from the incident, available here, show the moments leading up to the shooting.

The shot teen is lays down on the sidewalk and tells the officers, “I don’t feel good. Tell my mom I love her,” while the officers shout at the teen to show his hands.

The statement says that officers handcuffed the teen and rendered aid “until medical professionals arrived and took over.” The teen was later transported to a hospital.

The teen sustained injuries in his shoulder, ankles, and stomach.

The SLCPD statement also notes that all new officers receive a 40-hour course on mental health and policing.

“Topics include an overview of mental health conditions, medications, treatments, procedures and community resources,” the statement reads. “Site visits and interactions with those who experience mental health issues help build officers’ understanding and increase the likelihood of a positive outcome by utilizing available resources.”

According to the SLCPD’s use-of-force policy, officers are supposed to take into account a subject’s “mental state or capacity” prior to using force.

The shooting will be investigated internally and by a civilian review board, and the department will not be commenting on the shooting any further.

The SLCPD is also facing criticism for an officer’s decision to command a police dog to bite a man who was already on his knees and had his hands raised in the air. The department will now suspend its use of police dogs.

from Latest – Reason.com https://ift.tt/368dqUs
via IFTTT