Via The College Fix,

A sociology and health professor at Lehigh University says we all should make use of Black History Month to do something about that thing called “whiteness.” 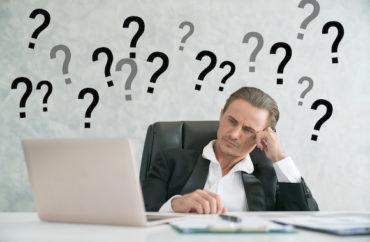 Sirry Alang (who perhaps should not have waited until the second-to-last day of the month to issue such a proclamation) says hegemonic whiteness is the metaphorical “wall” right here within the United States which prevents “full citizenship, [and] inhibits social and economic inclusion” of people of color. It also undermines their very humanity, she adds.

That’s just the first analogy. Unfazed by the truth about the Covington Catholic High School boys, Alang writes in The Morning Call that hegemonic whiteness is “the wall behind which the family of a smirking teenager paid a public relations firm to defend his actions toward a Native American elder.”

The hyperbolic maximum is then reached: Many chose to view Covington teen Nick Sandmann’s “occupation of the space” just mere inches from the Native gentleman within the “context of white racial entitlement.” This, Alang says, is “a precursor to the Native American genocide.”

Hegemonic whiteness is denying and invalidating negative experiences of people of color that are a result of their race. It is what enabled a potential presidential candidate to say that he does not see color, thereby undermining the roles of race and racism in shaping the life chances of people of color.

When unquestioned, hegemonic whiteness enables whites to take for granted that they spend most of their time with other white people in predominantly white spaces, yet question why people of color sit next to each other in these same spaces.

Hegemonic whiteness is the invisible wall between diversity and inclusion, and between inclusion and justice. Verna Myers famously wrote: “Diversity is being asked to the party. Inclusion is being asked to dance.” I think justice is having the freedom, support and resources to master and execute your own dance moves. …

As the fight for the southern border wall continues, let’s realize that hegemonic whiteness is an invisible wall serving some of the same purposes, only more insidiously. It creates an inferior “other” — people of color. It polices our actions and reminds us that we do not belong in certain spaces. It questions our motives and our authenticity. It assumes the worst about us, yet rationalizes these assumptions as being for our own good or for public safety.

Alang says her experience in local government and higher education has taught her three things: One, “don’t include people of color to check a box”; two, “move beyond inclusion and engage with justice”; and three, “inclusion and justice are not about a set of written mission statements or core values.”

It would be much easier to give credence to expertise if a person acknowledges facts, not narratives. Given that the professor prefers the latter with regards to the Covington kids, it leaves one to wonder …