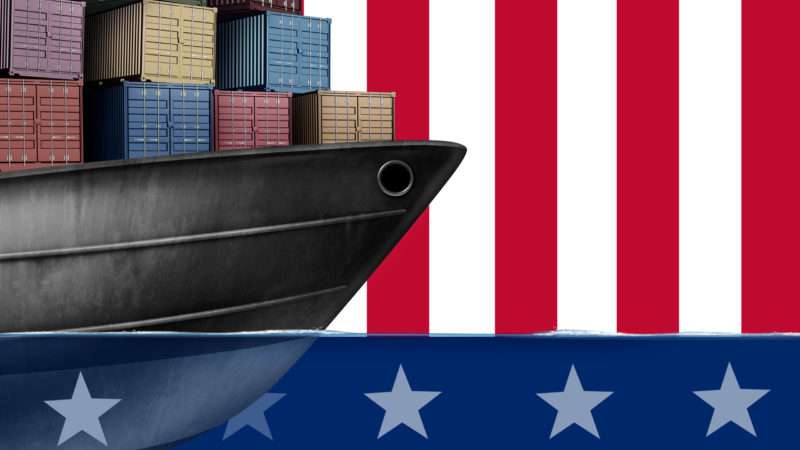 Speakers at the Republican Convention this week have routinely praised the success of Trump’s economic policies, even though his record is, at best, mixed even if one discounts the COVID-19 pandemic. When it comes to the public’s perception of Trump’s trade policies, however, he seems to have accomplished something truly impressive, if a bit bizarre: almost the entire public—regardless of party—has now come to support international trade as a concept.

This differs starkly with the wide partisan differences that hold on many other foreign policy issues.

Ask those same people how they feel about international trade, and the picture looks much different.

Until Trump, about 55 or 60 percent of the population supported trade when asked a rather standard and straight-forward question: “Overall, do you think international trade is good or bad for the US economy?” As you might expect, Republicans were a bit more supportive during the presidency of George W. Bush, while Democrats were more in favor of trade when Barack Obama was in the White House.

However, under Trump, both percentages have abruptly soared to the point of almost complete consensus: nearly 90 percent of both Democrats and Republicans now say they support international trade, and the same holds for independents.

Some of that confusion is probably due to Trump’s own mixed messages. The president has repeatedly characterized himself as a free trader. But, he says, he needs to engage actively to level the playing field by, for example, slapping tariffs on countries he judges to have broken the rules.

People tend to hear what they want to hear. In this instance, that has paradoxically enhanced support for international trade on both sides of the aisle. In some respects, it is the ultimate con, confirming, perhaps, that you can sometimes fool all the people some of the time—though in this case, the foolery is in a good direction.

But it is unlikely that Trump is doing this consciously. And whether this agreeable, if unintended, bump will outlive his presidency remains to be seen.

from Latest – Reason.com https://ift.tt/3lpbtbl
via IFTTT